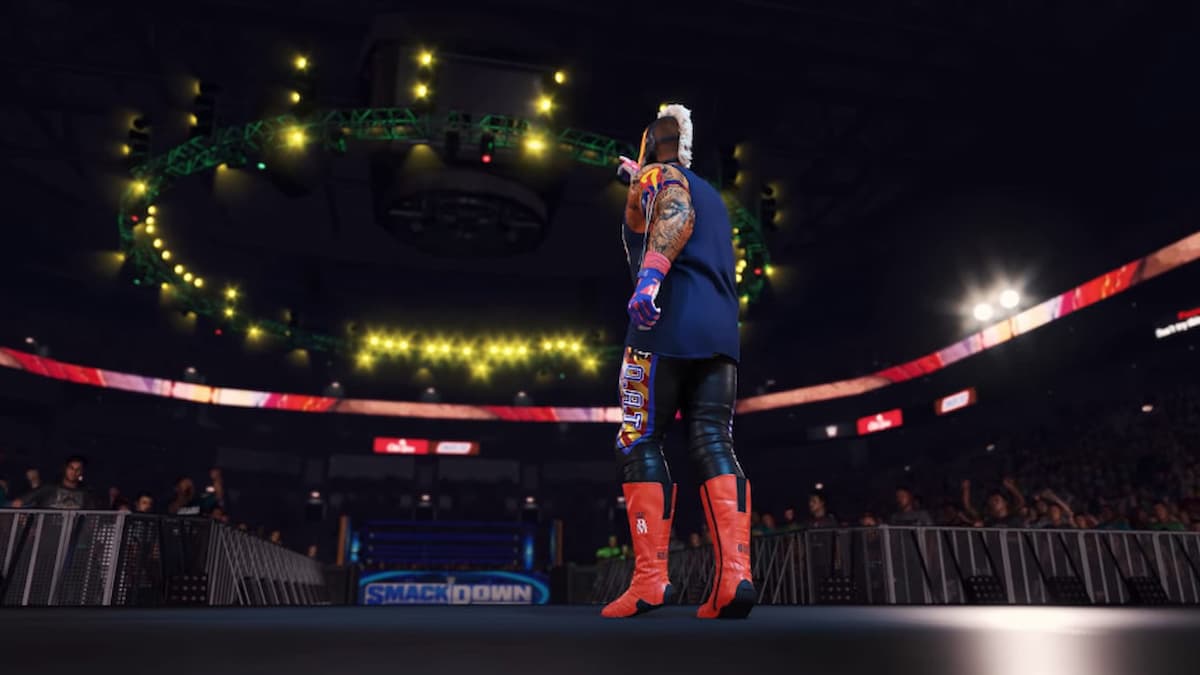 To celebrate the upcoming Wrestlemania, WWE Games and 2K have released a brand new gameplay trailer for WWE 2K22 that shows off a ton of new stuff like new backstage areas, new weapons to use, and a ton of new entries.

About a minute and six seconds into the video, you can see a backstage brawl between former champions Drew McIntyre and Bobby Lashley taking place in some kind of expanded backstage area. There is an elevator, but it’s unclear if it’s just visual or if we can use it to go to different parts of the arena. We can also see Bobby Lashley using a new weapon that has never been seen before.

About a minute and twenty seconds into the video, we see a match between Rhea Ripley and Alexa Bliss where Ripley throws Bliss onto a table already set up outside. It’s unclear if this is a special finish for a table match or just a whole new moment of hype that you can use in any hardcore style match.

Gameplay isn’t the only thing to get an upgrade, as we also see several superstars throughout the video getting a new style for their entries. We see the crown on Shinsuke Nakamura’s head, Seth Rollins’ singular glove, Brock Lesnar’s new facial hair, and the sword used to activate Drew Mcintyre’s pyro.

For a single second of the video, there is a view of a Rey Mysterio vs. Eddie Guerrero showcase mode match from WrestleMania 21. This year’s showcase mode is meant to celebrate the master of 619 and will surely be the way you Acquire many classic arenas and superstars. WWE 2K22 is set to release on the Xbox family of consoles, PlayStation family of consoles, and PC on March 11.

Sarah Lim: The Story of Merced’s “Little Snelling” and Other Historic Neighborhoods