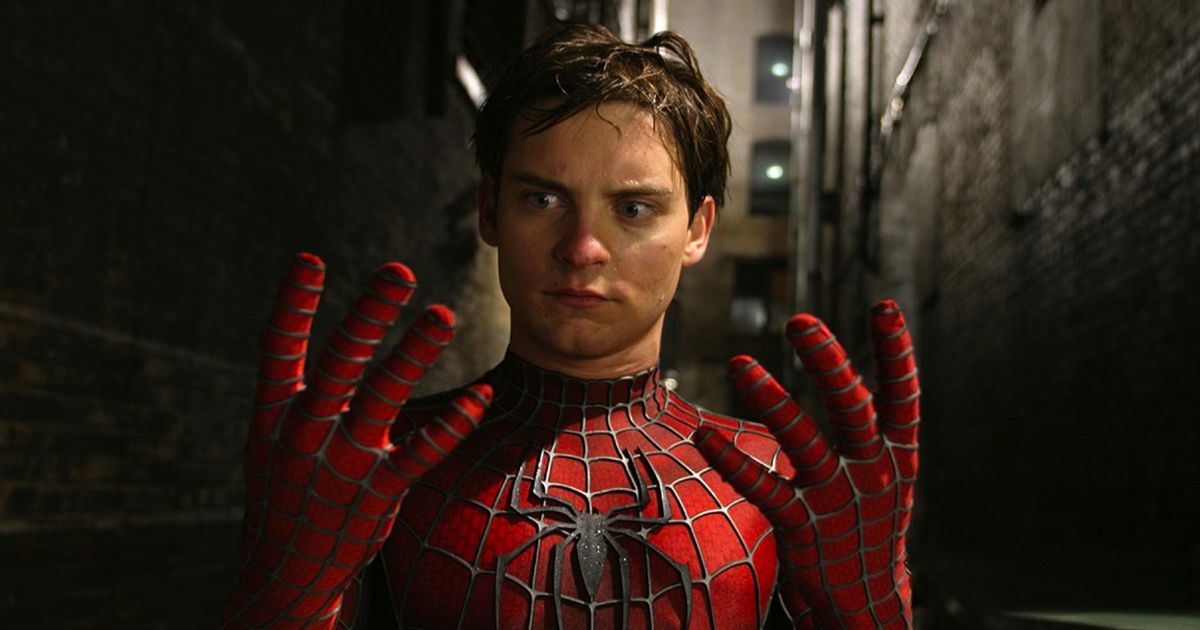 In 2002, Spider Man was released in theaters. It beat opening weekend numbers by grossing over $114 million. It would gross $825 million on a budget of $139 million during its theatrical run. It was also very well received by critics and adored by fans. It spawned two sequels and a sort of reunion in Spider-Man: No Coming Home. Now, 20 years later, it’s just as punchy and enjoyable. Everything from the performances to the iconic music and, most importantly, it’s the introduction to the most relatable superhero of all time.

This film has stood the test of time for years and will continue to do so as fans will remember it fondly.

Everyone knows how great a performer Willem Dafoe is. He had a long and prolific career that earned him four Oscar nominations. He even recently received an honorary doctorate from UWM. He brought that same energy and skill to the villainous Norman Osborn. He played it with pure chaos, anger, and a surprising amount of vulnerability. Norman is a complicated character in this film. He is going through a crisis in his life and is slowly losing his mind. This spawned some best moments for the character. His performance is still recognized as one of the greatest super-villain performances of all time. Like Tobey, Dafoe would end up reprising the role almost 20 years later in Spider-Man: No Coming Home.

Willem Dafoe isn’t the only great performance here. The entire main cast is amazing, with Tobey Maguire, Kirsten Dunst, and James Franco all featuring. All of them totally embody their characters, and the chemistry between Maguire and Dunst is easily one of the best romantic pairings in any superhero movie. It plays on the classic “girl next door” trope, but does it extremely well. Franco plays Dafoe’s son, and while they don’t look alike at all, they are also shown to have great chemistry. Their relationship sets up every movie that would follow. Even though Dafoe wouldn’t come back for them. One of the most underrated performances comes from Cliff Robertson, playing Uncle Ben. His death was heartbreaking and lingered in the public mind for years. No one has ever said, “With great power comes great responsibility” better. It also can’t be underestimated how good JK Simmons is as J. Jonah Jameson. Every actor playing that role from now on is just chasing Simmons.

Danny Elfman is perhaps best known for composing the incredible works of Tim Burton, but his score for this film is equally iconic and important. It helps define the character and set the tone that is not only a Marvel movie, but also a Sam Raimi movie. The impact of this score can be felt in all of the following Spider-Man movies and games, each trying to capture that magical feeling that Elfman created during the web scenes. There’s no greater sense of adventure than when Peter starts swinging in New York and the main title theme blares through the theater speakers.

This score was so important to the minds of the public that it was used to stir up feelings of nostalgia for Spider-Man: No Coming Home. Even if they didn’t immediately realize why they felt the way they felt, it’s hard to deny the power an iconic score has on the minds of the audience.

Not part of a larger franchise

In 2002, there was no interconnected storytelling in superhero movies. There was no massive MCU conglomeration like there is today. Whether you think that’s a good thing for cinema in general, it’s hard to deny that part of the charm of this film is that it functions as a solo film. No need to read the synopsis or watch shows on Disney Plus. He was simply telling the story he was telling and the audience was swept away with no problem. This movie’s separation from something like the MCU is a big part of why it’s lasted over 20 years later. It’s a very unique story meant to not only introduce us to Peter Parker, but to set the stage for the world of superheroes. It’s hard to get audiences invested in the story of a man gaining powers from a spider bite, but this movie did it at a time when superhero movies were almost always considered movies. flops.

While there were superhero stories that found success before 2002, it was the film that proved they could not only be box office juggernauts, but also critically acclaimed ones. The interconnected storytelling franchises are here, and they’re not going anywhere. This movie proved that you don’t need it to tell a great adventure story.

Peter Parker is every child

Amy Pascal, president of Columbia Pictures at the time of release, told Variety about the film, “We didn’t have a lot of characters like that, but at the time, to be honest, I didn’t think really about things that way. You know, nobody talked about IP. Nobody said content. Nobody said you need superhero movies. People weren’t talking like that. We fell in love with Peter Parker.” Peter Parker is all the kids who always wanted to be something more than themselves. He wasn’t an athlete, he wasn’t rich, and he was in love with someone who barely noticed him. More than any other iteration of Spider-Man, the original film shows the overwhelming humanity that Peter brings to the table. Despite all the things life throws at him, he still dons the suit and saves the day without a single thank you or anyone even knowing it was him.

Peter Parker is, in the truest sense of the word, a true superhero. 20 years later, there’s been no better example of this than the 2002 movie that introduced the majority of the world to the web-slinger. This movie, thanks in part to the character, will go down as one of the greatest superhero movies of all time.

Find Tickets to Concerts in the Tulsa Area | Music