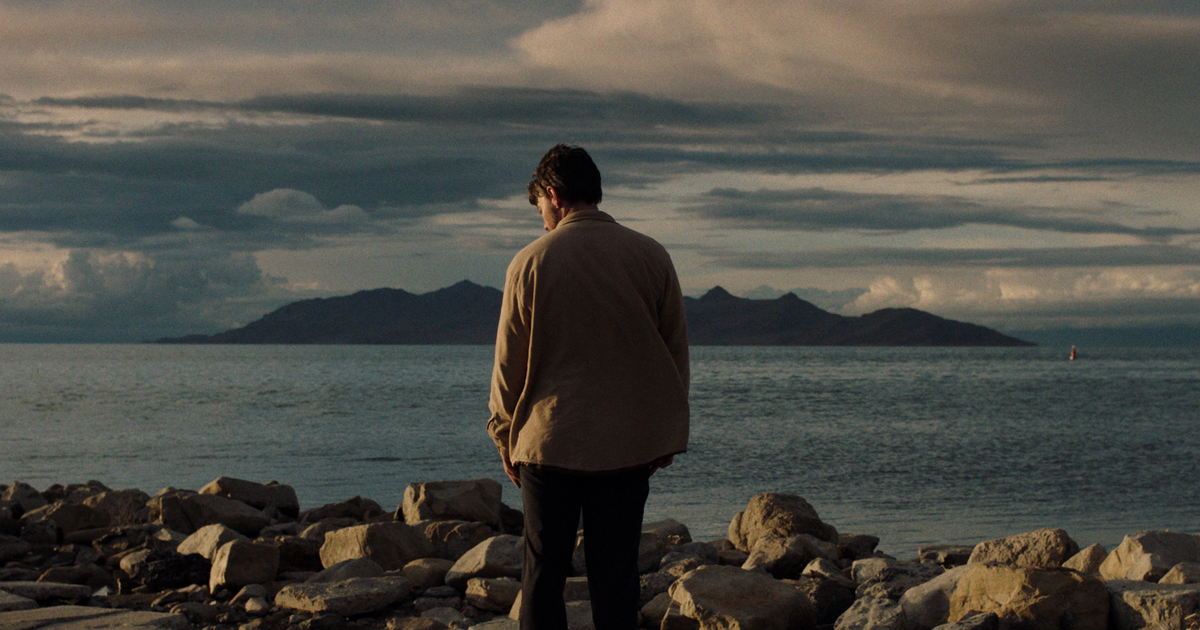 When a vampire movie needed a spooky vibe, the filmmakers came to Utah

The film’s mix of vintage and modern cars, appliances, furniture and clothing could place it anywhere between 1975 and around 2010, and the unnamed combination of urban and rural settings could place it just about anywhere. anywhere in the United States.

But the location in the movie (now streaming on Shudder and Amazon Prime) has a name — if you can spot the clues. The skyline visible from the siblings’ porch doesn’t exactly scream downtown Salt Lake City, and the house’s architectural style likely isn’t just near the University of Utah, but the entire movie was shot in Beehive State.

When Cuartas decided to make a vampire movie, he felt it wouldn’t work to film it in his sunny home state of Florida. But the “bleak atmosphere” of Utah, as a friend described it, sounded perfect.

Cuartas intentionally used the filming locations of his first feature film, he said, to reflect what is going on in the minds of the characters. Shot during the particularly rainy May 2019, “My Heart Can’t Beat Unless You Say It” shows Utah at its “darkest and most brooding,” he said.

It was a fitting backdrop for the story of Dwight — played by Salt Lake City native Patrick Fugit — and Jessie (Ingrid Sophie Schram), who are trapped in a never-ending nightmare as they deal with their younger brother, Thomas (Owen Campbell).

Almost every night they have to go out, find an unwitting soul on the street, and kill that person so that their blood will feed Thomas.

(Courtesy of Jonathan Cuartas) Siblings Dwight, Jessie and Thomas have dinner together in “My Heart Can’t Beat Unless You Say It.” The house is located in Salt Lake City near the University of Utah.

Dwight is increasingly horrified by what he and his sister are doing. Thomas, allergic to the sun, is tired of only getting a glimpse of the outside world through small holes punched in the cardboard that covers their windows. And Jessie stubbornly clings to the only remedy that seems to help sickly Thomas: blood. They all feel the pressure.

To convey that mood, Cuartas said he carefully chose the house they filmed in. Located on a hill, set back from the sidewalk, it had a “haunted house on the hill” feel that seemed to separate it from humanity, he said.

“It was just because it was isolated enough that it looked like they were hiding bodies there, but still nearby. [to downtown] where it’s not really ideal,” he said. It wasn’t nearly ideal for the 20-day whirlwind shoot either, with the crew having to worry about University of Utah students potentially throwing loud parties.

In the film, however, the loneliness is thick inside the dimly lit house. Dwight, Jessie and Thomas are often filmed up close, uncomfortably, as they try to live a normal but nocturnal life, dining on TV sets and playing a creepy old organ. The Christmas tree is just a front, Cuartas said, left months after the actual holiday by Jessie in an effort to brighten up the place.

(The Christmas decorations and the rest of the interior of the house, by the way, are the work of the director’s father, set designer Rodrigo Cuartas.)

(Courtesy of Jonathan Cuartas) Dwight drives down a mountain road in “My Heart Can’t Beat Unless You Tell Me.” This scene was shot in Big Cottonwood Canyon.

Outside, Jonathan Cuartas and cinematographer Michael Cuartas (the director’s brother) set the characters in stunning Utah landscapes including the Great Salt Lake, Heber Valley and Big Cottonwood Canyon. This was done, said Jonathan Cuartas, to make them look small in comparison, “both literally and emotionally”.

“We wanted to isolate them, so they felt lonely,” Jonathan Cuartas said. “And especially in this big world, they’re used to such a small, compressed living situation that when they’re out they feel overwhelmed, especially with the task at hand.”

Other locations in the film are less dramatic, such as the restaurant where Jessie works (Amber Restaurant in South Salt Lake), the thrift store Dwight visits (Needful Things in Murray), the hotel where he meets his girlfriend (Metropolitan Inn in Salt Lake City), and the overpass where Jessie gets directions (the North Temple Bridge).

(Courtesy of Jonathan Cuartas) Jessie, right, talks to a co-worker in “My Heart Can’t Beat Unless You Say It.” This scene was shot at Amber Restaurant, located in South Salt Lake.

Cuartas – who is from Miami and said he had never seen snowfall before coming to Utah – credits producer Jesse Brown and executive producer Kenny Riches, who both live in Salt Lake City, with the Utah filming location information. Executive producer Matt Wigham, composer Andrew Shaw, hair/makeup artist Anya Zeitlin and much of the supporting cast are also local.

“My Heart Can’t Beat Unless You Say It” has very few fangs for a vampire movie — none, in fact. Cuartas said he follows two basic vampire rules with the character of Thomas: he needs blood to survive, and he can’t go out into the light of day. But the rest of the details about Thomas’ condition are left to the imagination.

“I really like not explaining things in the movie, so we went with that archetype,” Cuartas said. “But at the same time, I didn’t want to focus on vampirism and this magical thing in the tradition of Bram Stoker. I wanted to treat it more like a disease and more of that obligation and focus almost entirely on family dynamics and the rituals they create.

(Courtesy of Jonathan Cuartas) Dwight shops at a thrift store in “My Heart Can’t Beat Unless You Say It.” This scene was shot at Needful Things, located in Murray.

To do this, in the film, whose title is a line from the song “I’m Controlled by Your Love” by Helene Smith, Cuartas said he was inspired by his own experience growing up in a family. latin. When his paternal grandmother was in hospice in 2016, he said he and his family (including his father’s nine siblings) were all stuck in a small house together.

“We were all dealing with differences of opinion and different personalities,” Cuartas said. “And there was a lot of tension and a lot of alliances that formed within different pockets of cousins ​​and aunts and uncles. And for me, that made it much harder to grieve and basically come to terms with the death of someone you love.

“But at the same time, we were still family, and we still had love and blood that we shared,” he continued. “And so that was the dichotomy I was interested in: It was the tension, but also the love.”

(Courtesy of Jonathan Cuartas) Jessie leans in a hotel room door in “My Heart Can’t Beat Unless You Tell It.” This scene was shot at the Metropolitan Inn in Salt Lake City.

Utah has long been a popular place to make horror films – from the cult classic “Carnival of Souls” (1962), which was filmed in Saltair, to the fourth, fifth and sixth chapters of the “Halloween” franchise, which were filmed in the Avenues and elsewhere.

Here are some recent horror films that were filmed in Utah:

“Thieves” (2019) • In this horror-comedy, a teenage girl wakes up to find herself nine months pregnant, one day after having had first-time sex. Turns out she’s expecting a bouncy alien baby. Watch “Snatchers” on Amazon Prime and Apple TV.

“Behind You” (2020) • Two sisters stay with their aunt and discover that all the mirrors in her house are hidden or covered. When one of the sisters finds a mirror in the basement, she unwittingly releases a demon – as if we need another reason not to look in mirrors at night. Watch “Behind You” on Hulu.

“The Wolf of Snow Hollow” (2020) • Set in the fictional town of Snow Hollow, Utah, this horror comedy was filmed in the real-life Utah towns of Kamas, Samak, and Coalville. Writer-director Jim Cummings stars as a stressed-out sheriff’s deputy battling local rumors that a series of murders were the work of a werewolf. The film features Robert Forster, who died in 2019, in his last role. Watch “The Wolf of Snow Hollow” on Amazon Prime and Apple TV.

“The Nameless Days” (TBD) • According to the trailer for this film, “The Nameless Days” are five days of the Aztec calendar that “do not belong to any month” and are a time when evil spirits chase people who try to cross the border from Mexico into the United States. This movie is “coming soon,” according to the Utah Film Commission, but doesn’t appear to have a release date yet.

“Deadstream” (TBD) • A disgraced internet personality attempts a comeback by live-streaming himself annoying ghosts at a haunted house, in which he agrees to spend a night alone. According to DeadstreamFilm.com, the horror-comedy was filmed in an actual haunted house. The Utah Film Commission says this movie is “coming soon”; no release date yet.