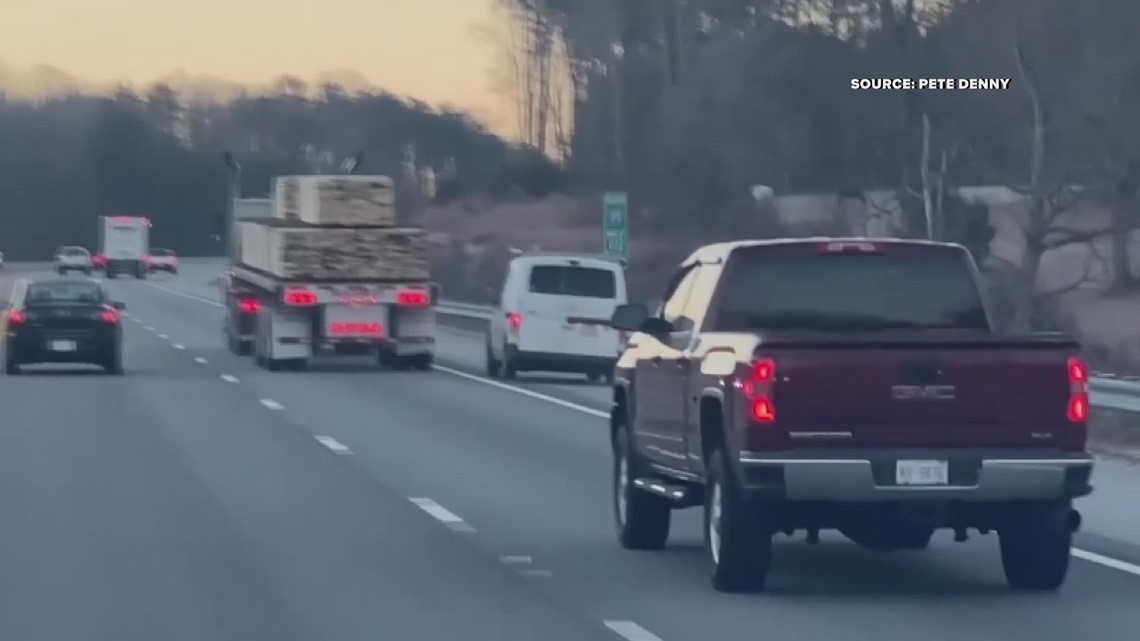 GUILFORD COUNTY, North Carolina – Two people are charged after a reckless driving incident at Guilford Co caught on camera by a Reidsville man.

A white pickup truck can be seen driving off the road to pass a tractor-trailer and weave through traffic on I-73 in Guilford County.

Pete Denny of Reidsville said the van passed him when he arrived on the freeway.

“He kept speeding up and backing up, trying to get around me,” Denny said.

He watched for several minutes as the van chased a black car. He decided to start recording. The van stalked the car and nearly hit it multiple times. The car seemed to brake.

“It just seemed like the longer it went on, the more aggressive it got,” Denny said.

He said it was about 10 miles and he kept his distance from the two.

“It could have gotten nasty and it was bad enough,” Denny said. “The wrong move at the wrong time and one of those big 18s could have hit somebody and it could have been pretty devastating.”

It all came to a head after one of the drivers appeared to throw a drink at the other. The white van cut in front of the black car and the car nearly left the road.

Then an unmarked North Carolina Highway Patrol car pulled over and turned on the lights.

The two will appear in court on April 14 in Guilford County.

Denny’s video has gotten thousands of views since he posted it. His brother is a patrolman and he hopes the video will remind people to thank law enforcement.

“These guys go out and put on the body armor every day and they risk their lives for people like you and me,” Denny said. “I was just pumped with adrenaline. So grateful and so happy to see the good guy catching the bad guy.”

He also hopes the video will serve as a reminder to people to drive defensively.

Man dies from gunshot wound after being taken to hospital