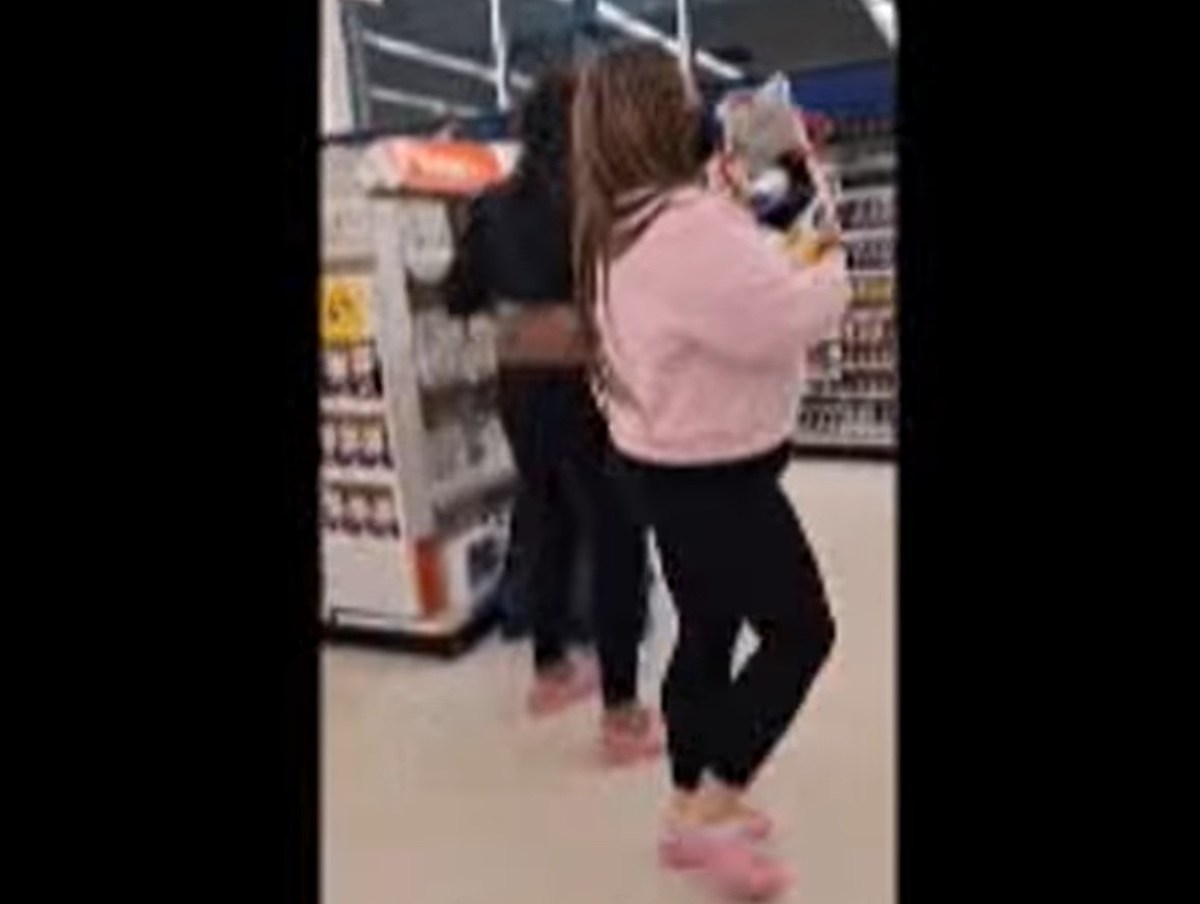 A timestamp on one of the recorded segments indicates that the shoplifting spree happened around 8:30 p.m. Friday.

A police department statement said detectives were investigating the robbery that occurred at the Walgreens location at 37 Pennsylvania Avenue on the south side of town.

According to police, the “individuals entered the store and filled bags full of items.” The women then “flee the store without paying for these items”.

Detectives released the three short video clips on Wednesday as part of their effort to identify shoplifting suspects.

Police did not release any video from the cameras outside the store, which is on the corner of Vestal and Pennsylvania avenues. The women “fleed the store in an unknown direction”. Detectives did not say if they may have left the area in a vehicle.

It’s unclear whether investigators believe those involved in the incident may have engaged in similar shoplifting at other businesses in the area.

People with information about the theft case can contact the Binghamton Police Detective Division at (607) 772-7080.

This story has been updated with new information from Binghamton Police.

WATCH: What major laws were passed in the year you were born?

The data in this list was acquired from reliable online sources and media. Read on to find out which major law was passed the year you were born and find out its name, vote count (if any), and its impact and significance.

25 real crime scenes: what do they look like today?

Below, find out where 25 of history’s most infamous crimes took place – and what these places are used for today. (If they remained standing.)

WATCH: This is the richest city in every state

Just saying the names of these cities immediately conjures up images of grand mansions, fancy cars and fancy restaurants. Read on to see which city in your home state won the title of richest place and which place had the highest median income in the country. Who knows, your hometown might even be on this list.