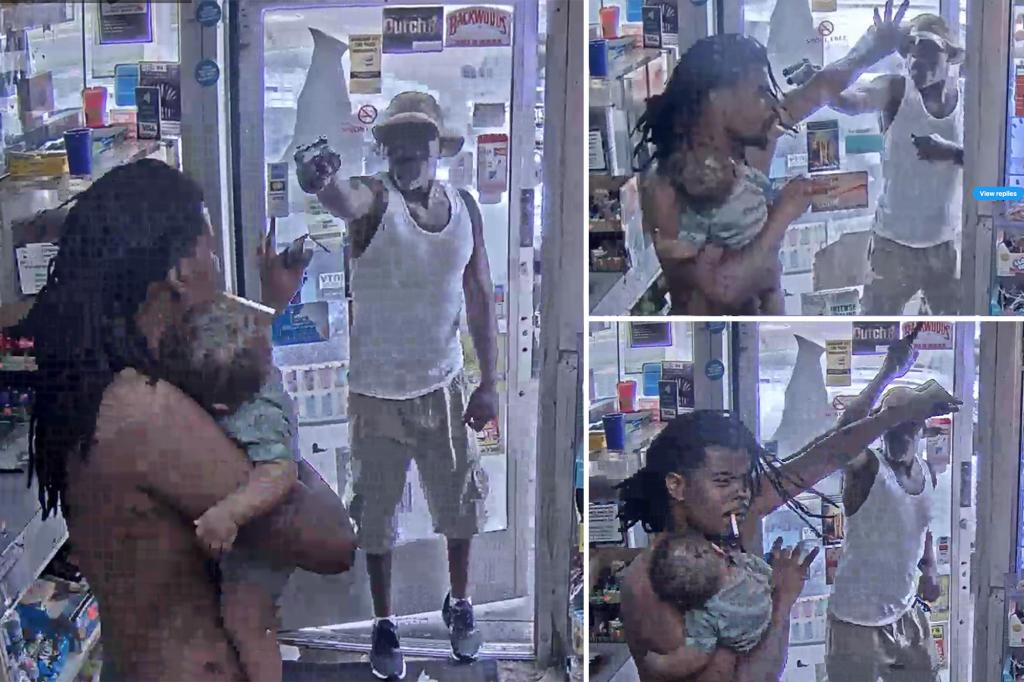 A gunman was caught on CCTV pointing a gun at the head of another man – who was holding a baby – during an argument at a Detroit gas station on Sunday, according to police and a report.

Stills from the harrowing footage released by police on Monday show the victim juggling the sleeping 7-month-old baby with one arm while reaching out his other hand in an apparent effort to protect the child from the shooter.

The victim, who has not been identified, told police he was followed by his attacker into the Valero gas station at the intersection of Hubble and Tireman avenues in the Michigan city, Fox 2 reported. Detroit News.

The outlet said it appeared the men had already argued outside.

When the assailant drew his gun, the young father raised his arm while holding the baby, striking the gun and possibly causing it to malfunction, police said.

Surveillance video later showed the shooter, dressed in a white tank top and wide-brimmed hat, exiting the gas station, fumbling with his gun.

Police appealed Monday for advice and within hours announced an arrest in the case. The suspect has not yet been identified.

The precinct praised the public on Twitter for the quick response to their request for information.

“The 2nd arrondissement would like to thank our community for providing information that led us to take this individual into custody,” he said.