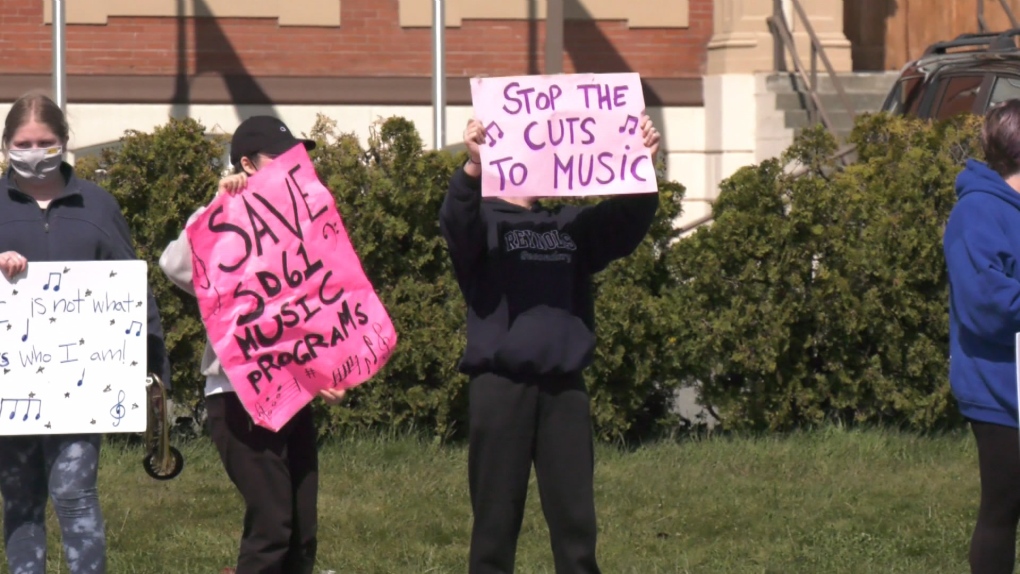 The Greater Victoria School Board has finalized some tough decisions.

It was a decision that infuriated parents and students.

The school board says it has had to contend with flat enrollment numbers, inflation and COVID-19 costs, resulting in a $7.2 million shortfall this year.

As a result, funding for the ropes program was eliminated for all elementary schools.

The board also cut college music funding by 20%.

One of the main purposes of the $268 million budget was to spare school counselors from severe cuts.

Seven positions were on the chopping block, but the board decided to save them all as mental health has become a key issue during the pandemic.

Still, the reaction to the music cuts has reached a crescendo.

Millie del Villano, a grade 12 student at Reynolds Secondary, has been involved in school music programs for a decade.

“I am outraged by their decision,” she said. “(Music) was the reason I showed up to school in the mornings and it’s the reason so many other kids show up.”

“The reality is that the province does not fund school districts to deliver music programs. so if it’s something offered outside of normal hours, it’s up to the district to fund. It’s just unsustainable,” says Painter.

“So ultimately we have to find a way to balance the desire and demand for music education in the school district with a sustainable funding model, and I think the work is still ahead. I know our board and I know our district is focused on finding a way to make it happen.

On Friday afternoon, outside the school board office, dozens of music students staged a school strike to protest the board’s decision.

Parents and students say the fight is not over and they will continue to defend music programs in Greater Victoria schools.

A summary document produced by the Greater Victoria School District outlines the following key decisions made during budget deliberations:

Additional information on the budget is available at neighborhood website.