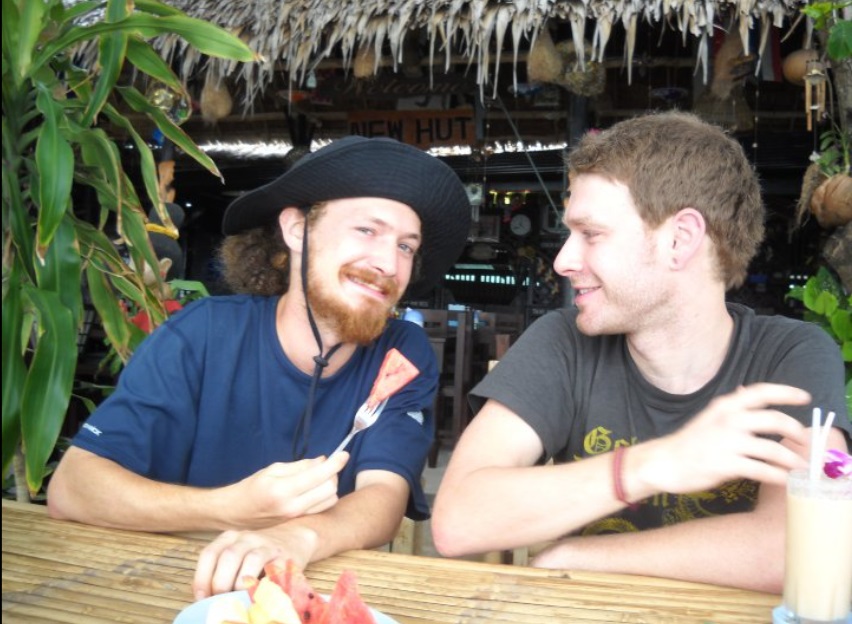 Treatments for serious mental illnesses not available to everyone – Times-Standard

Editor’s Note: This is the fourth in a series of stories about how law enforcement and the mental health system failed the Steichen family.

What happened to the Steichen family two years ago was a disaster, but the family’s story is not unique.

In March 2020, a 27-year-old Massachusetts man with untreated schizophrenia fatally stabbed his mother and stabbed his stepfather, later telling police that his “alleged mother” kidnapped him and attempted to kill him. poison.

In January 2015, a 21-year-old New Yorker with schizophrenia fatally stabbed his aunt, uncle, and sister, placing a glass nativity scene on his uncle’s stomach, among other bizarre behaviors, because he thought it was would get rid of the devil.

In October 2019, a 24-year-old Louisianan woman with untreated bipolar disorder and schizophrenia committed suicide after experiencing violent outbursts and reporting that she was hearing voices.

The nonprofit National Treatment Advocacy Center has a database of preventable tragedies with nearly 4,000 news stories from across the country about people with schizophrenia who were arrested for committing a crime, killed by police, or committing suicide, usually because they have not received treatment.

“There are many tragic outcomes and some preventable outcomes as a result of serious untreated mental illness, including violent behavior,” Elizabeth Hancq, director of research at the Treatment Advocacy Center, told The Times-Standard.

There were 14.2 million adults with a serious mental illness, such as schizophrenia or severe bipolar disorder in 2020, and 35% of them, or about 5.1 million, were without treatment, according to the National Institute of Mental Health.

Lack of treatment has many negative outcomes for people with serious mental illness, Hancq said, pointing to how they are overrepresented in jails and prisons, more likely to be victims of sexual assault and abuse. other violent assaults, more likely to end up homeless, and 16 times more likely to be shot by law enforcement and to have high rates of suicidal behavior.

“Recognition that serious untreated mental illness can lead to more violent behavior is important as we discuss and try to create policies and solutions to help,” Hancq said.

Schizophrenia and its treatments

Most of the time when people think of schizophrenia, they think of the hallucinations and delusions that people experience, said Katherine Jonas, an assistant professor of psychiatry and behavioral health at Stony Brook University and an expert on schizophrenia. These are known as positive symptoms.

“It’s one symptom dimension out of, I would say, three,” Jonas said.

The other two dimensions are negative symptoms, where people lack motivation to do things and have difficulty perceiving and expressing their emotions, and cognitive decline, which is associated with difficulty going to school and at work, as well as maintaining independent functioning.

The progression of an individual’s schizophrenia varies, but in general, according to Jonas, symptoms get worse over time, even if a person initially responds well to treatment. This treatment tends to come in the form of antipsychotic drugs, which only really impact positive symptoms like hallucinations, Jonas said.

“They don’t really do much for negative symptoms or cognitive deficits,” Jonas said. “There are a lot of researchers currently working to develop treatments for these, but there are certainly no pharmacological treatments at this time.”

There are psychosocial therapies for negative symptoms, but Jonas said it was difficult to access them because there are not many people trained to provide them in addition to the fact that it can be difficult to find. a general therapist.

“It’s more expensive than drugs,” Jonas said. “So it’s just less accessible and fewer people have access to it. Vocational rehabilitation is also very helpful, again, if you can get it. So often people just get antipsychotic drugs, that’s kind of the norm.

Sometimes people with serious mental illness suffer from a neurological condition called anosognosia or a lack of understanding that a person has a mental illness that requires treatment, causing them to refuse treatment. .

But people can also opt out if a person’s main treatment offered is antipsychotic medication, which has serious side effects, without therapy or professional rehabilitation, Jonas said.

“People tend to gain a lot of weight, and there’s a high rate of metabolic syndrome in people with schizophrenia,” Jonas said. “This is just one of the side effects of antipsychotic drugs and there are many more.”

A hundred years ago, people with serious mental illness were confined to public hospitals, but that changed with the deinstitutionalization movement half a century ago. Public hospitals were closed when the state began to prioritize the independence of people with these diseases.

“The idea behind the deinstitutionalization movement was fundamentally good,” Hancq said. “Most people with serious mental illness can live successfully in the community with adequate supports, however, adequate supports have not necessarily been realized.”

The Community Mental Health Act of 1963, which was signed by President John F. Kennedy, did not recognize hospital psychiatric care as an essential component of the continuum of care for people with psychiatric illnesses, but Hancq said that it was just as necessary as outpatient treatment. .

“Severe mental illnesses, such as schizophrenia and severe bipolar disorder, like any other chronic illness, have symptoms that rise and fall over time,” Hancq said. “So someone with a serious mental illness, when their symptoms are at their peak, may need inpatient psychiatric care at some point during their illness and should have access to those inpatient beds.”

People don’t have access to these beds because of a federal rule called the Medicaid Mental Illness Institution Exclusion, which states that inpatient psychiatric services at a psychiatric hospital with more than 16 beds cannot not be reimbursed by Medicaid funds.

But there’s also the added problem that “the treatment system is not designed for those who don’t understand they’re sick,” Hancq said.

Consistent with the rest of the deinstitutionalization movement, the state legislature passed the Lanterman-Petris-Short Act in 1967 to limit the involuntary detention of all but the most seriously mentally ill, but this soon led psychiatrists in prison to see an increased number of people with serious mental illnesses.

“Since then, we’ve been trying to figure out how we deal with the fact that people who need a lot of structure and support in the community aren’t getting it,” said Randall Hagar, director of government relations for the California Psychiatric Association. . and board member of the Treatment Advocacy Center. “So there have been various things that have been designed to help us deal with what’s called trans-institutionalisation – people going from public hospitals to jails and prisons.”

Hagar worked for years to have “severe disability” added to the involuntary treatment standard in the state, but the implementation of that standard ultimately impacts whether or not a person receives a treatment.

About 20 years ago, the state also passed Laura’s Law, named after Laura Wilcox, a 19-year-old woman who was shot and killed by a man with a serious, untreated mental illness. The law provides community-based assisted outpatient treatment for people who are unable to voluntarily access treatment due to their mental illness.

Hagar was a primary drafter of this law, as well as the state’s Mental Health Parity Act.

That program went unfunded for a long time, but Hagar said he worked with State Senator Darrell Steinberg to pass a bill clarifying that Mental Health Services Act funds could be used. for the program.

In a pinch? Here are the four loans you can get the fastest