Unsurprisingly, the most requested classic film in September was “Top Gun,” which is still enjoying its renewed relevance following the release of “Top Gun: Maverick” earlier this year.

While the original “Top Gun” had 44.9 times the average movie demand (impressive for a movie over 35 years old), “Maverick” still flies higher with 92 times the demand for the month, according to data from Parrot Analytics, which take into account consumer research, streaming, downloads and social media, among other commitments.

Become a member to find out more.

Typically, the most impactful movies a streaming platform can have will be current, trending, must-watch movies that powerfully motivate subscribers to sign up. However, as we see in this month’s data, classic movies can also be essential viewing. As franchises grow, a franchise’s original films may see renewed attention. Even beyond these franchises, classic films provide a familiar catalog of content that platforms offer their subscribers.

Two films from the original “Star Wars” trilogy were also among the most requested movies released 20 or more years ago. This year’s new Disney+ series have expanded the “Star Wars” universe and brought audiences back to the classics that launched the massive franchise. “Obi-Wan Kenobi” premiered in May, and “Andor” released its first three episodes on September 21. Clever franchise expansions like these allow Disney to not only capitalize on the success of the new series, but also benefit from an increased focus on legacy content. .

Demand for “The Nightmare Before Christmas” spiked in the month leading up to October, when it experienced a seasonal peak in demand.

“Predator 2” was among the top 10 most requested classic movies last month after the franchise’s latest film, “Prey,” was released on Hulu. Demand for the film actually peaked in mid-August when “Prey’s” premiered and has plummeted ever since.

A number of timeless favorites with great longevity also made the top 10. It’s no surprise to see that “Forrest Gump” and “Titanic” are still in high demand decades after their release, even without extended franchises or seasonal interest which helped boost demand for some of the other films this month.

It may come as a surprise to see “Anastasia” and “Spirited Away” as the most-requested classic movies aimed at kids given Disney’s deep catalog and traditional dominance among children’s content.

Looking at the relative importance of classic movies in US streamers’ libraries, we can see a few gamers taking advantage of this legacy content more than others. HBO Max had the highest total demand for its film library in September, and the total demand for classic movies on the platform was higher than any of these other streamers. As a proportion of demand for all movies on the platform, movies released 20 or more years ago accounted for 36% of demand for all movies available on HBO Max in September.

Paramount+, however, was the platform with the largest share of demand for its catalog of movies from classic movies — 40% of movie demand on Paramount+ was for movies released in 2002 or earlier. While Paramount has a large stash of classic movies to tap into for its streaming service, that number has been boosted specifically by the recent success of the original “Top Gun,” available to stream exclusively on Paramount+.

Netflix managed to have the second highest total demand for its movie catalog in September. Despite this, only 11% of this demand was for films over 20 years old – a much lower share than other platforms. This underscores the effort (and expense!) Netflix has had to put into creating its catalog of movies with recent content. Unlike legacy media companies like Paramount and Warner Bros. Discovery, Netflix couldn’t rely on decades of legacy content to bolster its movie slate. Fast forward 20 years and maybe things will be different with Netflix viewing today’s investments as tomorrow’s classics. 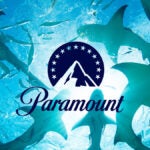