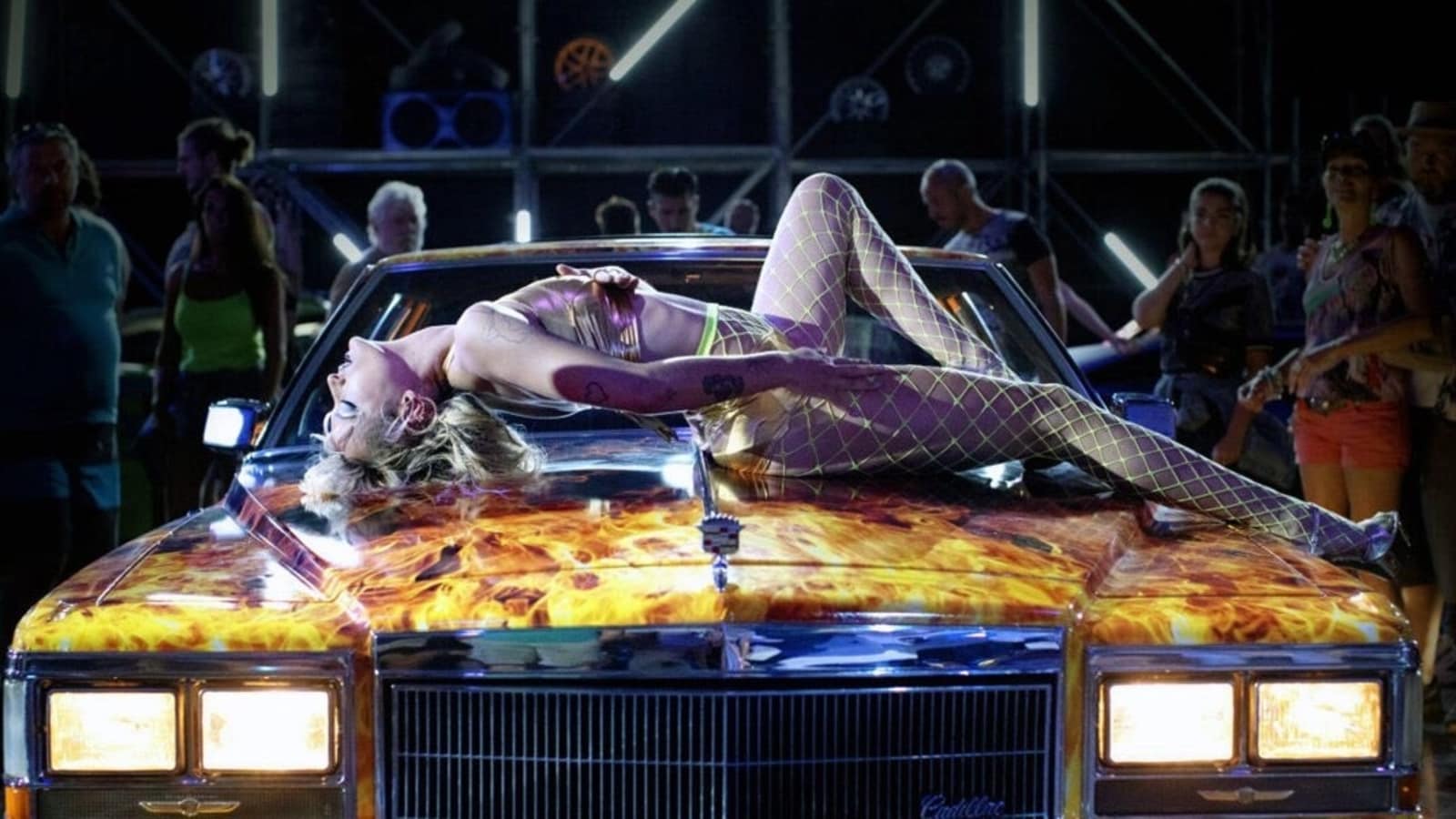 Titanium is about a serial killer who becomes pregnant after having sex with a car. This is the second feature film by French writer-director Julia Ducournau, whom I find to be an incredibly sensitive filmmaker. Titanium won the Palme d’Or at the 2021 Cannes Film Festival, where audiences were reportedly shocked and repulsed. The same had happened with his previous film Raw (2016). Scratch away the weirdness and you’ll find that his films are warm, tender stories of individuals discovering themselves.

Beneath the sensational trappings of body horror, Ducournau’s coming-of-age films feature heroines struggling with their evolving desires and changing bodies. His short film Junior (2011) depicts a young girl who molts like a snake. This is Ducournau’s metaphor for puberty. Her feature debut, Raw, might seem to be about the young heroine’s growing taste for human flesh. But it is in fact about his budding sexuality. Titanium, finally released in India on Mubi, is no different.

Alexia has been fascinated by cars since a young age. After young Alexia (Adèle Guigue) injures her head in a car accident, doctors insert a titanium plate into her head. (Titane is French for titanium). During the surgery, Alexia, who had previously appeared quite cheerful in the car before it crashed, now looks cold and expressionless, hinting at the emotional detachment that will define her as an adult. After the operation, the first thing she does when she leaves the hospital is to hug her car and kiss her. Buckle up, we are entering Ducournau country.

Adult Alexia, played by 33-year-old model and first-time actor Agathe Rouselle, is a showgirl. Ducournao presents it as spinning and rubbing against a muscle car. The seductive dance ends with her simulating bumping into the car as she stares at the camera. Minutes later, we get a glimpse of his murderous side.

The critical scene of this film is of course where the car permeates it. If that scene went wrong, the movie wouldn’t work. The way Ducournau films this moment is incredible. I won’t reveal the details, but the scene is written to choral music and bathed in the glow of dad-to-be’s car headlights. An exhausted Alexia is then framed from inside the sunroof, ominously surrounded by the flames of the car’s design. By giving this moment a religious dimension, Ducournau suggests that what has just happened is a divine miracle.

Alexia is soon a fugitive on the run, pregnant with a motorspawn. She lands in the home of grizzled fire captain Vincent (Vincent Lindon), posing as his long-lost son Adrien. As Vincent’s young male assistants struggle with what to make of the androgynous and eerily quiet faux-Adrien, Vincent cries tears of joy, eager to play the role of a father again.

Alexia is shown to be emotionally withdrawn from everyone, including her real parents. Why, the film never tells us. I guess it’s PTSD caused by the accident. When Alexia feels uncomfortable engaging with someone, she resorts to violence. Vincent, meanwhile, is alone. After his son disappeared, his wife left him. He goes through life trying to be a strong father figure to his group of young firefighters. Alexia has never known love. Vincent wants to love again. Titanium gives them touching moments and a fitting climax that shares the same conceit as the car sex scene.

Titanium has drawn comparisons to body horror master David Cronenberg’s 1996 film Crash, which is also about people being sexually turned on by cars. But apart from the issue of mechanophilia, Crash and Titanium are extremely different.

Cronenberg’s interest lies in the human condition in relation to his body and technology. Crash feels like an unbiased study of a particular psychopathology, with Cronenberg observing his characters in a petri dish. Ducournau is a completely different filmmaker. Born to a gynecologist and a dermatologist, Ducournau merges her interest in the human body with what I think are love stories. His work is best categorized as dark fantasy rather than body horror.

Read also : What The Matrix Resurrections Tells Us: There Is No Hope For Humanity

These films fell out of fashion in the mid-2010s, until Ducournau and Coralie Fargeat (director of the 2017 French thriller Revenge) armed their New-New-French-Extreme heroines with agency, vulnerability and three-dimensional personality and revive the subgenre. A woman’s body, blood and guts are still key to these films, but they are no longer props or showpieces. They are now the active agents and the central concerns.

All TV Shows and Movies Coming to Netflix in February 2022