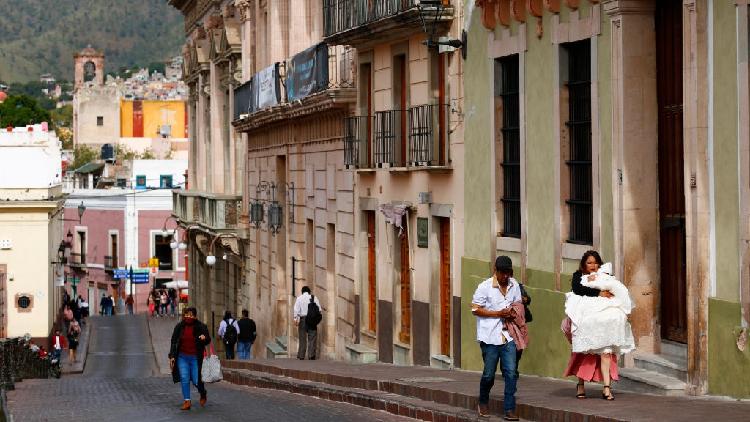 Editor’s Note: AndrÃ©s Velasco, former presidential candidate and Minister of Finance of Chile, is Dean of the School of Public Policy at the London School of Economics and Political Science. The article reflects the views of the author and not necessarily those of CGTN.

Latin Americans have many talents. One is a remarkable ability to govern ourselves badly, as the pandemic has clearly shown. Six of the 20 countries with the most COVID-19 deaths per capita in the world are in Latin America. Peru tops the list. Brazil is eighth.

Yes, poverty, a shortage of hospital beds and overcrowded housing have all contributed to the spread of the virus, but these factors alone cannot explain why the region has done so poorly. Many countries in Asia and Africa suffer from the same problems but have fewer deaths per capita. Even countries that vaccinated people early, like Chile – or which, like Uruguay, were seen as successes when the virus first struck – ended up being mediocre.

Latin America is once again preparing to rule the world – this time in post-pandemic economic failure. The region has experienced a few quarters of strong recovery, fueled by high commodity prices, but the growth engine is already faltering in several countries. The International Monetary Fund expects Latin America to be the slowest growing region of the world in 2022.

Worse, the losses appear to be permanent, with the just-released IMF report on the region concluding that it will likely never return to the per capita income track envisioned before the pandemic. In contrast, the Fund predicts that advanced economies will soon converge on their pre-virus trajectories.

The standard theory of economic growth holds that poor countries should gradually catch up with the rich. Latin America is the exception that proves the rule: for the foreseeable future, it will fall even further behind.

In the past, the region’s economy suffered when commodity prices fell. This time around, it will suffer during what looks like a mini commodities boom. Part of the reason is that slow productivity and income growth is a long-standing problem.

From the 1970s to the 1990s, Latin America missed the boat of the export-oriented manufacturing that enriched East Asia. In the 21st century, it has missed the boom in supply chains that have benefited countries from Bulgaria to Vietnam. Mexico is closely linked to North American supply chains. The large South American economies of Argentina, Brazil and Colombia are not.

The economic scars of the pandemic threaten to further weaken long-term growth performance. Thanks to the spectacularly selfish behavior of teachers’ unions, which refused to reopen schools long after workers in other sectors had returned to work, Latin American students were kept out of classrooms for 48 weeks on average during the pandemic.

In other emerging and developing economies, the figure was only 30 weeks. Privileged children with broadband access continued to learn from home; poor children did not. The impact on Latin American productivity will last for decades and worsen income inequalities.

A collapse in investment also weighs on growth. A recent survey in Chile found that 70 percent of companies have suspended expansion plans. The reasons are not difficult to understand. In the same week the investigation was conducted, downtown Santiago was vandalized, as Chileans learned that a far-right candidate joined a far-left candidate atop the polls opinion before the presidential election of November 21.

Latin America has long suffered from leftist populism. NicolÃ¡s Maduro in Venezuela, Rafael Correa in Ecuador and the Kirchners (husband and widow) in Argentina have excelled in presenting themselves as the only true representative of the people – and then weakening democratic institutions that could hold them accountable for their disastrous policies.

Today, the region is also plagued by right-wing populism. Jair Bolsonaro in Brazil, some disciples of Ãlvaro Uribe in Colombia and JosÃ© Antonio Kast in Chile recite the same Trumpian script: law and order, anti-immigrant nationalism and anti-awakening cultural war. 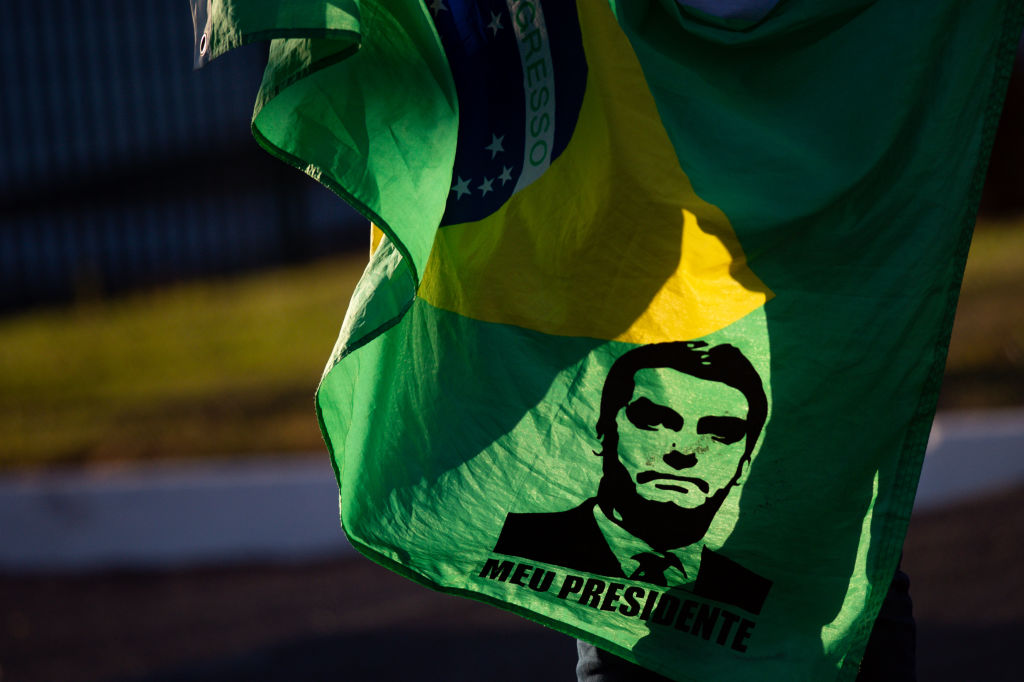 View of a flag with the face of Brazilian President Jair Bolsonaro during a protest for his government amid the COVID-19 pandemic in Brasilia, Brazil, June 9, 2020. / Getty

View of a flag with the face of Brazilian President Jair Bolsonaro during a protest for his government amid the COVID-19 pandemic in Brasilia, Brazil, June 9, 2020. / Getty

Chile, Brazil and Colombia will soon hold presidential elections, the second round of which will likely pit a right-wing King Kong against a left-wing Godzilla. In the film, the clash of the two monsters left only destruction. The same could well be happening in Latin America.

Moreover, as the pandemic may be coming to an end, the specter of a debt crisis looms. The good news is that most countries have not lost market access, so governments and businesses have been able to continue borrowing to weather the pandemic crisis. The bad news is that they now have to live with the consequences.

Much higher public and private debt, shorter maturities and rising global interest rates are a toxic combination. In several countries, including Brazil and Argentina, public debt ratios are already worrying. Faster-than-expected monetary tightening by the US Federal Reserve could set the stage for the types of debt and refinancing crises that have often plagued the region. Yet despite all its woes, Latin America can start to grow again if it seizes two opportunities. One is the relocation brought about by the pandemic and by rising tensions between China and the West.

And if the more advanced South American economies improve their ports and roads and manage to keep their finances reasonably stable, they could benefit as well. This is their second (and possibly last) chance to catch the supply chain boat they first missed a generation ago.

Greater investments in green infrastructure could also help. Multilateral lenders will be looking to finance projects in any shade of green, and the region should take full advantage. The trick will be to increase investments while increasing the region’s public debt burden as little as possible. In low-income countries, subsidies should play a central role. And for middle-income countries, capital inflows, public-private partnerships and other types of innovative financing arrangements should take center stage.

According to the Inter-American Development Bank, Latin American governments can make room for green investments if they reduce regressive spending. True, but easier said than done. Powerful players often have a strong desire for unwanted spending. Regressive and environmentally unfriendly energy subsidies are one example. Just ask the Argentinian and Ecuadorian politicians who fought to eliminate them.

â€œBrazil is the country of the future and always will be,â€ the old saying goes. Nowadays, too many other poorly governed Latin American countries are facing the same fate.