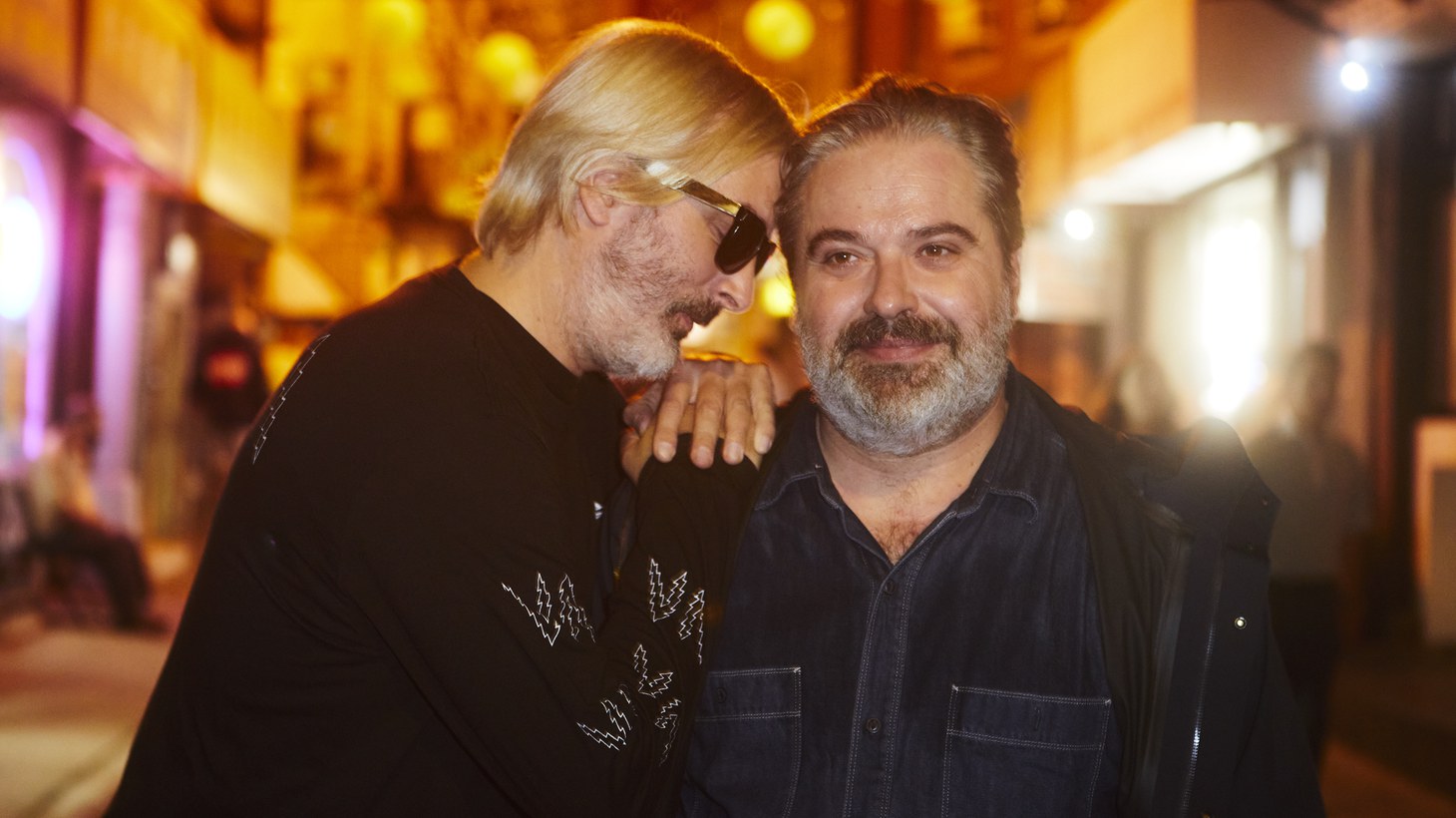 “The goal was never to release music”

Braxe + Falcon‘s”Step by step“, a powerful ballad with French house influences sung by Panda Bear, topped the Song of the Year list almost immediately after its March release. Eight months later, the fact is true, and “Step By Step remains the most played song on FREAKS ONLY this year by a wide margin.

More than 20 years after duo Alan Braxe and DJ Falcon began releasing 12-inch records on The Roll of Thomas Bangalter label, the duo’s work stands up to scrutiny (see: the essential “Music sounds better with you“). The timelessness of their productions is largely due to their reverence for 70s disco – a sound you’ll find with a vengeance in dance music – and pioneer of production and engineering techniques known as “The French Touch”.

(Fun fact: Stoner-rock gods Dinosaur Jr. were also hugely influential on DJ Falcon, Busy P, and Thomas Bangalter and Guy-Manuel de Homem-Christo of Daft Punk. Try this one on for size the next time you need to chat with other music lovers.)

Braxe + Falcon bring this same eternal warmth to DJ turntables, as if bending over their non-stop evening of a mix of guests for FREAKS ONLY earlier this year. They’re giving an in-person taster with just three US shows on the heels of their debut EP “Step by Step,” including a debut gig in LA on November 12 show at El Rey. Before the party, we caught up with Braxe + Falcon to discuss the origins of “Step By Step,” other happy accidents, and revelations about the pandemic.

KCRW: What was the original idea behind the song “Step By Step”?

Alain Braxe: The original form was instrumental. It was a very basic demo that we did seven years ago, but kind of forgot about. Two years ago we played it for Peter Berard at Domino Records (now Smugglers Path). He said, “It’s a cool instrument, you should try to make a song out of it.” At some point the idea came up to send it to Panda Bear and he wrote a song about it. It was super quick, super easy.

Were his contributions close to what you had in mind, or did he bring something completely different?

Brax: We sent him the instrumental without any comment. We just sent referral tags [of his own material] which we really liked. But we said, “You are free to do whatever you want.

DJ Falcon: And to be honest, we were shocked. Like, there was pure magic. I think it took him 48 hours. When we got the demo it was a real bomb – everyone knew that. We were so happy when we got the demo. On top of that, he’s such a nice guy. It was such a good surprise.

The road to the “Step By Step” EP took years to prepare. When did your collaboration start?

Brax: We did our first sessions together about seven years ago, and we recorded quite a few demos. We spent like two months together at my house, and we recorded beats. But at that point, we probably weren’t ready to accept that we were tempted to make music outside of the foursome format. Two years ago, during lockdown and with all the changes in the world, it helped us relax and realize that none of this mattered. The most important thing was just to release music, whether it was club music at four, or a ballad, or whatever.

Falcon: To add to that, I think during [the height of COVID lockdowns] everyone had a lot of time to reflect on things. It became more obvious after COVID that we should release this music, so it came naturally. The other thing is, when we decided to make music, it was at the same time that I was releasing the song [“Contact”] on the Daft Punk album [“Random Access Memories”]. I was very busy traveling a lot so maybe it wasn’t the best time. We also have to say that Domino’s Peter Berard was so supportive and played a big part in all of this. I think maybe we needed a third person to push us around a bit, you know? And so thanks to Peter.

Brax: I’m not sure it would be easy to select names specifically. But I think it’s not just Stéphane [DJ Falcon] and me, but a lot of French musicians — people like Justice, or even [Daft Punk’s] Thomas or Guy Manuel, we have a lot of different music from any channel. And so it is difficult to choose something specific. In the finished product, it sounds one specific way, but what we like overall in terms of music is really broad. It can range from hip-hop to rock and roll to gospel music and classical. We obviously have a fun kind of fascination with repeats and loops and stuff like that too – the feeling of restriction in music when you keep it in the simplest form. But yeah, we love music all over the world.

Falcon: I am very close to Pedro Winter [a.ka. Busy P]. And since we were skateboarding at a young age, there was this band that we all love and I found out that too [Daft Punk’s] Thomas and Guy-Man loved the band, and maybe surprisingly, but it’s Dinosaur Jr. It’s just metal and there’s something special about it. I was influenced a lot because I was into skateboarding. We used to read a Thrasher magazine, and it was all about rock, hip hop, heavy metal – all kinds of music, but they really mix it all up. And when we discovered electronic music, we still had that rock influence. For example, I love Phoenix, but on my side I had my sister who listened to Stevie Wonder and Prince. For me, Prince is a huge influence. So we also have this skate rock approach. It really helps to be a lot more open-minded.

Are there any other demo tracks beyond the ones that were part of this EP?

Brax: Yes, there are quite a few demos, but sometimes there is a long way from the demo to the finished product, if at all. It takes time to realize that the demo may actually be a finished product. It’s kind of a process. But yes, we have a lot of music on the hard drive, but it’s not over yet.

Falcon: Also, I must say that when we started spending time together in the studio, the goal was never to release music. It was just a curiosity to see what we could do together. With the history that we have – we’re cousins ​​and we’ve both released tracks for Roulé – it seemed obvious that we had to work together at some point. But for me, I never put any pressure on it, because I don’t really care about releasing music. For Alan it might be different, but when I’m in the studio I just want to have fun on my own. I’m curious to see where it might go.

Was your approach to work similar once you were in a studio environment?

Brax: Yes, we work in a similar way. We’re not good at playing the piano or the guitar, so we depend a lot on technology. What sampling or modular synthesizers can offer in terms of happy accidents… We fire up the machine, play with stuff, cut and splice edits, and just wait for luck to strike.

Falcon: And we rely on our taste. Being in the studio means witnessing happy accidents, but you also have to make choices. And so it’s a good thing that we taste quite similar. I really trust his tastes, and I think he trusts mine. I think that’s the key.

Braxe + Falcon bring their trustworthy taste as a duo to the stage for the first time in Los Angeles this Saturday via their FREAKS ONLY x KCRW presents the show at El Rey. If that’s not enough, DJ GODDOLLARS and Paradise of A club called Rhonda will throw to open things up. See you on the ground!