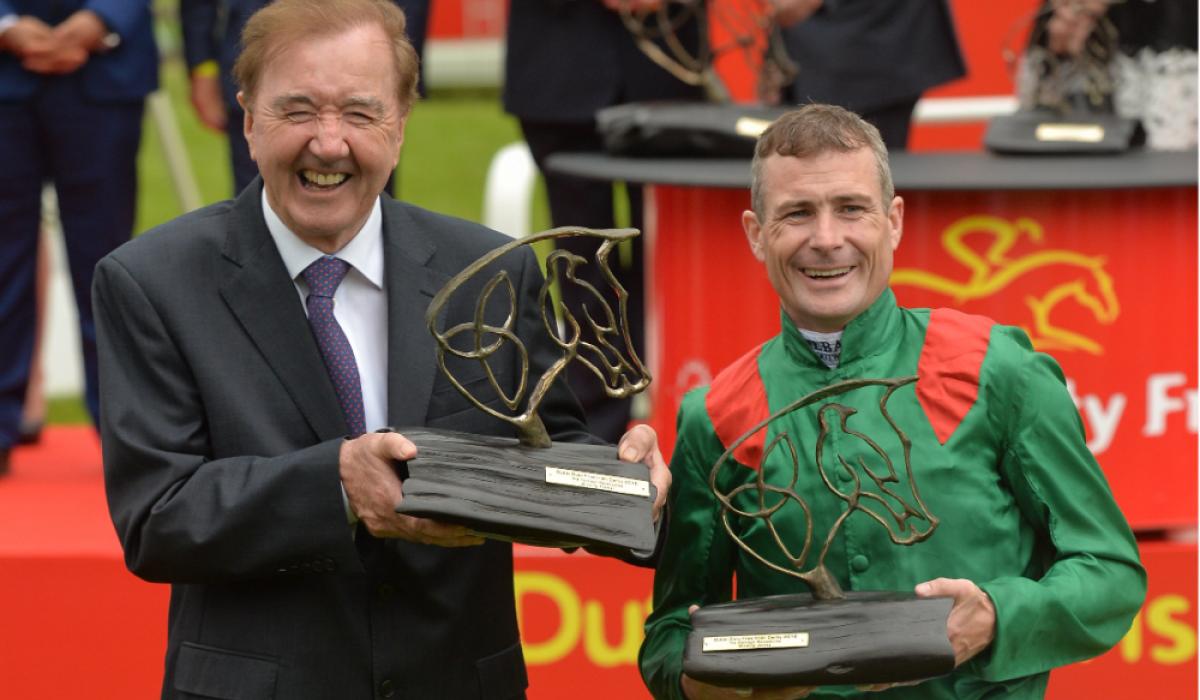 The Big Interview: 20 classics and movie magic for Kildare’s Dermot Weld ahead of this year’s Dubai Duty Free Irish Derby at the Curragh

In his own words, Dermot Weld describes the late 1970s and early 1980s as an incredibly difficult time for Irish racing and the country as a whole.

Son of an excellent trainer in his own right, Charlie Weld, Dermot, before succeeding his father, accumulated a healthy mix of experience.

He was an amateur leader in Ireland for three years and completed his veterinary studies at UCD.

Money was tight, especially at home, so before starting as a coach he made contact with owners in America and Australia. But in a time of uncertainty, getting a big win under your belt was crucial.

“I coached my first classic winners when Blue Wind won the Epsoms and Irish Oaks. Lester Piggott rode her for me and then Wally Swinburn rode her to win the Irish and then she was European three-year-old champion,” Dermot explained.
Blue Wind would prove to be the first of 27 European classic victories, including 20 in Ireland. With so many classic winners in Ireland, you’d think his biggest impact would have been at home.

However, perhaps Dermot’s greatest cultural impact has been on Australia, the racing scene below has changed forever since Coach Curragh’s visits.

The first seismic change came when Dermot and Mick Kinane traveled with Vintage Crop to Melbourne in 1993 for Australia’s biggest race, the Melbourne Cup.

They became the first cup winners outside Australia and New Zealand and in a 2018 article looking back at the race, Melbourne newspaper The Age called the victory “arguably the result that has changed the face of Australian racing”.

The significance of the victory did not escape anyone as the world watched an Irish horse take the cup. One visitor’s victory inspired other overseas owners to venture out in search of success. Even the Queen of England tried to win Australia’s first race.

A monumental event and significant enough in the eyes of the trainer to make a book out of it. Dermot wrote Vintage Crop: Against All Odds and the book ranked fifth in the Irish non-fiction charts.

Dermot, having documented his first Melbourne Cup, the win would leave his mark on the film industry with his second.
Following the Media Puzzle victory in 2002, a film called The Cup was commissioned to recreate the journey of Dermot, his team and, in particular, jockey Damien Oliver.

Damien’s brother Jason had died just a week before the Melbourne Cup after crashing during a trial at Belmont Racecourse in Perth.

Dermot landed at Tullamarine Airport in Melbourne and met a host of local and national media soon after.

“There was a huge doubt whether he was going to ride or not. They wanted to know who was going to put together Media Puzzle. They were asking me if it would be someone international or local,” Dermot recalls.

Dermot said, live on Australian television, after being asked who would be riding the Irish horse: “Listen, I’m going to wait for Damien and let him decide when he’s ready, he’s mourning a loss. But when he’s ready, he’ll let me know and I’ll wait as long as possible.

This show of compassion from Dermot would have a huge impact on the man in question, Damien Oliver. The jockey saw the interview and decided he was going to compete in the Melbourne Cup for himself and his brother.

A moment worthy of a movie and all that goes with it. Dermot, after his glee for Media Puzzle and Damien Oliver, should now help portray him on the big screen.

Dermot found himself helping Brendan Gleeson portray him and was pleased with the legendary Irish actor’s efforts.

“I think he did a good job. He came to the Curragh and spent a few days with me. He did extensive research into what is typical of the brilliant actor that he is,” Dermot explained.

“He stayed in touch throughout filming and overall it was a great movie. He came down and watched the horses practice and we went through things.

A book written about one victory and a film about another.

However, Dermot is no stranger to firsts in international racing. All the European classics are well documented, but the Curragh man has blazed new trails for Irish coaches around the world.

“The greatest victory of all at international level was the Belmont Stakes with Go and Go (1990) ridden by Michael Kinane. This is the third leg of the Triple Crown and so far no other horse outside the “America won the race. We’re still the only winner of this race from overseas,” Dermot said.

Dermot seemed keen to tick off continents as he went and when it was announced that Hong Kong had a new Group 1 race in the form of the Hong Kong Mile, he was straight on it.

“Myself and Michael Kinane brought two horses to Hong Kong. They competed in both Grade 1 races held in December in Hong Kong. Additional Risk won the Hong Kong Mile with a new track record at the Sha Tin Racecourse and Prudent Manner finished second in the Vase,” Dermot explained.

It’s great to innovate overseas, but there’s always going to be some special impact to winning at home too. Dermot kept his consistency in Group 1s and this year was no different with Homeless Songs winning the 1,000 Guineas.

After talking to various coaches and digging through their records, you always spot one. A gap. An exceptionally long stretch where a big run slipped their minds and they may have thought it wouldn’t.

Wille Mullins and the Gold Cup, Noel Meade and the Cheltenham Festival.

Dermot was the Derby of Epsom and it took Harzand’s victory in 2016, some 35 years after his first classic victory, to shake off that monkey.

“I always wanted to win the Epsom Derby. It gave me what felt like my finest hour. I had won the Irish Derby, won races all over the world, but it was that race that is still the pinnacle of flat racing in Europe that I hadn’t won,” Dermot explained.

But as a Curragh man, Dermot reflects more than fondly on his latest Irish Derby win. It was the same year with Harzand, ridden by legendary jockey Pat Smullen, who did the 2016 Derby double.

“It was a special year, a special horse. The great Pat Smullen will always be remembered. It is very difficult to get a good enough horse and you only get a limited number of attempts to win the big races. Me and Pat knew it was so important that we win,” Dermot recalled.

Great victories will always be etched in the memory, but what can elevate them to another level is a personal element. Dermot has a clear memory of a win that stood out for him when he coached Nighttime to a win in the 2006 installment of the Irish 1,000 Guineas.

That personal element that made it all so special?

“My mom raised her, owned her and I trained her and she continued to be great for us. Big wins and she made us proud when she raced,” Dermot said.

In the same vein as what wins, the Dermot special closed the interview by paying tribute to his stable at Rosewell House on the Curragh, and all the hard work that goes into it.

Dermot concluded: “I appreciate my two sons Mark and Chris who are heavily involved in the business. I had the loyalty of brilliant runners like Michael Kinane, Pat Smullen and Wally Swinburn. I was lucky to have a great staff and most of them have been with me for a long time. It’s all about teamwork. »