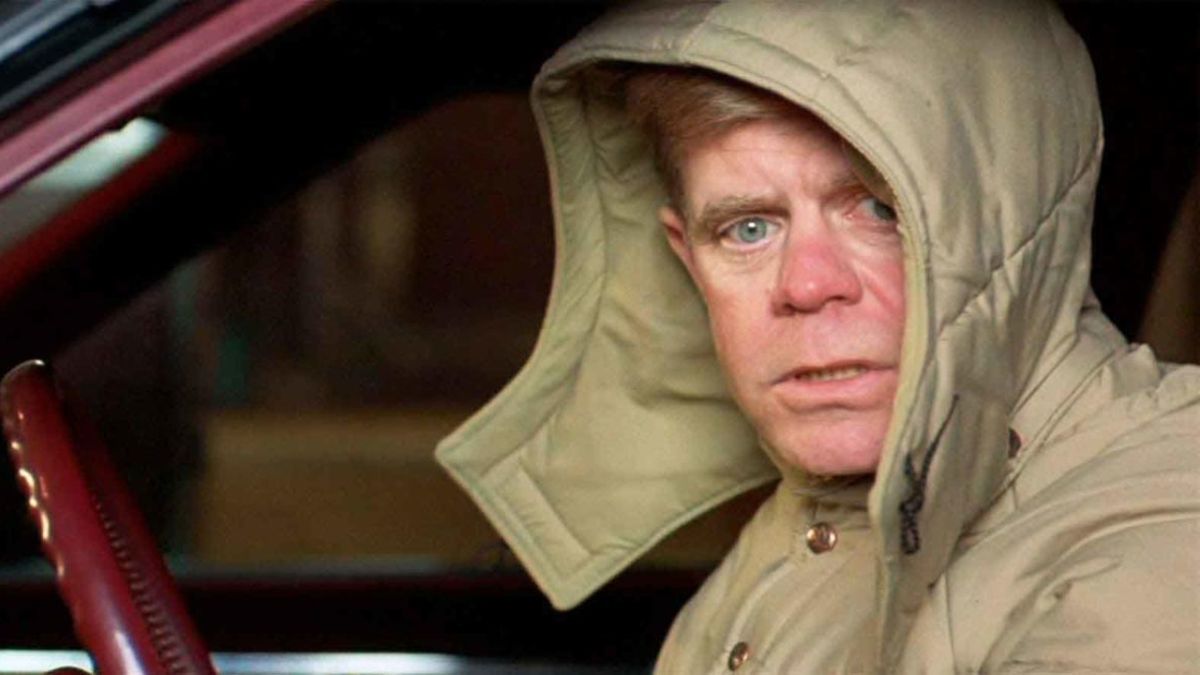 The best William H. Macy movies and TV shows and how to watch them

When you think of one of the most versatile actors of the past twenty years, what names do you think of? One of them for me is William H. Macy. While many young people like me probably know him for his iconic role as Frank Gallagher in the Shameless Cast on Showtime, he’s known for plenty of other amazing roles that you should check out ASAP.

From Fargo for The Cooler, these are some of the best William H. Macy movies and TV shows streaming right now — or, you can find them available to rent.

The Gallagher family is one family you don’t want to bother with. In Shameless, we follow this South Side Chicago clan through their daily troubles as they try to survive in the city, make a living, earn a graduate degree, or just try not to get arrested – but a Gallagher will do what a Gallagher does.

As one of best shows on showtime, Shameless is truly iconic in every sense of the word, and that includes William H. Macy’s portrayal of Frank, the family patriarch. Frank is a piece of human garbage, and William H. Macy knocked it out of the park for more than a decade, earning Primetime Emmy Award nominations. If shows about dysfunctional families are your favorite, you should definitely watch Shameless.

This iconic film by the Coen brothers is the one you should not miss. Fargo, starring William H. Macy and Frances McDormand, tells the story of a man who comes up with a kidnapping scheme in order to pay off his many debts. However, the plot turns south when a dedicated police chief begins to investigate the death of a state trooper.

I feel like it’s one of those movies you really don’t want to know anything about. William H. Macy received tons acclaimed for his role as Jerry Lundegaard, and although he had a lot of work before, many people (including myself) have known him since Fargo. Murder, mystery and black comedy galore. Must watch Fargo, then learn some behind the scenes facts about the movie.

Ready for a star-studded comedy-drama? boogie nights is a film that tells the story of a dishwasher who starts acting in pornographic films. Over time, he becomes a huge star within the industry, but fame also has its consequences, and slowly his world begins to crumble.

I think what I love most about this movie is that it’s so funny. Everyone works so well off each other. William H. Macy rocks him into his role as “Little Bill” Thompson and delivers some seriously funny moments, but the whole boogie nights the cast is so perfect. The film was nominated for three Oscars, including Best Screenplay, so you know it’s going to be a great story.

This comedy is a hidden gem. Happy Texas follows a pair of prisoners who somehow escape and end up in a small town in Texas, and are mistaken for a gay couple. Seeing the advantage of the situation, they decide to use this cover to plan their next heist.

William H. Macy plays the sheriff, Harry, in the small town of Happy, and I have to say he’s the best part of this movie. While there are many funny moments, I can’t quite get over his portrayal of Happy, because it’s so there and funny that you can’t help but love it. Moreover, the story of the sheriff always makes me laugh.

Oleanna, starring William H. Macy and Debra Eisenstadt, is based on the play of the same name, telling the story of a young student who goes to talk with her professor about a grade she received, but even when the professor decides to helping her, misunderstandings and miscommunication led to her downfall when she accused him of sexual assault.

While oleanna isn’t a very well-known Macy’s movie, I think it deserves a lot more praise. Since there’s only Macy and Eisenstadt in the film, we can fully see their dramatic prowess, and their acting is fair. surprising. They hold our attention so well that you’ll find it hard to take your eyes off them for even a second.

Emergencies was a very popular long-running drama that focused on the fictional County General Hospital, following the daily lives of its doctors, nurses, staff, and everyone else as they worked at this Chicago emergency facility.

Emergencies was one of those shows that made medical series like Grey’s Anatomy possible, and over the years there are were numerous the stars who played there. But William H. Macy wasn’t just a guest – he was a recurring character and appeared on the show several times as Dr. David Morgenstern.

While he was on the show fairly regularly as a recurring guest at first, he took a step back after season 4, then returned to the role for the fifteenth season. He’s certainly one of his most diverse characters, and imagining him as a doctor is still weird now after seeing him as Frank Gallagher, but it shows just what a skilled actor he is.

Now this is a must-see William H. Macy film. The cooler is all about a lonely man who works as a successful gambling hazard in a Las Vegas casino. But, when he meets a woman and starts falling in love, it affects his performance, so his boss decides to end the romance.

The cooler received critical acclaim upon its release not only for its story, but for the acting from all parties, especially Alec Baldwin, who played Macy’s boss in the film. However, William H. Macy as a leading man never tires me, and he was excellent as Bernie from the start, which made me want to watch him do better and succeed in life. .

If you’re looking for a good crime movie, check it out Homicide. This film, starring William H. Macy and Joe Mantegna, tells the story of a homicide detective and his partner who become entangled in a deeper case that extends to the detective’s own legacy, changing his life forever.

I look somehow Homicide like a “book-based” crime movie, because it feels exactly like the kind of movie you would show someone if you want them to get into crime movies because it’s not too intense. However, the real draw of this film for me is Macy’s excellent acting alongside Mantegna and their impressive chemistry as detectives. Lots of twists for your enjoyment too.

If you’re looking to cry Hall is the film to see. With Brie Larson and Jacob Tremblay, this story tells the story of Jack, a boy who is cared for by his mother, who was locked in a shed before having him and who has not seen his family for seven years. Soon she finds a way out and the boy discovers the world for the first time.

Although William H. Macy isn’t the main star of this film, his portrayal of Robert Newsome, Joy Newsome’s father, broke my heart in the best way, if that makes sense. His game was so phenomenal and shows the true terror a parent feels when their child is taken from them; regret, shame – every emotion you could think of, William H. Macy portrayed perfectly. It’s definitely one of his best acting performances.

Broadcast room in Showtime.
Rent a room on Amazon.

Pleasantville is a teen comedy-drama that follows every teenager’s worst nightmare – ending one way or another in a 1950s TV show set in the Midwest, where everyone seems to be absolutely perfect, but there are dark secrets.

This whole movie is just brilliant from start to finish. William H. Macy, in another great supporting role, plays George Parker, the father of the two main characters, and is integral to the story that drives the characters forward. The film itself was also ideal for the careers of many actors, including Tobey Maguire, Reese Witherspoon, and more. Check it out if you’ve never seen it before.

Last but not least, we have Magnolia. This epic drama with a big The ensemble cast focuses on the idea of ​​happiness, forgiveness, and reconciliation, following several different stories that intersect in the San Fernando Valley.

While a big star of this film was Tom Cruise, who was nominated for an Oscar for his work, everyone in this great cast is truly amazing, including William H. Macy. His role as Donnie Smith, also known as the “Quiz Kid”, was one of the best stories in the film, showing that money is not the key to happiness and that finding people who truly care you are. It’s just a great, full-length movie with a prominent story.

William H. Macy made so many other great movies, including mysterious men, and Thanks for smoking, but these are just a few of my personal favorites. Maybe after today you’ll have found a new favorite movie or TV show starring the talented actor – and keep an eye out for him on the Hulu series, The stall.