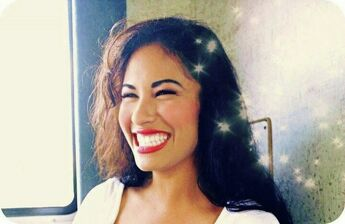 A new Selena album will feature new arrangements of her songs by her brother AB Quintanilla III.

Two new albums from Tejano icon Selena are on the way, according to her father Abraham Quintanilla.

The first project will feature 13 songs with “completely new arrangements” by AB Quintanilla III, Selena’s brother and musical partner. It will be a mix of ballads and cumbias, including a song recorded when she was 13. Abraham Quintanilla expects it to be released next month.

PRETTY EVIL: The ‘Señorita 89’ series explores the ugly side of beauty pageants

He said Selena would sound like she did “right before she died”, thanks to the studio’s technology.

The album will be released via Warner Music.

Abraham Quintanilla also stated that a second album featuring simpler Tejano songs is on the way. He assembled the tracklist from a catalog of 50 Selena songs he currently owns through Q Productions.

He said it sounded “incredible” and was inspired to do it by fans who asked Selena for more 80s Tejano. He hasn’t decided whether he’ll release it himself or partner with Warner Music.

The last album of Selena’s material was the soundtrack to “Selena: The Series” on Netflix. It featured songs from throughout his career. Kat Von D recently released a synthwave cover of Selena’s “Fotos y Recuerdos”.

The movie “Selena” starring Jennifer Lopez will be back in theaters on April 7 for a 25th anniversary screening.

MPSE Awards Give Oscar Momentum to ‘Dune’ and ‘West Side Story’