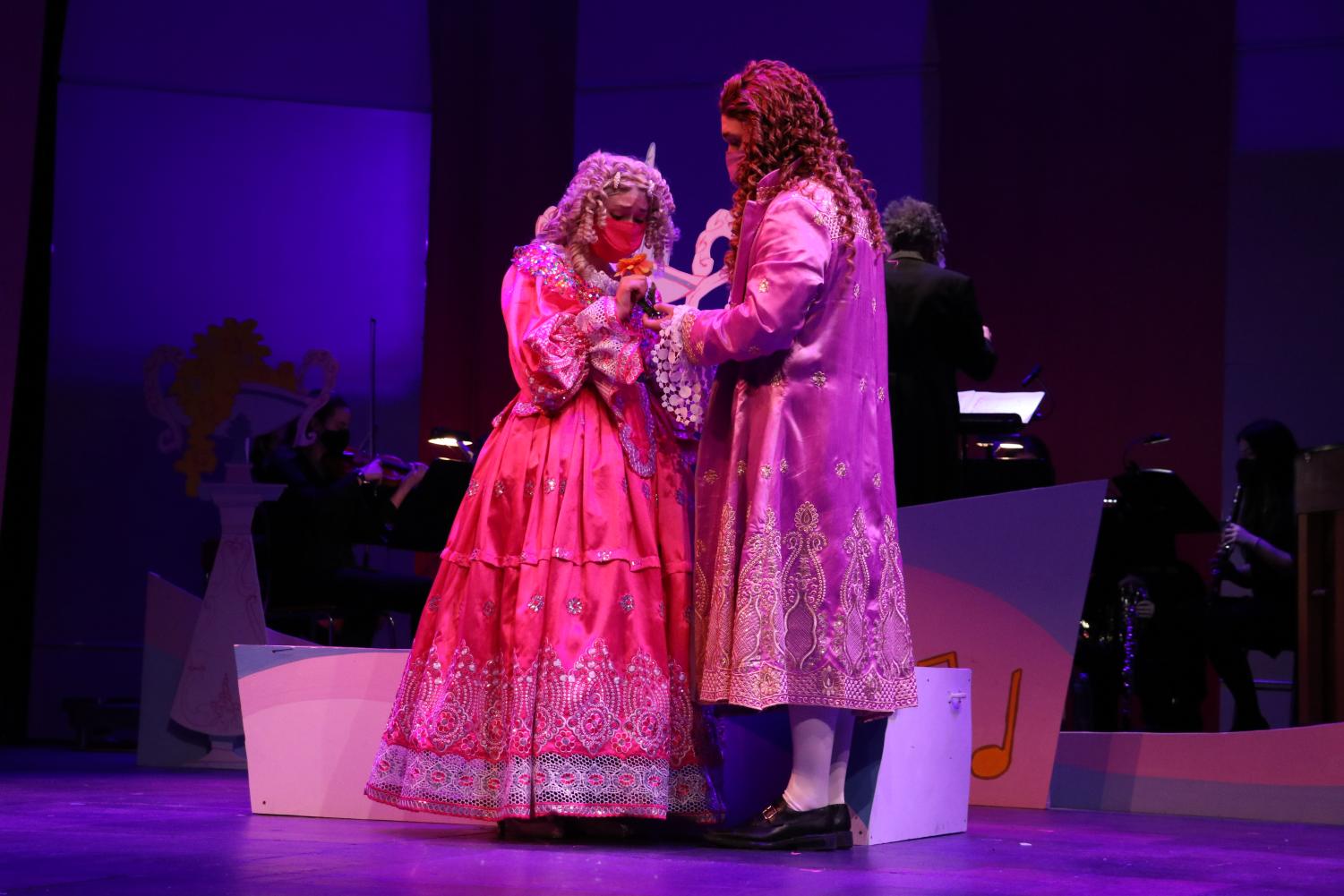 Students at UW-Whitewater’s College of Arts and Communication kicked off their spring season with a two-for-one show, performing both The Harpies by Marc Blitzstein and Signor Delus by Thomas Pasatieri from February 20 to 26 at the Barnett Theater of the Greenhill Center of the Arts. Beautifully created stages, props, and costumes all pulled the show together cohesively.

The technical aspects of the show, including scene changes, were completed by the technical team to support the different settings in which the two stories took place. Following traditional storylines throughout, the directors decided to defer their take on the god’s arrival. Likewise, this adjustment allowed for a much more feminine arrival of the goddess Iris, messenger of the gods.

“In the original concept, the god (deus) would be produced on stage via a machine (machina), usually a crane which lowered an actor onto the stage. The deus appears at the end of the plot, when the action seems well passed control, and the almost impossible outcome. This is when an actor disguised as a divinely awesome figure would enter (for example, the goddess Iris in The Harpies), to declare all conflicts resolved,” director Bruce Cohen said.

The idea of ​​a notable distinction from tradition, however, begins with the authors themselves. Both Blitzstein and Pasatieri added satirical twists to their shows in order to comment on the social issues of the time, making their stories fresh with tones that challenged the customs of the time.

“In the final analysis, both operas are ultimately parodies of tradition. In The Harpies, Blizstein not only proclaims his debt to Stravinsky’s neoclassicism, but he mocks the older composer’s music. At the end of the fight scene, the dramatic flow is suddenly interrupted by a bizarre passage that repeats some of Stravinsky’s most familiar passages. Rite of Springa work that also depicts a mythological struggle between male and female characters,” said director Robert Gehrenbeck.

Molly Wanless who plays Celié opens her arms for the play Signor Deluso at the Barnett Theatre, Tuesday February 24, 2022.

A ‘melting pot of influence’: Black Violin is inspired by musical styles ranging from classical to hip-hop