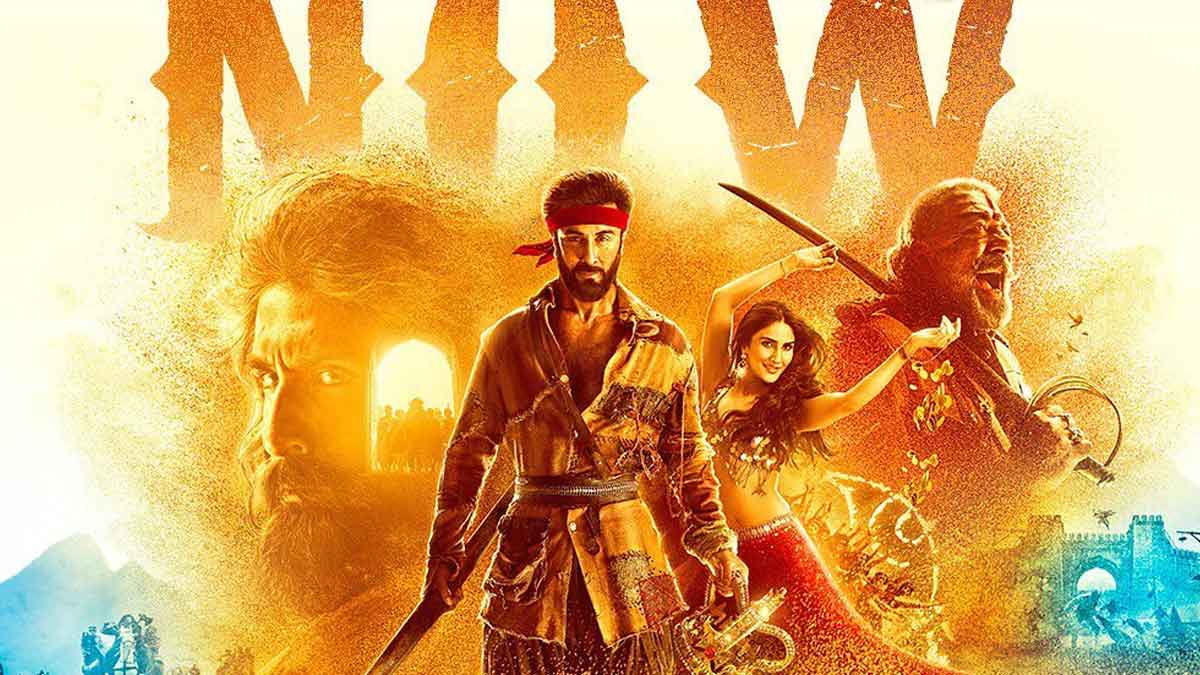 The film stars Ranbir aka Shamshera in a dual role and Dutt as the antagonist named Shudh Singh. Other stars in the film include Vaani Kapoor, Ashutosh Rana, Saurabh Shukla, Ronit Roy, Tridha Choudhury and Pitobash among others in key roles. Directed by the director of the 2012 Hindi film Agneepath, Karan Malhotra, Shamshera is produced by Aditya Chopra and Yash Raj Films.

According to Box Office India, the film was expected to have the best opening for an original Hindi film this year and fetch nearly Rs 14-15 crore nett and if the film had a pre-pandemic release, it would hit the Rs Net 20 crore mark. But, the film underperformed the 2022 Hindi historical action drama film Samrat Prithviraj starring Akshay Kumar, Sanjay Dutt and Manushi Chillar among several others.

For the first day, Shamshera reportedly did better in Delhi and Uttar Pradesh than in Maharashtra with a collection of Rs 2.75 crore net in Mumbai. While the film’s collection in Tamil and Telugu was “negligible”. According to the Andhra Box Office, Shamshera “had a disastrous start for such a big movie/release. Net Rs 10 crore from over 4,000 screens in India is woefully low.

#Shamshera had a disastrous start for such a big movie/release. ₹10 Cr Nett of over 4000 screens in India is terribly low. pic.twitter.com/WnhMUuT1mB

Film critic Taran Adarsh ​​wrote that the film “struggles” on day two and gives it a one-word review: “amazing” with one and a half stars. “Brings back memories of #ThugsOfHindostan…Not even the star power of #RanbirKapoor can stop this ship from sinking…EPIC DISAPPOINTMENT. #ShamsheraReview”

Totally loved #Shamshera. Guess bashing anything and everything that comes from #Bollywood has become a trend. It’s a BIG SCREEN affair by all means. The first 15 minutes are fabulous, the middle portions boring, but 30 minutes leading up to the interval are awesome. As for the 2nd half, it’s fierce ⭐️⭐️⭐️1/2 pic.twitter.com/ABHkRbguY5

While film critic Sumit Kadel gave the film two and a half stars and called it “substandard”. He further wrote, “Shows SUBSTANDARD that relies on a predictable plot, an outdated story inspired by #Baahubali1 & #KGF. The film has few dramatic highlights, but not enough to engage and captivate the audience throughout. The Terrific Music-BGM & Ranbir number is saving grace.

Following the weak opening and the lower attendance, the morning, midday and afternoon shows were canceled for “absence of public”, said.2 Business Analyst Koman Nahta.

Your skin and your body like you are unique. Although we have taken every measure to ensure that the information provided in this article and on our social networks is credible and verified by experts, we recommend that you consult a doctor or your dermatologist before trying any home remedy, a quick hack or exercise regimen. For any comments or complaints, contact us at [email protected]

Thank you film 2 days Collections at the global box office