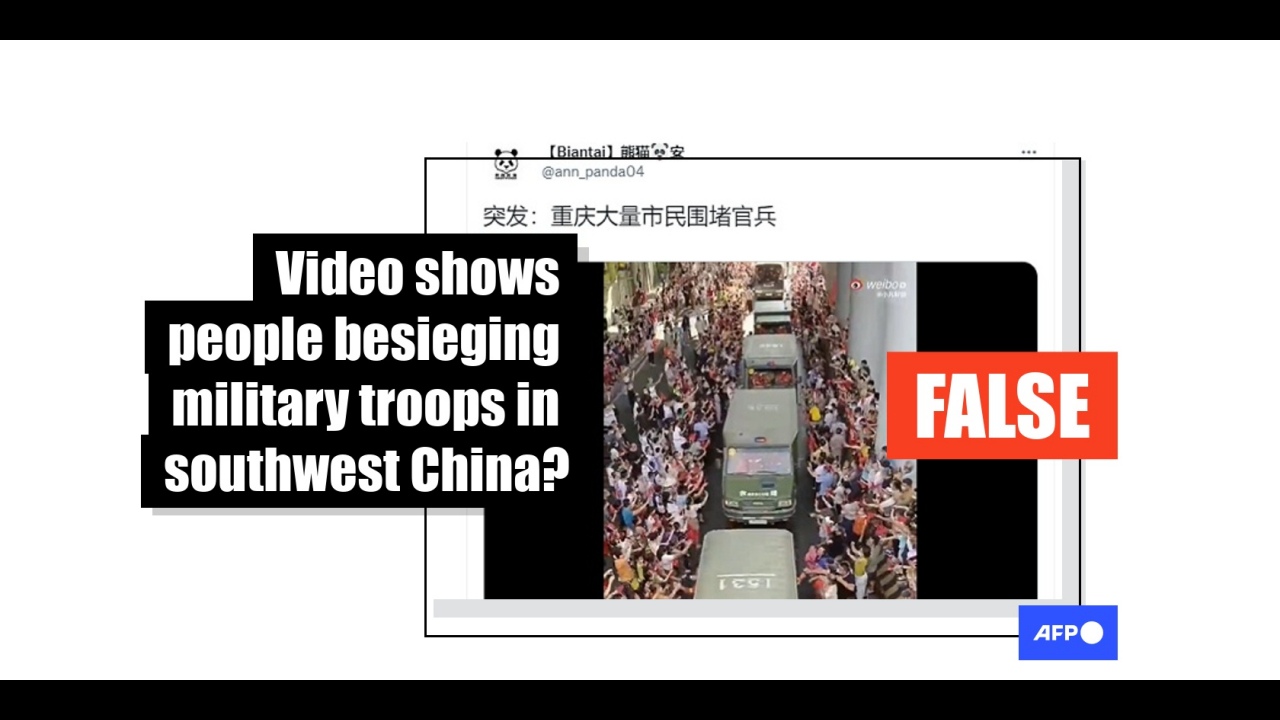 A video of a huge crowd surrounding a motorcade has been viewed tens of thousands of times on Twitter, alongside a claim that residents of the southwestern Chinese megacity of Chongqing were besieging military troops trying to suppress a demonstration. It’s wrong. Video circulated in state media of Chongqing residents bidding farewell to firefighters in neighboring Yunnan province after they helped in the fight. Forest fires In the region.

The 20-second clip – which appears to have been sped up with video editing software – has been viewed more than 22,000 times.

The video was also shared with a similar claim here and here on Twitter.

The posts did not give a reason for the alleged protest, and some commentators drew comparisons to the 1989 protests in Tiananmen Square.

The claim, however, is false.

The video actually circulated in state media of crowds in Chongqing bidding farewell to firefighters from neighboring Yunnan province after they helped fight forest fires in August.

AFP found a three-minute video posted by a Chongqing-based reporter that contains the first 10 seconds of the video shared in the misleading posts.

The reporter’s video, playing at normal speed, is captioned: “Today (August 28), in Beibei [district]Chongqing, the masses crossed the road to say goodbye to the Yunnan forest firefighters.

“Netizens said: The high temperature of 40 degrees cannot stop the people of Chongqing. I am so moved that I haven’t seen this scene in Chongqing for many years.

“PS. It is understood that there are many volunteers who fought with the firefighters at the farewell scene.”

Below is a screenshot comparison of the video shared in the misleading posts (left) and the reporter’s video (right): 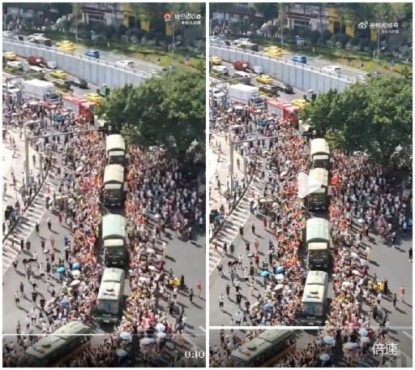 AFP reported that wildfires broke out in Chongqing in August as the city recorded high temperatures of up to 40 degrees Celsius.

Hundreds of firefighters from neighboring Yunnan Province were sent to Chongqing to help fight the blaze, China’s official Xinhua News Agency reported on Aug. 28. As the situation was brought under control, Yunnan firefighters began to withdraw from Chongqing, the report said.

Yunnan firefighters shared this video from China’s state-run People’s Daily newspaper on August 28, along with a caption that it shows Chongqing residents bidding farewell to firefighters.

“Yunnan and Chongqing are one family, #Chongqing people took to the streets to send firefighters #,” the post’s caption read.

The video in the misleading posts matches the People’s Daily video from its 10 seconds. 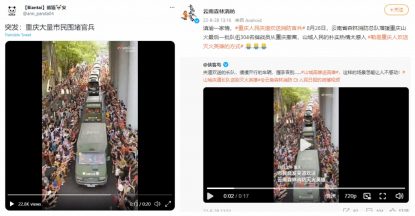 In the original clip, onlookers standing on either side of the road can be seen waving Chinese flags and shaking hands with firefighters as they drive through in vehicles marked “Rescue”.

Below is a screenshot of that point in the video: 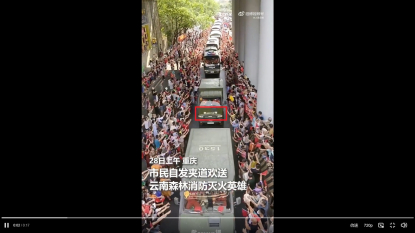 A screenshot from the Weibo video with “Rescue” on the vehicle highlighted in red. (AFP/)

The heroic family history of four generations in the FDNY’