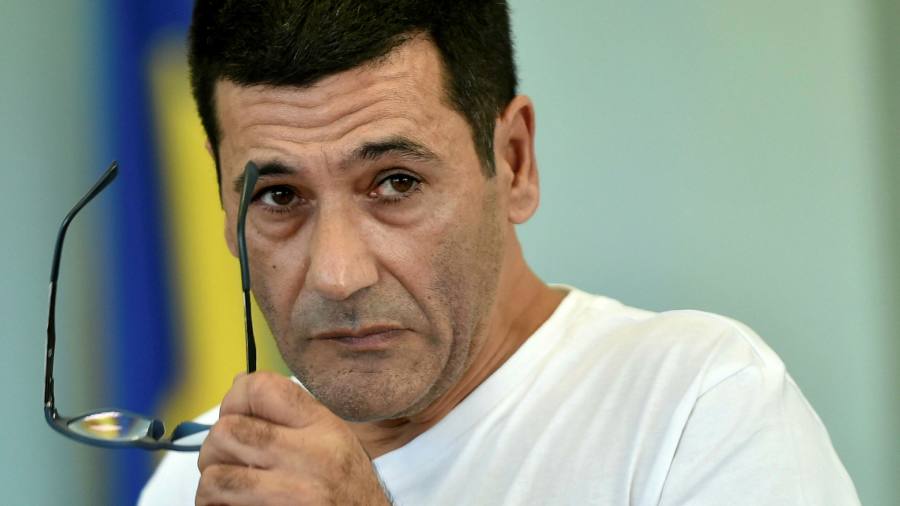 Podcast review: Persona: The French Deception is the cleverly scripted story of a con artist

It was once stories of serial killers and cult leaders that fascinated podcasters and their listeners. Increasingly, however, it’s the scammers who are topping the audio charts. Of False heiressabout Anna Delvey, and The missing crypto-queenbillion dollar cryptocurrency scam, for Chameleon: Hollywood Con Queen, on financial fraud in the cinema, the scammers make great stories. Even better, they can be enjoyed knowing that no blood has been shed. A crime without a corpse equals listening without guilt – or that’s the idea.

I still got a little shuddered listening to the new series Persona: the French deception, in which the word “genius” is used more than once in connection with its criminal protagonist. For 18 months, French-Israeli con-man Gilbert Chikli convinced employees of at least 20 companies to give him 38 million euros; later he would fraudulently extract money from billionaire businessmen, including the Aga Khan and Turkish businessman Inan Kiraç. In the series blurb, Chikli is called “one of the greatest con artists of all time”, a description with which the companies he robbed and the individuals who fell into his elaborate traps could be forgiven. to have disputed.

It’s still a hell of a story. Hosted by journalist Evan Ratliff, the series opens with the story of a Parisian bank manager known as “Madame G” who, in 2005, was tricked into thinking she was helping an operation government to thwart terrorists using an account at its branch. Chikli had uncovered personal details about Madame G, which allowed her to gain her trust and pose as “Paul”, a government agent asking for details of the bank’s biggest clients. When he then asked her to hand over €358,000 through an intermediary so he could scan the invoices to see if they had been stolen, she couldn’t have been more helpful.

The series is cleverly scripted and elegantly produced, functioning as both a character study and a cautionary tale about the persuasion tactics of globetrotting con artists. To measure the atmosphere, just listen to the propulsive and casual musical theme, “Comment te dire adieu” by Françoise Hardy. Ratliff delves into the methodology, showing how cleverly constructed lies can create a skewed reality for the so-called “brand,” tapping into their insecurities, vanity, or sense of citizenship. Chikli is portrayed not just as a trickster but as a trailblazer – thanks to him we are now living in “a golden age” of scamming, Ratliff tells us.

It’s easy to get carried away by the tone of wonder – Chikli’s boldness is something to behold. You might even find yourself shrugging your shoulders at his billionaire victims and deciding they brought him in. But what about the figures of Madame G, innocent employees sucked into a scam and then left to face the music with their bosses, investigators and the media? There’s a filthy pleasure to be had from Persona: the French deceptionalthough you may need a shower after listening.