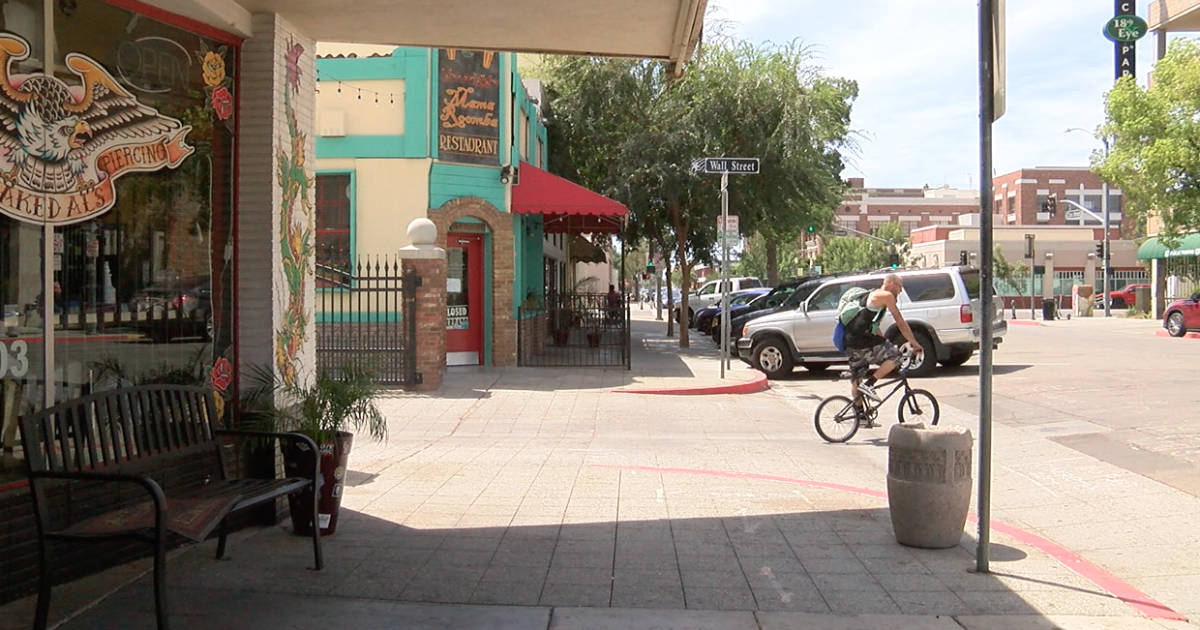 BAKERSFIELD, Calif. (KERO) — The first phase of the Downtown Business Association and Bakersfield Downtown Development CorporationThe block-to-block project started in March. This project has provided foot patrols from Wall Street Alley to 20th and from Chester to H Street, but business owners say this is only the first step.

“Acting like these issues are just happening downtown is not the fact. It doesn’t matter if you’re at the mall or if you’re southwest of town or in Rosedale. Crime affects every community and every member of our community,” said Cassie Bittle, owner of KC Steakhouse.

Local business owners like Bittle are participating in this pilot project.

This first phase of the project which began in March consisted of having a local security officer present patrolling on foot near various businesses in downtown Bakersfield. However, Melanie Farmer, president and CEO of the Downtown Business Association, says that in phase two, they are taking the next step by implementing additional security measures.

“Not just for businesses, but for customers going downtown, it’s just a lot safer and a lot nicer in that area right now. Here it’s so spread out over the West Chester area, you get all the way to 30th and then down to 24th street. It’s a long area. They will try to drive. They’re going on a car patrol.

Tina Brown is the owner of Tina Marie’s Downtown Cafe on 19th Street. She says she’s been downtown for almost two decades. She reopened her business last year in a new location after her original downtown restaurant burned down in December 2020. The cause of that fire was never officially determined by investigators. She says that since the pilot project was implemented, there has been a noticeable difference near her restaurant, adding that she and her employees have had very minimal issues and feel much safer.

“I saw a lot of things. So far, I haven’t had any calls to the police on 19th Street. I had to call the police zero times. I haven’t had any broken windows. My daughters and my morning workers, there has only been one incident compared to two or three times a week in the past. So it works very well. »

Selena Pimentel is the supervisor of the local security agency O&A sScurity which is patrolling as part of the pilot project. She says when security officers patrol downtown, they provide services to homeless people at local shelters like the Brundage Lane Navigation Center, Flood Ministries and Kern County Mission.

“We always offer a phone number, give them a call for them, set up a place where we can meet them off the properties. Sometimes they accept it and we’re able to get people off the streets and sometimes they don’t, depending on their situation or their mindset and all that kind of stuff. We can’t help everyone, but try.

If you are a local business owner in downtown Bakersfield and would like to participate in the block-to-block project, call (661) 325-5892.

City of Bakersfield leaders announce $3.9 million to help the homeless

That wasn’t the only homelessness announcement on Thursday. California’s Homeless Housing Assistance and Prevention (HHAP) awarded the City of Bakersfield more than $3 million for fiscal year 2022 to 2023.

For many homeless people, substance abuse and the affordable housing crisis are just some of the issues that seem to hit their population hardest. With the $3.9 million in funding, the City of Bakersfield plans to address these issues directly starting at the local level. Adding new beds to shelters, hiring formerly homeless people to help clear encampments, and having mental health professionals for emergency shelters are just a few examples of what Bakersfield hopes to accomplish as soon as possible.

For people who tend not to accept help, Bakersfield partners with Flood Ministries to focus on targeted street outreach where they speak with homeless people to let them know they have options.

“In that way, we’re really trying to be really mindful of these homeless subpopulations and really come up with new strategies to get them off the streets,” said Andrae Gonzales, a member of the Bakersfield City Council.

Currently, $1 million is allocated to the Open Door Network to create a new campus with family units. Future projects include permanent supportive housing and a youth shelter.

The City of Bakersfield plans to activate these programs within the next year.

If you or someone you know is homeless, the city recommends calling the 2-1-1 number for referrals and options.

Take out payday loans during inflation