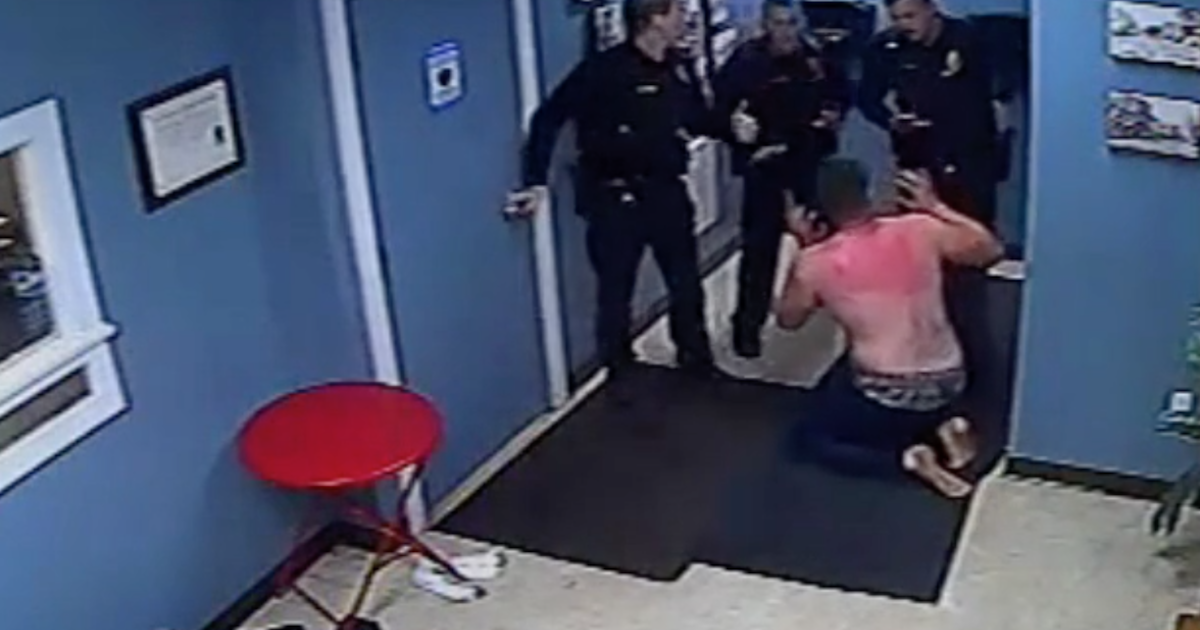 Videos published by the New York attorney general’s office on Friday show a man engulfed in flames after a police officer tasered him. Jason Jones, 29, later died in a New York hospital.

The first of two videos dated October 30, 2021 begins with Jones and three policemen are in the lobby of a Catskill police station. Jones appears to be upset, ripping off his shirt, throwing a shoe away and spilling a container of hand sanitizer.

In the second video, an officer fires his Taser right after Jones injects the flammable hand sanitizer on his head and body. There is a flash of light and Jones’s upper body is engulfed in flames for just over 20 seconds. He rolls on the ground to put out the flames, and when he stands up he appears to have burns on his upper body. The doctors arrive a few minutes later.

“Jason was unarmed, at the police station, and was not threatening anyone when the police hit him with 50,000 volts of electric current and he caught fire,” Jones attorney Kevin Luibrand said, at CBS News. “Instead of helping Jason, the police ran out of the room, closed the door, and let him burn.”

Jones spent 48 days in an intensive care unit in Syracuse before dying on Dec.15, his lawyer told the CBS affiliate. WRGB. The exact cause of his death is unclear.

New York Attorney General Leita James has confirmed that his office is investigating the incident in accordance with state law, which requires an investigation into any incident in which law enforcement has allegedly been investigated. could have caused the death of a person.

Police chief Dave Darling said his officers knew Jones well from previous encounters and were likely worried he might get hurt, according to the Associated Press.

Sophie Reardon is Editor-in-Chief at CBS News. Contact her at [email protected]