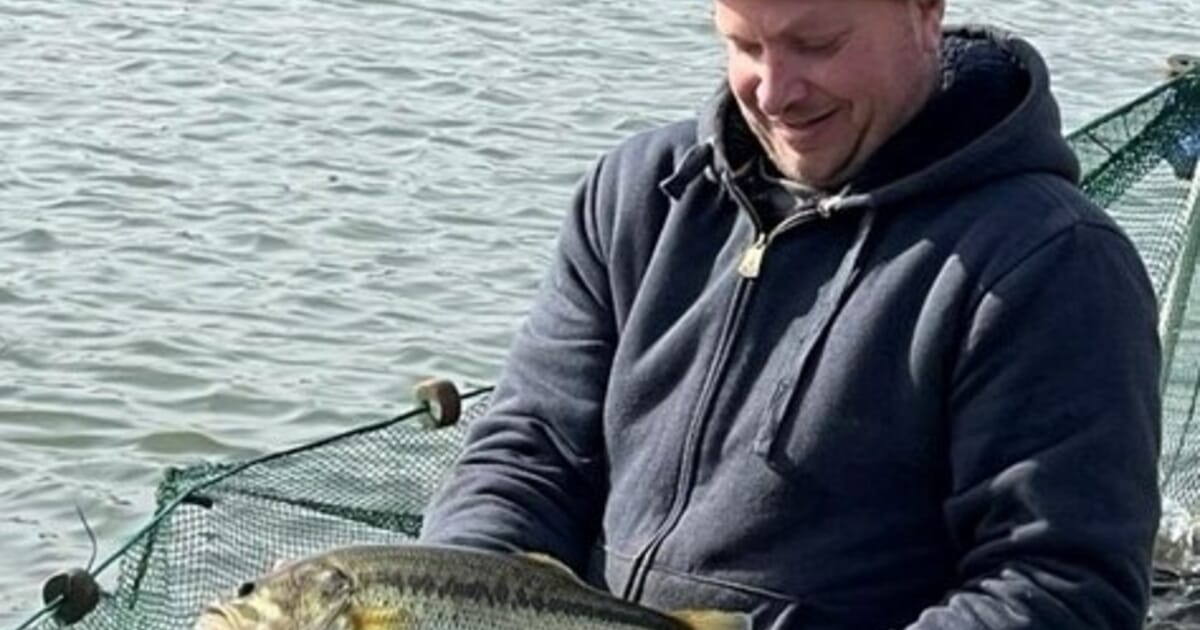 Lealand Meador comes from a family that has raised pigs for 100 years, but five years ago he turned their pig farm in landlocked Indiana into a thriving Asian bass (barramundi) farm.

Meador’s aquaculture experience began with a pond on their home property. His love for fishing got him thinking about how to put it to good use and he started experimenting with farming largemouth bass to sell in the live market.

The success of the business led to the excavation of a second pond and he started working at the Sweetwater Springs fish farm for a year to gain more knowledge and experience on different aquaculture species. Sweetwater Springs Fish Farm primarily raises hybrid striped bass in floating cages in an Indiana lake for the Chicago and Toronto live market.

When an outbreak hit the pigs on the farm, Meador decided to convert the barn into an indoor recirculating aquaculture (RAS) facility. His background in farming, carpentry and construction came in handy. In addition to being a farmer, he serves on the advisory board of the Indiana Great Lakes Aquaculture Collaborative, as well as the Indiana Aquaculture Association. After exploring the live fish market and deciding which species to breed, Hanilu Farms opened in 2017. It consists of 34 ponds and produces over 900 kilograms of live fish per week, all year round. The fingerlings come from Australia and are processed into a plate-sized product (about 700g), before being sold on the live market.

“Buyers continue to be impressed with the vitality of our fish,” says Meador.

Meador says he is always looking to improve production by creating the best breeding environment for his fish.

With this in mind, he asked for more information on improving water quality. He met the late Peter Letizia, CEO of F&T Water Solutions, who introduced him to Hydrenesis – a fast-growing technology company based in Florida, which creates water with negative oxidation-reduction potential (ORP), affecting the chemistry of water. water and reducing surface tension. The system injects a water-based antioxidant gas into the water column to introduce free electrons.

According to Meador, with less oxidation in the water, cellular functions in fish improve, which increases hydration and reduces stress levels. Salmon trials, for example, show that using the technology results in less scale loss and less fin damage, improving fish welfare.

This type of technology is different from what has been done traditionally in aquaculture and wastewater. Disinfection has generally been carried out at a high positive ORP, and it is accepted practice to maintain a positive ORP in most production systems. Maybe it’s time to question what we think we know?

Natural Aquatic Systems, a wholly owned subsidiary of Natural Shrimp, the company that acquired the rights to apply Hydrenesis in aquaculture, works closely with Hanilu Farms. Meador was their first aquaculture customer because he saw the value instantly. He has since worked tirelessly contributing to research, data collection, automation and improvements to the Hydrenesis technology, especially the hardware and its robustness.

“By working as a team, gas infusion methods have been improved, hardware robustness has increased, footprint has been reduced, and higher electrical efficiency has been achieved,” he says.

“Our management team had the foresight to invest in technology and Leland’s success is a true reflection of what we had in our hands. He has been an important player in the development of the technology and we are very grateful to work with him,” says Marco van den Berg, vice president of marketing at Dallas-based NaturalShrimp.

Meador is very happy with the technology. “I’ve been using Hydrenesis hydrogas for over two years now and it’s going great, the fish are thriving. The mortality rate has decreased, the feed conversion index has improved and the fish are growing faster. Before they grow from fry size to market size in 7 months; now we harvest after 5.5-6 months. My ultimate goal is to shorten the growth cycle to 5 months. We also need to exchange less water in the systems and use 15-20% less water. In addition, the fish looks better, transport-related mortalities are reduced and customer feedback on the quality, texture and taste of the flesh is positive”, he recalls.

The success of Hanilu Farms suggests the potential of Hydrenesis and natural shrimp to change the future of water management in aquaculture. According to the company, their technology can be applied to different species and systems in cold water and hot water systems. Aquaculture species tested include whiteleg shrimp, Atlantic salmon, barramundi and tilapia. However, the scope is not limited to these species. The management team is currently finalizing several trials and plans to introduce this technology to the commercial aquaculture market.

As for Meador, he does not regret his decision to diversify his operation.

“I absolutely don’t regret the smell of pork,” he said to himself.

He intends to expand his farm soon and the next generation, his three young children, are eager to follow in their father’s footsteps.

Paige VanZant will star in a horror movie with Bryce Hall

Why is Koratala sitting in Acharya’s settlement?