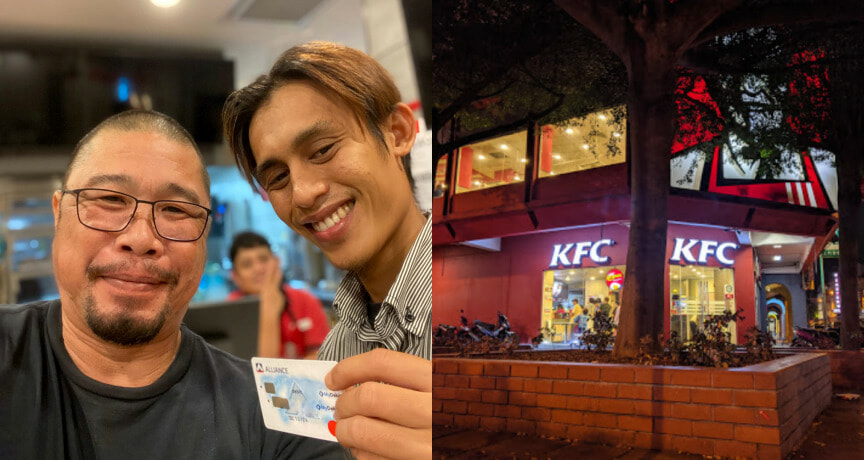 This true story began when Liang left a pub at 1:30 a.m. in Ipoh. “Short walk back and saw KFC opposite the hotel still open. I went to order take out. The staff told me they were closed but the sign says closing at 2am. All chickens were also removed from the heated display. Aiyah,” he shared.

After protesting a bit, the manager agreed and made her an order of a Snack Plate meal with coleslaw, mashed potatoes, and Pepsi. “Very nice of him and when I wanted to pay he said no worries and didn’t take my card. I asked if he was sure but he insisted,” he added. Surprised by the manager’s kind gesture, Liang left a tip of RM10 in the box.

“I mean, the guy still packed the meal with respect, (with) bells and whistles, even though he knew he wasn’t going to charge me for it.

I went back to my room and got settled. The meal was perfectly fine; chicken and mash (was) still warm, coleslaw cold. Prime,” he expressed his gratitude.

After that, her phone rang and it was a number starting with 03 from Puchong. “I don’t usually answer these calls, but the number rang again immediately, so this time I picked up. It was from the bank,” he said. Apparently he had left his card at KFC and the manager called the bank to let him know about the matter.

The bank then announced that it would cancel the card. “Turns out the KFC manager then asked the bank to try to call me before canceling in case I needed to use the card as it was late. Well, that’s what the bank told me anyway. Wow,” Liang said.

After telling the bank that he would go to KFC and call back in ten minutes, the KFC manager was there at the branch to return his card as scheduled. “How about that for service AND initiative, huh?” Liang added.

True story. Left the pub in Ipoh at 1:30am. Short walk back and saw the KFC opposite the hotel still open. Went in…

“Zakir, you are a star. Your thoughtfulness is much appreciated at a time when I have almost abandoned the younger generation,” he said with great gratitude and attached a photo with KFC manager Zakir. He also encouraged those in Ipoh who crave KFC to seek it out at KFC Cockman (Jalan Dato ‘Onn Jaafar Branch).

At the time of writing, the post has garnered 2.5k likes and over 300 shares. Many netizens have also commented on stories like Zahir’s, faith in humanity is restored and we are given hope that there are still good people out there.

We thank Liang for sharing such a wonderful story as well as Zahir for going the extra mile to provide help when needed! Congratulations to you and thank you very much, Zahir!

Read also : M’sian’s father is taking math and English lessons from SPM to motivate his son, apparently not his first time! 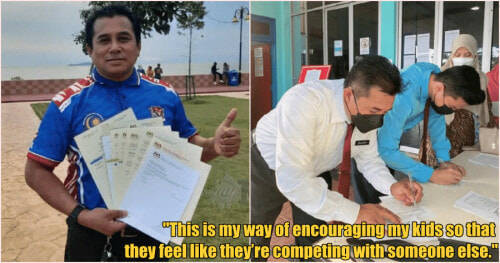 The next level idea to make banking cheaper and easier