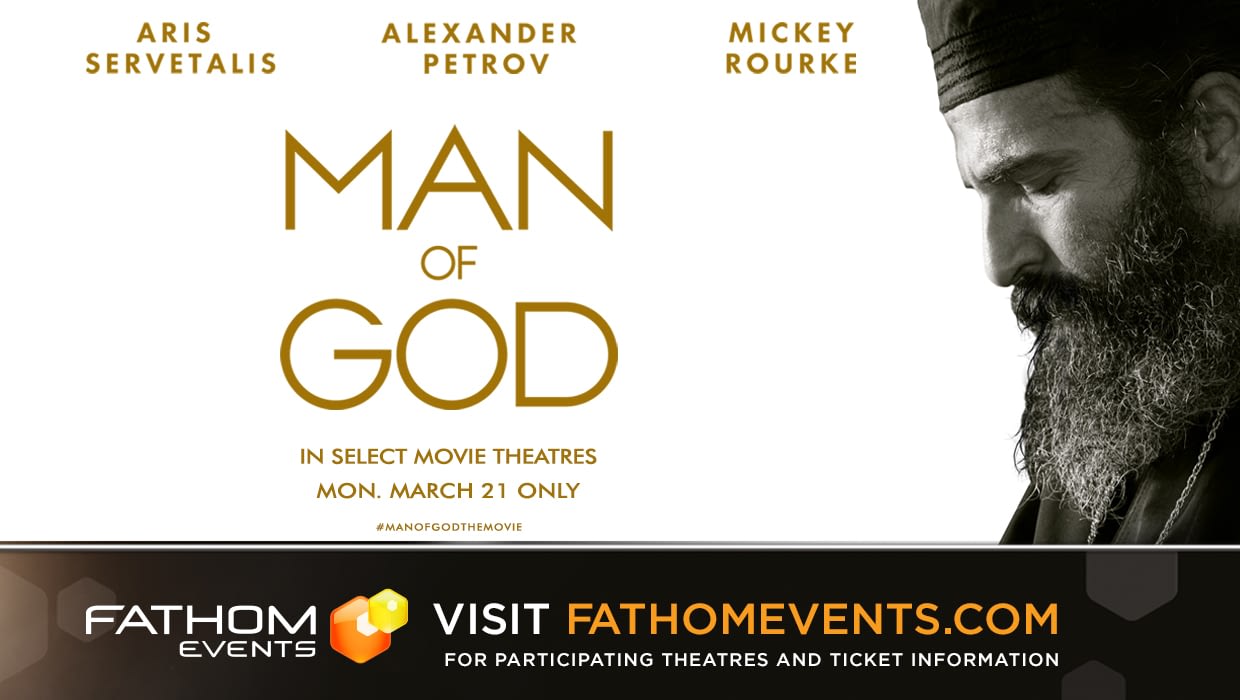 ATHENS — Filmmakers aspire to place the viewer on the spot, and when they do, the experience can be overwhelming. This is the case of Man of God – ‘Anthropos tou Theou’, about the life of Saint Nektarios, where director and screenwriter Yelena Popovic puts you in the room, in the garden, in the street with one of the most beloved from orthodoxy – still tormented – from modern saints, portrayed with exquisite sensitivity by Aris Servetalis.

A conversation with Popovic is very revealing – of the personal dimension in the saint’s story which helps her bring out the person, of the great care taken by everyone in the project, of the actors, including Mickey Rourke (the interpreters speak English , interspersed with Greek) to the director of photography, Panagiotis Vasilakis. Popovic said, “He understood me and what I wanted to do…I wanted people in the head of St. Nektarios…and we worked from the inside: we decided on the emotional value of the scene, then figured out what she would look like. ”

This reporter saw Man of God in one of Athens’ wonderful “Therina” – open-air cinemas. On the one hand, the dim light from the sky above accentuated the spiritual atmosphere, on the other, it didn’t matter, because Popovic had taken us somewhere else, another place, another spirit, another soul.

“I read Elia Kazan’s directing book 20 times for this screenplay,” she said. Kazan kept her focused on one idea: “What does this mean to me…” so people can really feel it – and they do with Man of God.

It was a challenge she loved. Even when the camera is focused on one person, the audience’s attention can be distracted by the surroundings, but in Man of God the surroundings are carefully designed to bring out the Man – the ‘anthropos’. She said that “we used techniques like always leaving space above the head of St. Nektarios”, to evoke her constant search for something higher. The colors – rich dark tones – frame the difficult life of Nektarios – and for most human beings. And the musical score, composed of course by Zbigniew Preisner, helps put the audience in touch with the very soul of man.

One of the reasons it works, in addition to Popovic’s cinematic gifts — she studied acting and directing at Playhouse West in Los Angeles — is that she recognized that soul.

Growing up in communist Yugoslavia, in a system that did its best to devalue and suppress religion, neither Popovic nor his family lived or even knew the Orthodox faith – but his father somehow yearned to the most ethical life possible, if not holy, then the purest possible in our fallen world. And the establishment reacted exactly as Saint Nektarios experienced at the turn of the 20th century in Egypt and Greece: those in power, relying only on lies and slander, did their best to crush it, because he refused to go along with the corruption that reigned in his domain.

His father, Dragoljub Popovic, was a brilliant civil engineer who wrote books and developed formulas that would have earned him millions if patented.

“He cared a lot about his workers but was a thorn in the side of those in power,” she said. One of the themes that permeates each scene is that in all times and in all settings, “the desire for power destroys people and societies”. It was the only perspective out of many she could have chosen for the film, Popovic said.

Removed from his prestigious and well-paid position, he was forced to work as a civil engineer in a small factory on “housekeeper’s salary”, but he didn’t care.

“I lived with that, I heard him being criticized – even by my mother – ‘how can a man be satisfied with so little, why must he be so fair…’ but even as a little girl, I admired him for that. And I think I then decided to do what he should have done: leave Serbia.

A path was opening up for her. “In elementary school I was good at acting”, and she was groomed for a career as an actress – but her size and attractiveness steered her into a modeling career. “It was my ticket out of Yugoslavia.”

She knew nothing – because she had learned nothing – about Christianity. But Popovic knew she was not alone in the universe. “I had a feeling and always believed that God existed. There was a Father there. And for her, the churches are “the place where the feeling of his presence is strongest – but when I left Belgrade, I didn’t even know who Jesus Christ or Panagia was”.

She gradually learned Orthodoxy, and in Serbia in 2012 she bought a book about Saint Nektarios. “I was there for my father’s one-year commemoration. I heard about St. Nektarios and wanted to know more. She thought it was a typical “life of saints” that would be fun to read on the flight back to Los Angeles.

“But something else happened when she read about how the establishment had persecuted Saint Nectaire. It struck me on a very personal level” – as if she had been there before, then she took us there – down too.

Concert a triumph – but where were the truly stellar British stars?