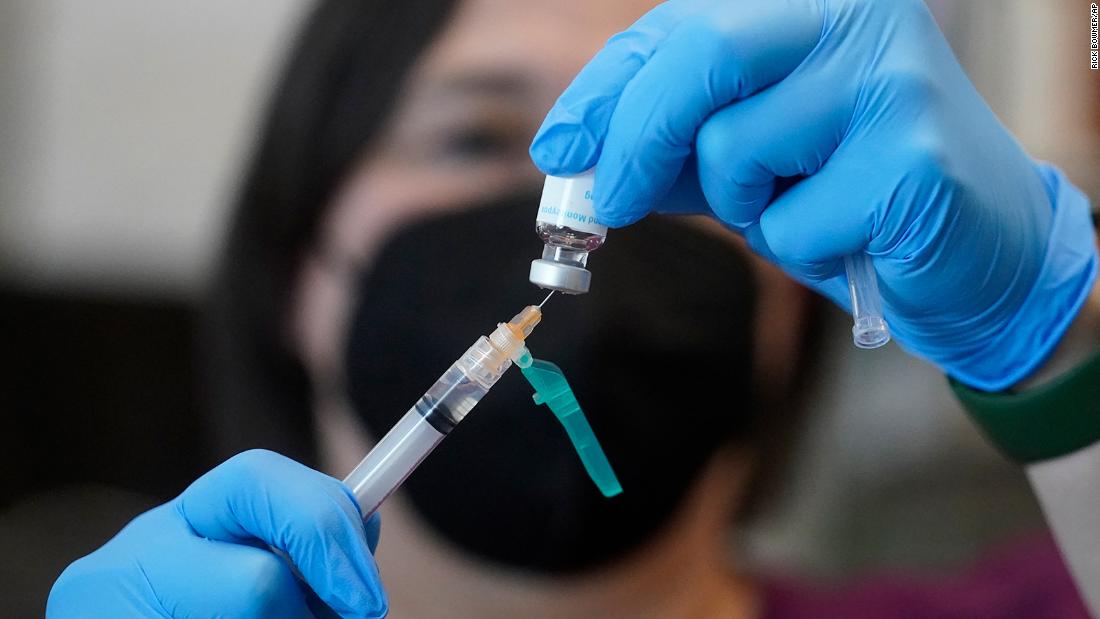 In a letter to Bavarian Nordic CEO Paul Chaplin on Friday, two senior FDA officials responded to concerns Chaplin raised earlier this week. They wrote that the agency recently determined that the benefits of expanding its limited supply of the two-dose Jynneos vaccine by giving individuals lower doses outweighed the known possible risks.

The decision came after the FDA ruled out — at least for now — the use of alternative vaccines, as well as the possibility of delaying the second vaccine dose by three to six months, the agency said.

The FDA letter, obtained by CNN on Saturday, was signed by FDA Commissioner Dr. Robert Califf and Dr. Peter Marks, director of the FDA’s Center for Biologics and Evaluation Research.

The FDA also detailed other options the agency had considered. But the use of alternative vaccines to prevent monkeypox “has been deemed either impractical or not recommended at this time,” according to the letter. Specifically, the ACAM2000 vaccine, which is FDA-approved for the prevention of smallpox, “may not be appropriate now for a potentially immunocompromised population,” the letter states.

The FDA has also considered delaying second doses of the vaccine by three to six months, rather than giving the second dose the recommended 28 days after the first.

But the agency ultimately determined that there was no data to show that this method would provide sufficient protection, and that delaying the second dose could also give people “a false sense of reassurance that they were protected against monkeypox while the actual level of protection would be unknown and most likely inadequate,” the letter states.

The federal government’s announcement this week allowing health care providers to administer smaller doses of Jynneos came in an effort to better meet the high demand for the vaccine. Top health officials in the Biden administration have made it clear in recent days that given the speed of the spread of monkeypox – which he declared a public health emergency earlier this month – the United States will not did not have enough vaccines to meet the demand. This week’s decision to expand available Jynneos vaccines was intended to address the limited supply.

The FDA’s Dr. Marks said Thursday there are about 1.6 to 1.7 million people in the United States who are now eligible for the two-dose Jynneos vaccine. According to the US Department of Health and Human Services, approximately 634,213 vials were sent to jurisdictions on Friday.

The low-dose intradermal strategy immediately raised concerns among some public health experts, particularly about the limited amount of research surrounding the new method.

“This approach raises red flag after red flag and appears to be rushed without data on efficacy, safety or alternative dosing strategies,” David Harvey, executive director of the National Coalition of STD Directors, said in a statement. this week.

Chaplin, the CEO of Bavarian Nordic, also voiced his concerns. CNN reported that Chaplin wrote in a letter to Califf and HHS Secretary Xavier Becerra on Tuesday that he was concerned about the “very limited safety data available” on the recently announced vaccination strategy, and that a relatively high percentage of people in the clinical study — 20% — didn’t get their second shot.

“Although we have some reservations, we are trying to find the best way to support the [emergency use authorization] collecting additional data and aligning responses to assist state officials in the deployment,” Chaplin wrote. “We are also investing in expanding manufacturing capacity both at BN and external facilities, with likely further announcements to come.