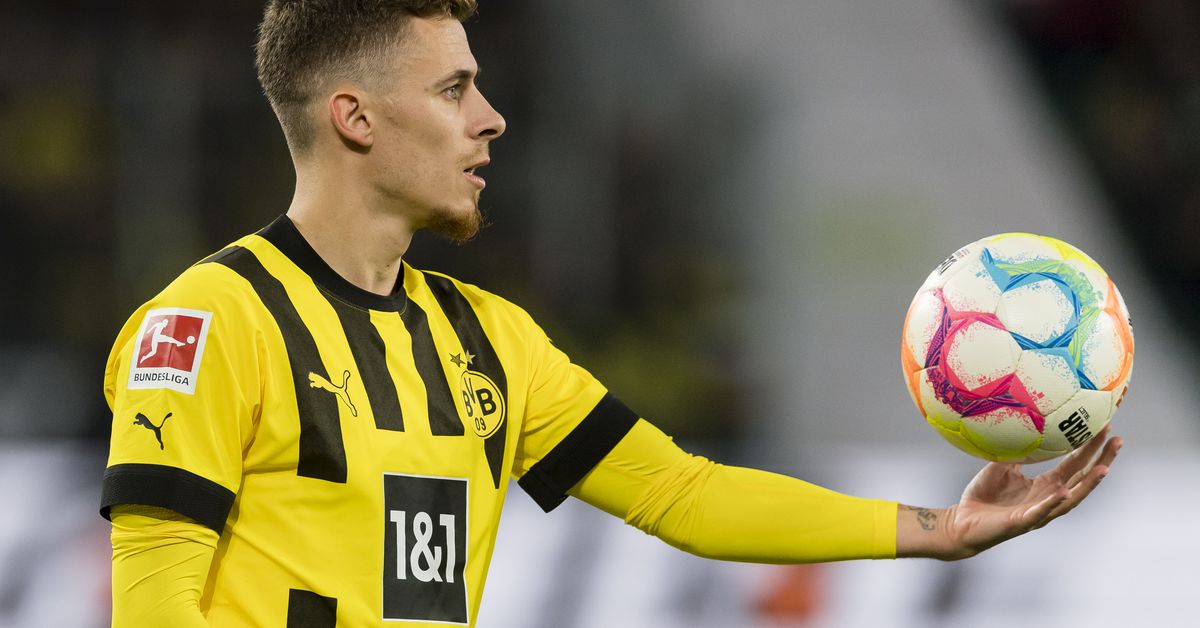 Back on the end of the 18/19 season. Borussia Dortmund had fallen just short of Bayern Munich, who managed to lift Die Meisterschale with 78 points accumulated – just two more than BVB. The title of Bundesliga had not been so close to returning to the Ruhr district for many years, but in the end, it was not enough. Despite the fact that it was an obvious blow for the team and the board of directors at the time, cautious optimism began to germinate in the BVB – Dortmund camp could finally overthrow the powerful Bayern Munich?

At the end of season 17/18, Zorc and Co. had changed his transfer strategy a little, calling on experienced players such as Oxel Witsel and Thomas Delaney in order to prepare for a fight for the title. Both have successfully completed their first season, and they were one of the main reasons why Dortmund finished the season with an impressive 76 points.

In the transfer window between season 18/19 and season 19/20, Dortmund spent 143 million euros for new acquisitions. A new era has begun for Borussia Dortmund. The club had never spent so much money for new players, and almost all the transfers concerned players who already had a tested quality and experience in the Bundesliga.

Mats Hummels, Erling Haaland and Julian Brandt were probably considered the most instrumental transfers of the five, but the other three certainly had numbers to back them up as well. Nico Schulz had established himself as one of the best full-backs in the Bundesliga the previous year, and Emre Can had played for elite clubs such as Liverpool and Juventus before joining Borussia Dortmund.

Thorgan Hazard has been on Dortmund’s radar for some time, and many BVB fans were delighted to see the Belgian in black and yellow. Hazard had arguably been Borussia Mönchengladbach’s most valuable player for two consecutive years, and in the 18/19 season he netted 13 goals and 12 assists in 35 appearances – a very impressive addition to his already impressive stats at the time.

On paper, Thorgan Hazard was a good transfer. He was a versatile and tough player with an eye for goal, and he could play in multiple positions. He had proven his skills in the Bundesliga for several years and he had just entered his prime in terms of age. Some have argued that 25.5 million euros were a big price, but that did not cause a massive outcry.

During his first season for the BVB, Hazard played an average of 72 minutes on 43 Bundesliga, DFB Pokal and Champions League. Its production was 7 goals and 14 assists, which is equivalent to a goal contribution every 147th minutes. He was somewhat overshadowed by Marco Reus and Jadon Sancho (who was literally exploding at the time), and the later addition of Erling Haaland meant everyone had to take on more of a supporting role in supplying the great Norwegian.

You could say that the 20/21 season was a bit of a nightmare for Hazard. He only played 1,351 minutes in all competitions due to a torn muscle fiber. He returned for about six games in the second half of the season, but his injury seemed to persist. Julian Brandt and Giovanni Reyna were both used on the wing, while Jadon Sancho ran his own show, managing a goal contribution virtually every 90 minutes. Edin Terzic, (who was an acting manager at the time), had clearly little confidence in Hazard, even when he was available.

The fall from grace

With Marco Rose’s appointment for the 21/22 season, every player had a chance to break into the first team, and no one really knew what to expect – perhaps it was a fresh start for Thorgan Hazard? The 21/22 season wasn’t as bad for Hazard, injury-wise, but despite his numerous deployments, he had little to no impact on the pitch. He managed 7 goal contributions in 1,656 minutes, and you don’t have to be a world-class mathematician to realize that those numbers are seriously disappointing for a player of Hazard’s caliber.

The misery continued for Hazard, as he was left out of the matchday squad for a trip to face Union Berlin in the spring of 2022. It was apparently not because of an injury, but because of a ‘A “bad attitude” he had shown during the recent training sessions. .

Back to the present

We are rapidly approaching the World Cup break and Borussia Dortmund currently sit 6th in the table, 6 points behind league leaders Munich. A very tight schedule has forced Terzic to rotate the team a lot, and despite that, Hazard has racked up just 694 minutes so far this season, playing just one full game.

To make everything easier, I compiled a small Overview of dangers It’s all up to you to see.

I could have made it a linear graph, but it would have been quite depressing. It’s obvious that Hazard’s productivity has dropped during his tenure at Borussia Dortmund, and on the face of it, Terzic only plays against Hazard when he absolutely needs to. If you take a look at these stats from FB Ref, you might find an answer as to why our manager was hesitant to deploy Hazard (viewer discretion advised).

I can only think of a word: Yikes.

If I have to say it kindly, it’s absolutely excruciating. These statistics could hardly get worse. The table above shows how Hazard’s attacking contributions in the 1,600 minutes he has played in the last year compare to those of other attacking midfielders/wingers across Europe’s top five leagues. Hazard has played as a full-back several times this season so the graph is obviously not 100% accurate, but I don’t think there are any statistical adjustments that could influence that for him to have the kinda decent looking. And yes – we have to measure Hazard on his attacking output because he was brought in for exactly that. I know he has a good work rate and had some decent performances at left-back, but the rekindling of Bensebaini rumors is clearly a signal to Hazard that the board aren’t exactly planning to use him. in this role on the usual.

Thus, Hazard’s contract runs until June 2024, which makes this conclusion relatively easy for me. Hazard should be sold in summer. His current market value is around €10m, which seems like a pretty reasonable price to demand for him, and in my opinion we’re too tight to allow a winter start.

None of Lucien Favre, Marco Rose or Edin Terzic have managed to get Hazard produced, and his commitment no longer seems as strong as it once was. I’m only basing it on his body language when he plays and the fact that we’ve heard a lot of rumors about his bad behavior in training. To be clear, I don’t like Hazard. In fact, I don’t hate any of our players. But his current salary is far too high for him to sit around gathering dust at Dortmund, and I personally think we’ve seen the best of him in a black and yellow shirt. I think that a departure in a team like Frankfurt or BMG would be an excellent solution.

I can’t wait to hear your thoughts!