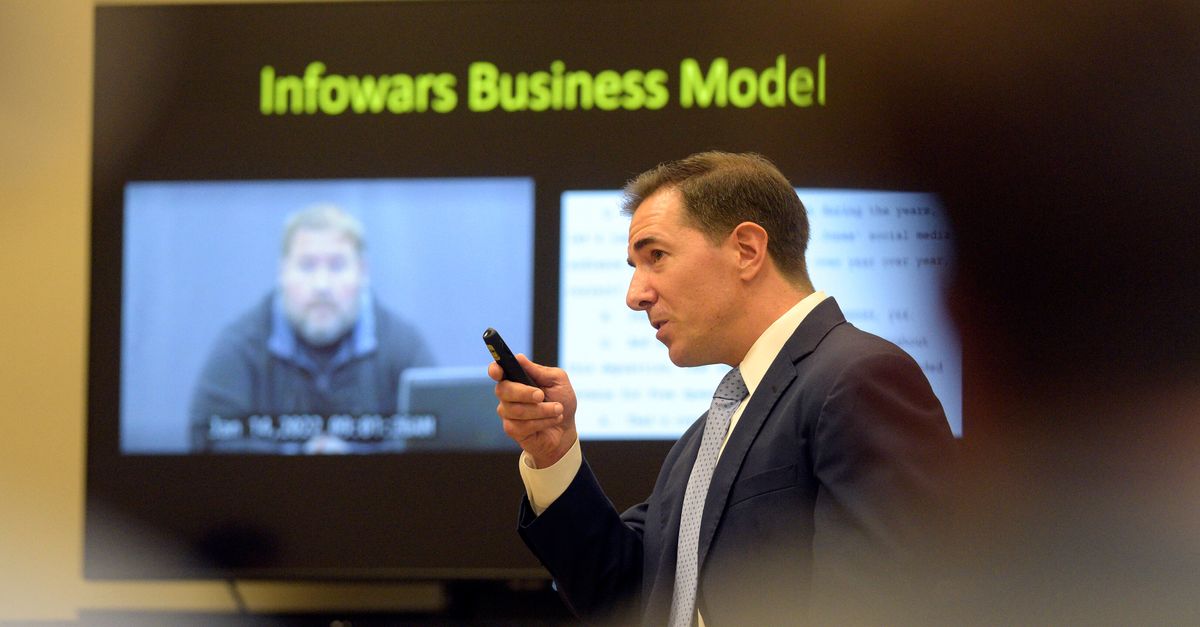 WATERBURY, Conn. — New evidence in Alex Jones’ defamation lawsuit on Thursday revealed how the conspiracy theorist and his website, Infowars, saw their income surge after a particularly nasty lie about a school shooting.

“FBI Says No One Killed in Sandy Hook Massacre,” read the headline of a bogus 2014 article on the site. The story, written by Infowars employee Adan Salazar, claims the government agency counted no murders in Connecticut in 2012, the year 20 children and six adults were killed at Sandy Hook Elementary in Newtown. .

While that’s not true, it didn’t stop Jones from going on his Infowars video program to say that an FBI report showed that “no one died in 2012 at Sandy Hook. It shows no homicides in this city.

On September 24, 2014, the day before Infowars was declared, the site had a turnover of $48,000, mainly from the sale of dietary supplements. When Infowars launched the fake Sandy Hook story on Sept. 25, daily revenue rose to $232,000, according to Infowars internal sales data presented during Jones’ trial.

Jones is facing his second defamation lawsuit this year related to the school shooting after he was ordered to pay more than $45 million in August to two Sandy Hook parents he defamed. Jones also lost several cases last year after failing to provide court-ordered documents. A jury will now decide how much to pay the Connecticut families, as well as an FBI agent who responded to the shooting and testified in tears in court on Tuesday.

When Infowars published the fake FBI story on September 25, 2014, Jones claimed on his show that the Sandy Hook school kids were actors. Wolfgang Halbig, an extremist who still claims the shooting was staged, joined him on the show.

From January 2012 to June 2019 – a period during which thousands of articles were published on Infowars – the second most popular article was Salazar’s Sandy Hook story. Nearly 3 million people accessed the article directly, Mattei told the court on Tuesday, citing internal Infowars data.

Jones, who has been notably absent from the courtroom so far, is expected to testify at some point in the trial, which is expected to last about a month.