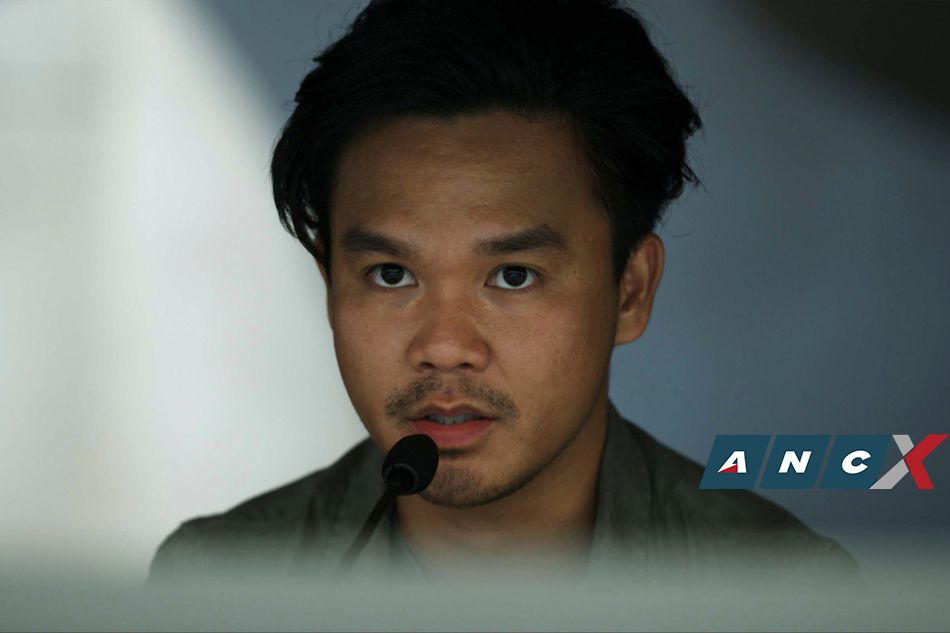 It’s impossible not to notice Mark Paguio in “Spiderhead,” Netflix Philippines’ current #3 movie. First off, he’s the character who works closely with the film’s lead, Hollywood superstar Chris Hemsworth, and he delivers a standout performance in the sci-fi psychological thriller, bringing to the table everything the role required.

In the film, Hemsworth is Steve Abnesti, the penitentiary’s principal investigator and Spiderhead’s research facility, and Paguio is Mark Verlaine, his devoted right-hand man. The story takes place in a state-of-the-art prison where prisoners enjoy specific freedoms. In exchange for these freedoms, however, the inmates agree to become research subjects to test mind-altering drugs. Paguio, in fact, is Igor for Hemsworth’s Frankenstein.

Paguio tells ANCX he didn’t expect to be cast in ‘Spiderhead’ when he auditioned for it in 2020. He recalls receiving an invite, stating in large letters that the film will feature the actor Australian Hemsworth. “I laughed when I read it because I never thought I’d be able to get the part,” the Pinoy actor recalled. But he tried anyway. “I just wanted to have a little fun with this audition, so I sent [an audition piece].”

He was surprised to receive a callback request, and he soon found himself in a meeting where he would meet the film’s director, Joseph Kosinski, for the first time. A week later, Paguio was invited to do a chemistry reading with Miles Teller, star of the memorable “Whiplash” and scene-stealer in the current mammoth hit “Top Gun: Maverick.” Teller plays one of the inmates in “Spiderhead.” After a few days, Paguio received a call saying he had gotten the part, which meant he had to go to Queensland in two weeks.

Since he had to quarantine for 14 days after his arrival, he took the opportunity to prepare for his character. He did a lot of reading and research. He was inspired by the HBO documentary “The Inventor,” which tells the story of Elizabeth Holmes, a former biotech entrepreneur convicted of criminal fraud. He also read about the pharmaceutical industry in America.

Going through the script and its scenes, he envisioned the soundtrack Verlaine might listen to, the anime shows he would watch, the type of coffee he would drink. “For a whole month, I drank black coffee. I hate black coffee. But I was doing all these fun little things to help portray my character,” Paguio recalls with a smile.

The Legazpi-born actor admits he found it intimidating at first working with the cast of ‘Spiderhead.’ But it all turned out to be a substantial and fun learning experience. “I sort of loosened up as I went on,” he told ANC Rundown. “The more I started doing it, the more I learned so much every day, just talking to everyone and watching everyone work. It was a great experience.

Speaking with Hemsworth before the actual shoot, the two came to terms on what kind of relationship their characters would have. “We’re kind of like an old married couple in that we work very closely and sometimes get on each other’s nerves,” Paguio told ANCX.

The Filipino actor tried to tap into many contradictions describing Verlaine. “I was playing on the idea that I knew as much, if not more than Steve. What if I had to leave [the company], the whole system would break down,” he says. “I respect him, but he also frustrates me. I’m very empathetic and really care about the work we do and how it could help the world. But I’m also a bit desensitized to ethics and dark areas, so I would just sit there and watch people’s emotions get manipulated.

Working on the set of “Spiderhead” taught Paguio things he didn’t learn in acting school. He studied performing arts at Monash University and completed further training in theater at the National Institute of Dramatic Arts. “Nobody can teach you to be self-reliant, not to apologize, to believe in yourself and to fight for what you want. It’s something you have to practice. It’s something I’ve been witness [the actors],” he says.

Hemsworth and Miller were helpful throughout the process. “Chris was always giving me acting advice. Miles and I had pretty big discussions about acting and the craft, about his philosophies – a wisdom that can only be acquired over years of experience. ‘experience.

It’s only been two years since Paguio started playing professionally, but his first big break was 20 years ago. It was at the age of eight that he joined a community production called “Ambassador Popoy”. The play, organized by fellow Filipinos, was to help raise funds for villages in the Philippines.

The stage became an important part of his high school life when he performed in plays and musicals. This led him to take performing arts classes at university and since then he has been doing gigs in theater.

Paguio also worked quite early in the food industry. He was 18, a high school student, when he took a management position at KFC. Today he works as a waiter, which helps pay the bills, he says. Career-wise, however, what he really wants to pursue is acting. And he is grateful to have the full support of his parents.

Legazpi City Paguios moved to Australia in 1999. Mark was four years old at the time. His mother was a teacher but also had different careers. “She worked at the factory. She studied accounting and became an accountant. She got bored and studied law. Now she’s a migration agent,” the actor shares. “[My parents] understand that there is no one way to do things. So I think that’s why they support what I want to pursue.

He would like to take on more challenging roles in the future, tackling characters that reflect his own history. He would love to make films with HBO and A24, which produced the very famous “Everything Everywhere All at Once”. He likes the idea of ​​playing different characters and getting involved with them. They might not necessarily be Filipino, but Paguio thinks he brings his own Pinoy-ness to the job. “My way of working is very Filipino,” he says. “I like to bring so much joy into everything, and I work really hard. [Being a Filipino] plays a lot on the way I live my life and the way I work.