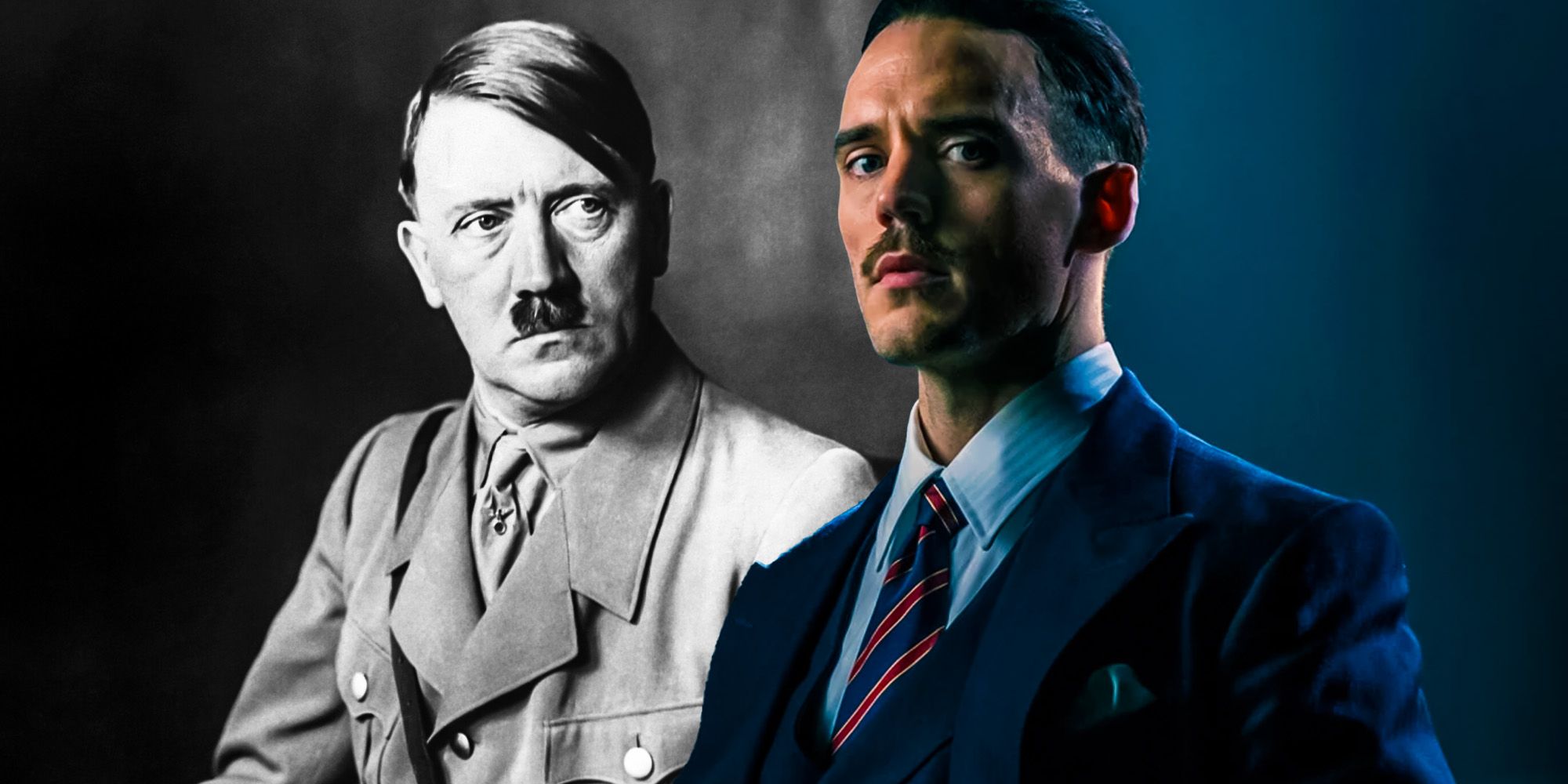 How Close America Came to Allying with Hitler

Whereas Peaky Blinders‘ Jack Nelson is a Boston gang leader, he is based on American politician Joseph Kennedy Sr., the father of President John F. Kennedy. Like Jack Nelson, Joseph Kennedy Sr. was a close associate of President Franklin D. Roosevelt with political ambitions and controversial views. However, unlike Nelson, he was not involved in the crime, but there is historical evidence that he was engaged in financial dealings that eventually became illegal, such as insider trading on Wall Street.

Related: What The Peaky Blinders Bible Verse Means & Why It Matters

Most American accounts of World War II portray the United States as a champion of human rights and the world leader in the fight against Nazi persecution; however, in reality, America’s political situation was complex and nuanced between World War I and World War II. Anti-Semitism and the Pro-Nazi Views of Jack Nelson in Peaky Blinders imply that not all Americans were against Nazism at the time, and this truth extended even to the nation’s most powerful and influential figures. As Peaky Blinders suggests that in the years leading up to World War II, Americans were not united in their views on Nazi Germany or the United States’ involvement in the war. It was possible that the United States took a pro-Nazi stance, and the story could have gone in a different direction. Here’s how close America came to allying with Hitler in real life, and how close Peaky Blinders is right about this true historical story.

Why Jack Nelson is sent to investigate Nazism in Europe

In Peaky Blinders season 6, Jack Nelson travels to the UK with his wife, mistress, President Franklin D. Roosevelt’s son, and Gina to obtain US import licenses at top Scotch and Irish whiskey distilleries. However, he is also there on behalf of President Franklin D. Roosevelt, a close associate, to collect information regarding support for fascism in the UK. Peaky BlindersThe new villain, Jack Nelson, is a man with his own political ambitions, which allows him to serve as the President’s confidant. Roosevelt would likely be interested in information about the popularity of fascism in Britain to gauge the political situation in their European ally and to help determine America’s course of action.

Who is Jack Nelson based on – Is he a Nazi?

Jack Nelson is based on American politician Joseph Kennedy Sr., the father of President John F. Kennedy. Although Kennedy was certainly not a gangster like Nelson, he was also a Boston native with questionable morals. Kennedy was not a Nazi, but he was a supporter of fascism and a Nazi sympathizer, just like his Peaky Blinders temper. Kennedy, in his paranoia, believed that the Jewish people were influencing American culture and politics in corrupt and malicious ways, and while serving as Ambassador to the United Kingdom, Kennedy voiced his controversial views. In 1939 he told a British reporter that the United States Democratic Party was “a jewish production“and that Roosevelt would fall in 1940. Further, in 1940, Kennedy told the Boston Sunday Globe, “Democracy is over in England. It may be here.Due to his anti-Semitism and public denunciations of democracy, Kennedy was forced to resign as ambassador in 1940, just weeks after President Roosevelt was elected.

Like the real story behind Peaky Blinders character of Diana, the mistress of Oswald Mosley, the character of Jack Nelson is also inspired by an equally fascinating true historical tale. On September 6, 1888, Joseph Kennedy was born into an Irish American family in Boston, Massachusetts. After graduating from Harvard University in 1912, he became the nation’s youngest bank president at age 25. Kennedy became a multi-millionaire earning huge sums of money in finance and real estate. During World War I, he managed the production of transports and warships, which led to his close relationship with President Franklin D Roosevelt. Roosevelt appointed Kennedy Chairman of the United States Maritime Commission and then Ambassador to the United Kingdom from 1938 to 1940.

As the Peaky Blinders villain, Jack Nelson, Joseph Kennedy also intended to correspond with prominent German politicians of the Nazi regime. Following his appointment as Ambassador to the United Kingdom by President Roosevelt in 1938, Kennedy met with the new German Ambassador to the Court of St. James, Herbert von Dirksen, on several occasions without the approval of the US State Department. At one such meeting he informed von Dirksen that President Roosevelt had been the victim of “Jewish influence.” When Germany invaded Poland in 1939, starting World War II, Kennedy also publicly advised President Roosevelt not to support Britain in the war against Nazi Germany.

His isolationist views, anti-Semitism and support for fascism ruined his political career. After Roosevelt’s triumph in the 1940 election, Kennedy resigned as ambassador and her relationship with Roosevelt ended. He never held another important position. When Joseph Kennedy’s son, John F. Kennedy, decided to run for Congress in 1946, Kennedy Sr. stopped pursuing his own election hopes. Instead, he put his power and resources to work for his son’s political career.

How close the United States was to working with Hitler

At the beginning of the 20th century, as Peaky Blinders suggests, overt anti-Semitism was present at all levels of American society. Many influential figures publicly blamed the Jewish people for America’s problems, and elite universities such as Harvard, Yale and Princeton authorized anti-Semitic policies, including quotas on the number of Jewish students admitted. In the years leading up to World War II, anti-Semitism manifested itself in the isolationist movement. At the height of isolationism’s popularity, the isolationist group, the America First Committee, had over 800,000 members from all parts of the country, including well-known public figures such as Walt Disney and Gerald Ford.

Peaky Blinders‘ Compelling characters and a poignant portrayal of the chaos, fear, and conflicting characteristics of the era draw attention to these lesser-known and often shocking aspects of pre-WWII American history. Yet while many isolationists were anti-Semitic, the movement’s efforts were largely aimed at keeping the United States out of the war in Europe rather than becoming firm political allies with Nazi Germany – and in May and June 1940 , the American political situation had changed considerably. The United States had initially assumed that its European allies, who had greater resources and larger populations, would easily suppress Germany’s aggression, but Hitler’s forces first won unprecedented victories and the ermany took control of Western and Central Europe, posing a substantial threat to America’s allies. Debates over US war policy came to a complete halt on December 8, 1941, the day after the Japanese attack on Pearl Harbor, and the first US commission disbanded shortly thereafter, as states States officially joined World War II.

Next: Everything We Know About The Future Of Peaky Blinders: Movie Spin-Off & Season 7

Emma holds a Masters in Film and Electronic Media from American University. She is a documentary filmmaker, writer and educator.