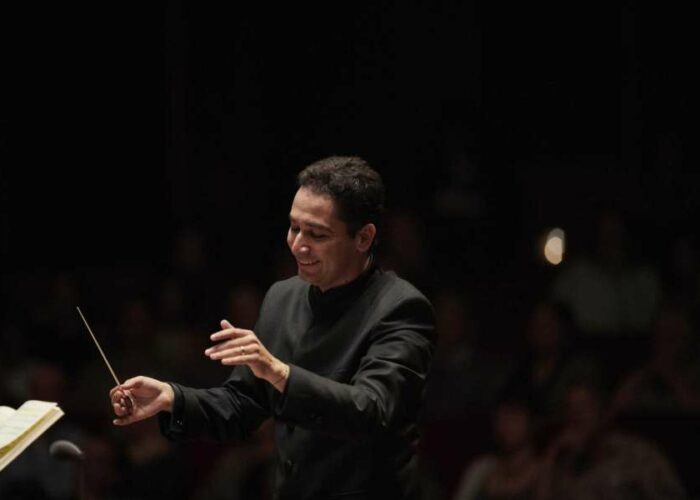 Shortly after AndrÃ©s Orozco-Estrada arrived in Houston from Colombia for his first season as Music Director of the Houston Symphony, he began to notice the commercials for “The Nutcracker”. The following year, the same.

â€œ’The Nutcracker’ has never been very popular in cinemas in Colombia,â€ he says. â€œIt’s not that event you always see in December, ever. But here, every year, September, October November, I saw advertisements for “The Nutcracker”.

Orozco-Estrada admits that his first in-person experience with ballet was also not considered a screening. For this performance, he was in the pit and leading the dance behind him. â€œSo,â€ he said, â€œwe didn’t have time to appreciate the movement, the pirouettes. I have come to appreciate it as quite a beautiful job. But the music was the first thing I got out of ‘The Nutcracker’. It’s a piece of music, it’s hard to create a best of, because everything is there, all the music is bright and colorful.

Her history with Tchaikovsky’s music allows her to see it “unlike how many people know it.” I first approached the music.

The Nutcracker by Tchaikovsky and Gil Shaham

Allowing the music to dance alone will be Orozco-Estrada’s task this weekend when he conducts the Houston Symphony through a program anchored by excerpts from “The Nutcracker”. The performance is a gentle nod to the season without surrendering completely to a holiday mood.

Some favorite pieces from Tchaikovsky’s work will end up in the performance, but Orozco-Estrada also sought to emphasize some of the pieces that don’t hit malls in November and December.

On the phone, we hear him go through the pages of music before finding one that has recently caught his attention: “La valse des flocons de neige”, which concludes the first act of the ballet.

â€œThis is one of those sections that I almost forgot until I realized it in the pit,â€ he says. â€œThis little number, with these angels – female voices or a children’s choir. I just remember thinking it was the most beautiful, simplest music that took me to a different dimension. It was like heaven. I was so happy to rediscover this room. So I’m working with the Houston Symphony Chorus on this tiny little thing. They sing for maybe three minutes. It is very short but this effect occurs. Sometimes you can get so much magic out of little things.

This weekend’s program will place a trio of works ahead of Tchaikovsky’s excerpts: â€œDances in the canebrakesâ€, by Florence Price; Samuel Barber’s Violin Concerto; and the Gran duo concertante by Giovanni Bootsini.

Gil Shaham had been selected as guest violinist for this weekend and he suggested the piece Barber. Orozco-Estrada wanted to add a piece by another American composer, based on the work of Price, which he describes as “very jazzy and American”. The Bootsini work with the Houston Symphony’s main double bass, Robin Kesselman, who, according to Orozco-Estrada, “plays the double bass almost like a cello or viola, with so many different colors exhibiting so much technique.” He asked Shaham to perform on the play. â€œHe certainly didn’t have to, but he said yes. It was like a Christmas present.

The show is part of Orozco-Estrada’s farewell season with the Houston Symphony, having been musical director and conductor since 2014. Thus, the 2021-22 season is one with notable firsts and lasts. . Among the first: He will lead the Houston Symphony’s Family Series, “Nutcracker ‘s Musical Treatments – For the Kids,” which will air twice on the morning of December 4th.

The Houston Symphony also announced last week its plans for AndrÃ©s Fest: A Symphonic Celebration, which will run March 18-27. Specific details of the schedule are not being announced, but the symphony will perform pieces closely related to Orozco-Estrada’s tenure here, as well as world premiere commissions.

Unsurprisingly, when asked about the celebration that bears his name, Orozco-Estrada gently pulls away. â€œI like the idea that this event features our many soloists,â€ he says. â€œWe’re going to use a lot of imagination and creativity for these programs, come up with shorter tracks, bright and colorful orchestral pieces that celebrate the friendship and the music we’ve created together over the past two years. This allows soloists to tell their part of the story.

A month later, he will bid farewell to the Houston Symphony with performances of Mahler’s â€œResurrectionâ€ Symphony on April 29-30 and May 1. On the weekend of May 20-22, new musical director Juraj Valcuha begins his time with the Houston Symphony in a big way with Beethoven’s Symphony No. 9.

But Orozco-Estrada has repeatedly hijacked the conversation from his departure in favor of talks about connectivity – especially with regard to this week’s schedule built around “The Nutcracker”.

â€œI don’t think of it as a Christmas play, but if people do, that’s fine too,â€ he says. â€œAnd maybe Iâ€™m the romantic one, which is a Christmas feeling. I think it should be a peaceful evening with a lot of bliss. Iâ€™m not trying to overstate this with the COVID situation, but I feel like we need music like this for the soul To be happy You can never have enough good positive energy.