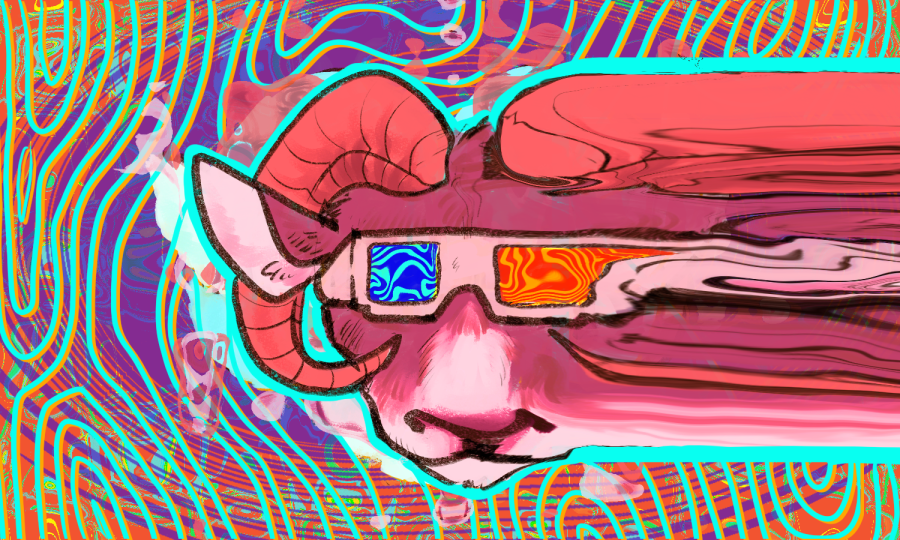 In the spirit of scary season, I decided to engage with my fears by adding a psychoactive element to my scary movie experience.

I set parameters regarding my method of cannabis use based on the timing of the film and recorded my reactions throughout the two-hour film.

It should be noted that my relationship with cannabis is extensive, but I am by no means a fan of horror movies. I look at them very rarely, and the ones I looked at never left my consciousness. That being said, I knew the movie and weed selections would be everything when it came to the outcome of this experiment.

My reasoning was: get as high as possible throughout the movie without peaking before the scariest parts. With this goal in mind, I have defined a range of test-grade sativa products to consume before and during testing. I also ate 40 milligrams of edibles about an hour before I started the movie for good measure.

Now that I’ve explained my thinking regarding weed, I’ll explain my movie choice. I chose to watch the 2018 film “Hereditary” because of its accolades and also because the elements and subject matter of the psychological thriller felt deeply disturbing to me when watching the previews.

Initially, as mentioned earlier, I took edibles that started appearing early in the movie. It felt like such a short time before I felt tense.

As I nervously adjusted and watched the intro to the movie, I smoked a blunt at a time to increase the high and stimulation of the nicotine, which certainly got me even more on edge. I found myself jumping at light noises just waiting for something major to happen.

The film’s build-up was slow, leaving plenty of room for silence and wonder. My brain used that time to run through all the possibilities and outcomes, trying to unpack the secrets of the story before they could catch me off guard. I clung to every word, listening for clues and foreshadowings, but I was just too stoned to be certain of anything.

There were many elements introduced early in the film that hit too close to home, causing my fear and anxiety to skyrocket.

For the first 40 minutes I could feel my heart rate increase until the first big scare finally hit – and it got me.

For the sake of not spoiling the details, I won’t report what I saw, but I will say that it made me widen my eyes and gasp. I was completely horrified by what I had just witnessed. It was the moment I feared and waited for.

As the film continued past this scene and as I entered the second half of the film, I dropped a large nut to serve as a send off. Unsure of what was next, I sat with my eyes glued to the screen and carefully examined the scene, its characters, and its details. That’s when the experience slowly turned into something I never expected.

About an hour and 20 minutes later, I reported having a moment of audible laughter that turned into comedic fun in its own right. It’s important to keep in mind that at this point I was completely cooked, so my interpretations in no way reflect those of someone who might have watched this film sober.

As a completely stoned viewer tends to do, I began to have other ways of perceiving the events of the film, which allowed my fear to fade. The long pauses and buildup to the film scared me the most during the first half, but the second half gave me too much time to calm down and speculate.

By the end of the movie, I was completely amused and slightly confused, which made the “big” ending completely silly to me. I found myself laughing continuously as the final events unfolded, and once the film was over, I was no longer in a state of fear.

After watching this movie, I think a movie with a faster pace and more visceral events would have kept me in that state of fear and anxiety. I also think that if I were to watch this movie again without being stoned, I might understand the overall plot better.