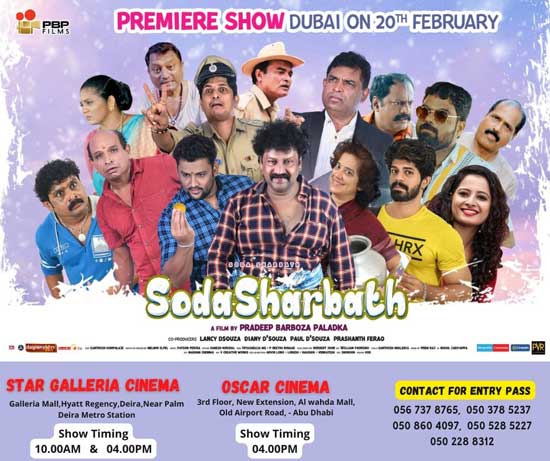 Dubai, February 5: The Blockbuster Tulu movie ‘Soda Sharbath’ is set to be released in the United Arab Emirates on February 20. PBP Films, in a press release, said there will be two shows at the Star Galleria Cinema at the Galleria Mall, Hyath Regency Deira on February 20 at 10 a.m. and 4 p.m. Another show will be held on the same day at the Oscar Cinema in Al Wahda Mall in Abu Dhabi at 4 p.m.

The film’s release in India was a huge success and attracted audiences. It was the first film to complete 25 days in theaters after Covid restrictions were lifted. Many film artists reside in the United Arab Emirates. So there was a huge demand for its UAE premiere in the early days of its Indian release. But due to Covid restrictions, the makers were unable to release the film at the same time in the UAE. But now the situation is favorable to release the film in theaters in the United Arab Emirates, the statement said. 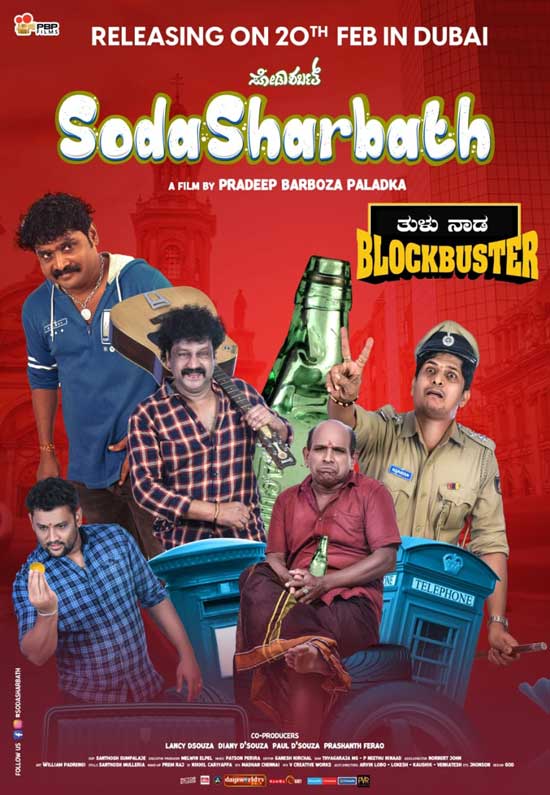 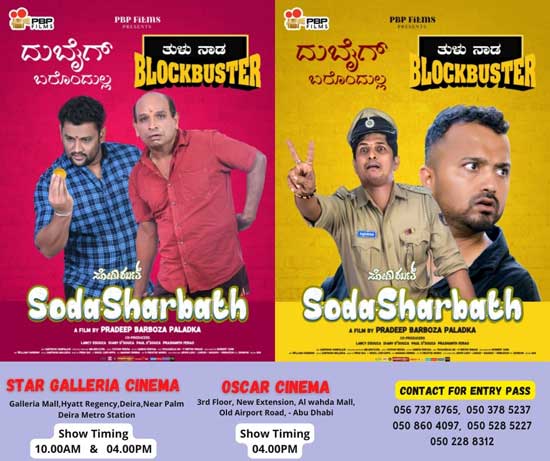 Speaking to daijiworld, Pradeep Barboza said, “It was our dream to release the movie ‘Soda Sharbath’ in the UAE. More than ten artists, including the heroine from the United Arab Emirates, have starred in the film and their followers have waited long enough to watch them on the big screen. This is good news for all Tulu, Konkani, Kannada and Beary communities residing in the UAE. The drama or movies of Tulu here in the UAE turns into a festive season. So it’s a golden opportunity to make your February happy by watching ‘Soda Sharbath’.”

The story and screenplay are written by Pradeep Barboza, who made a name for himself directing the Konkani film “Ek Aslyar Ek Na”. He directed and produced the film under his PBP films banner. Ganesh Nirchal who edited movies like ‘Kanasau Maratakkide’ and ‘Katapadi Kattappa’ edited this movie. The young talent Santhosh Gumpalaje worked as a cameraman. The music is conducted by Patson Pereira Mangaluru. Thyagaraj and Neetu Neenad are the playback singers of this film.

“There are two songs in the film, which are sung in a band by Nihal Tauro of Indian Idol fame, Devadas Kapikad and Bhojaraj Vamanjoor. The lyrics are written by Umesh Mijar and Abhishek Shetty.