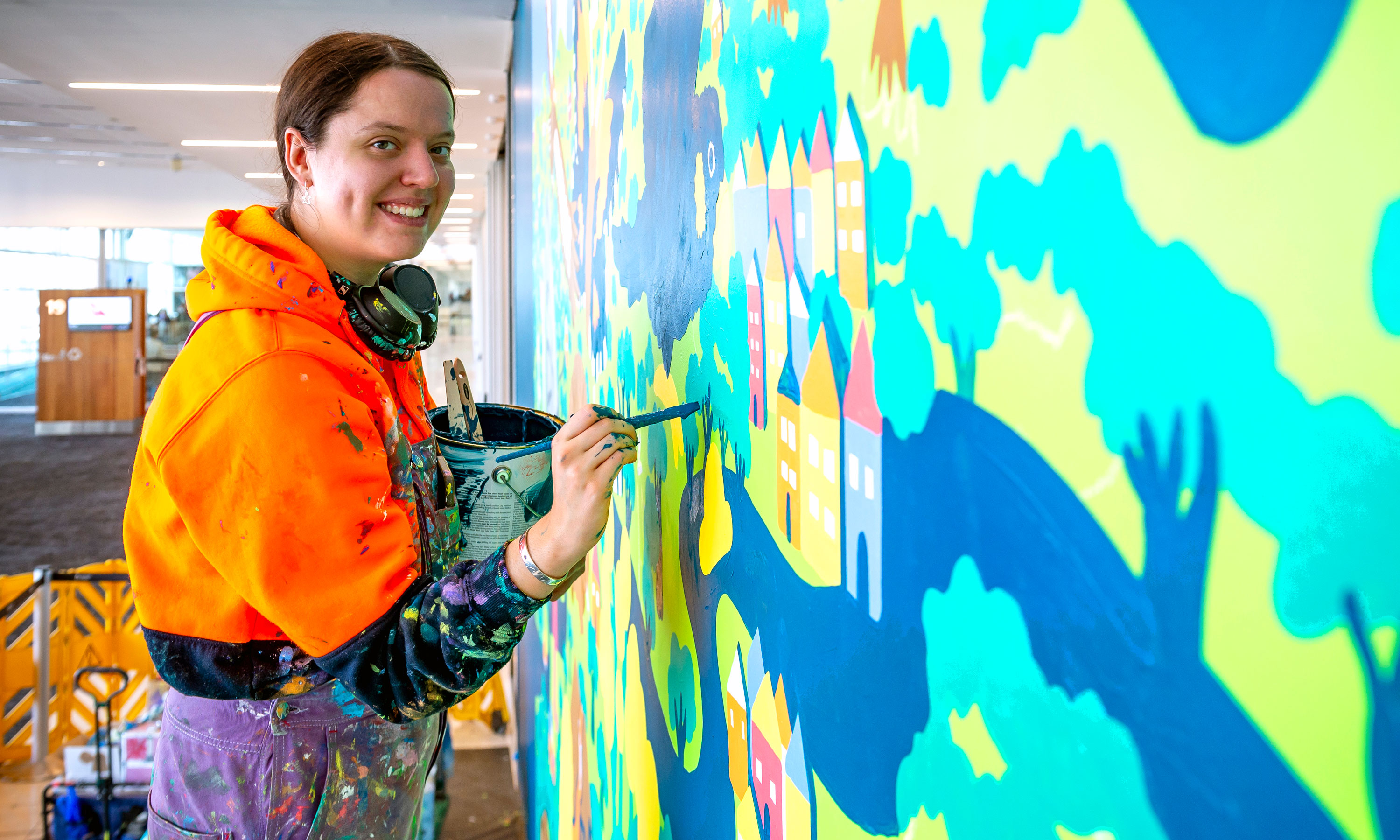 The art of parks

The works, at gate 18, were launched yesterday afternoon during an event marking the end of National Park Town Month.

Professor Chris Daniels of Green Adelaide, who commissioned the mural, believes it will raise awareness of the National Park City movement and help promote Greater Adelaide globally as “a city that connects people and with nature”.

“My piece depicts Adelaide in an abstract and colorful way, from the hills to the sea: from a vision of a platypus in the Torrens, to our iconic hill landscape, and parks and vineyards and the Mall’s Balls,” says Penn. .

The young artist has previously created public murals in places such as Adelaide Central Market, Festival Plaza and Rundle Street U Park, as well as wineries and residential spaces. One of his other recent projects was a mural at the Grace Emily Hotel which served as the backdrop for his fundraising in Ukraine.

Thirty-one artists and six ensembles will perform at the UKARIA Cultural Center during its winter-summer 2022 season as the Adelaide Hills venue once again welcomes international musicians for the first time since the pandemic began. 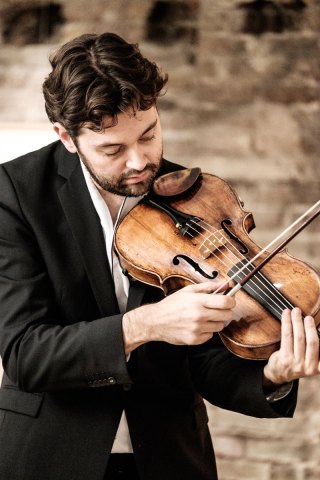 The 21-concert programme, launched today, features nine international artists. Among them is acclaimed British violinist Lawrence Power, who will host the flagship UKARIA 24 October long weekend including five concerts crossing the music of the 17e century to contemporary works, with Power joined by colleagues from Norway, Sweden and Italy, as well as artists from Australia.

The season will open on August 19 with a concert by flamenco guitarist Paco Peña and brothers Slava and Leonard Grigoryan which promises to showcase “the precision and artistry of the acoustic guitar in a collaboration that combines the fiery flourishes of flamenco with the harmonies and colorful tones of classical music”.

Other artists on the program include Finnish pianist Olli Mustonen, who will perform a concert of works by Beethoven and Bach, as well as a twilight recital with violinist Richard Tognetti; international bassist Avishai Cohen and his Avishai Cohen Trio, who will headline the Melbourne International Jazz Festival in Australia in October; the Australian String Quartet; R&B/soul singer Ngaire, in collaboration with Paul Grabowsky; and singers Lior and Domini, whose show hidden animal was a highlight of the recent Adelaide Cabaret Festival.

Shedding light on art and science 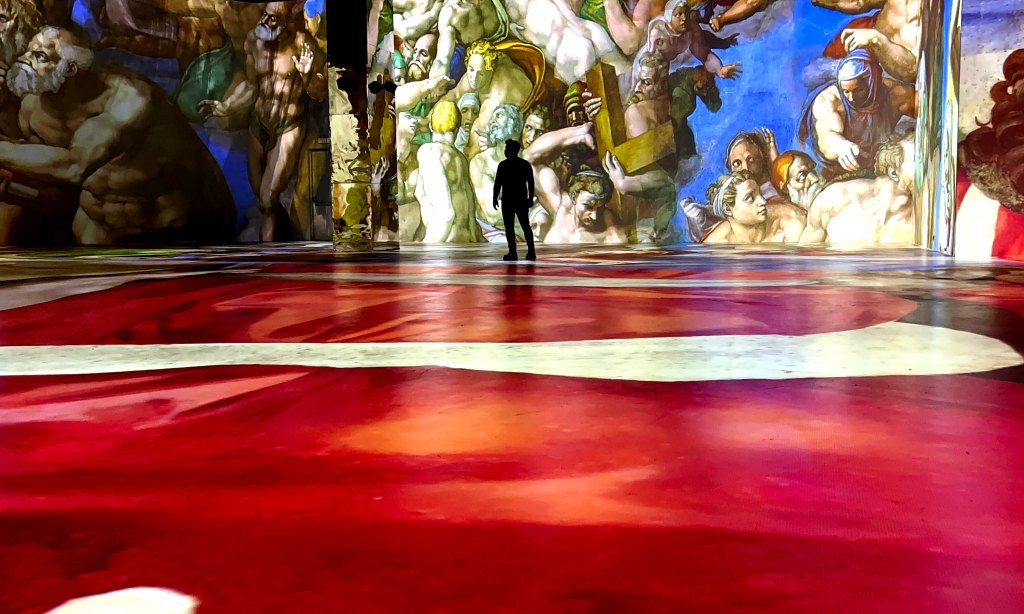 Most Adelaidens will have heard of Ouchhh Studio, the Istanbul-based new media artists and designers who bring their Wisdom of AI Light multi-sensory experience at a large pop-up venue in the East End during Illuminate Adelaide.

Ouch describes himself as a pioneer of data paintings and sculptures, and for Wisdom of AI Light he trained his artificial intelligence to analyze billions of brushstrokes from Renaissance painters such as Leonardo da Vinci to create a new work of immersive Renaissance-style moving images. The second part of the exhibition features works from his other projects, including a 3D projection made in collaboration with NASA.

Studio Co-Head Ferdi Alici is coming to Adelaide for Illuminate, and in a talk presented jointly by the festival and Guildhouse at Light on July 18, he will discuss the process of creating cutting-edge works at the intersection of art , science and technology. . The conference, from 4 p.m. to 5 p.m., is free and tickets can be reserved here.

Illuminate Adelaide runs throughout July, with the light cycles Night Experience in the Botanical Gardens and luminous creatures at Adelaide Zoo from July 7.

Innovative use of 21stTechnology of the Century also sheds new light on valuable works of art in the new David Roche Foundation exhibition: Lookalike and Zombies.

The exhibition features a collection of new physical and digital works – described as “astonishingly playful and highly crafted” – which have been created from 3D scans of pieces from David Roche’s 18th and 19th century.e-century collection of decorative arts objects.

Techniques such as 3D printing, 360-degree photography, photogrammetry and digital modeling were used to create the pieces, some of which are manipulated to play with the viewer’s perception. Works include augmented reality Doppelgangerfor which visitors will receive a QR code that will allow them to view it later on their portable devices at home. 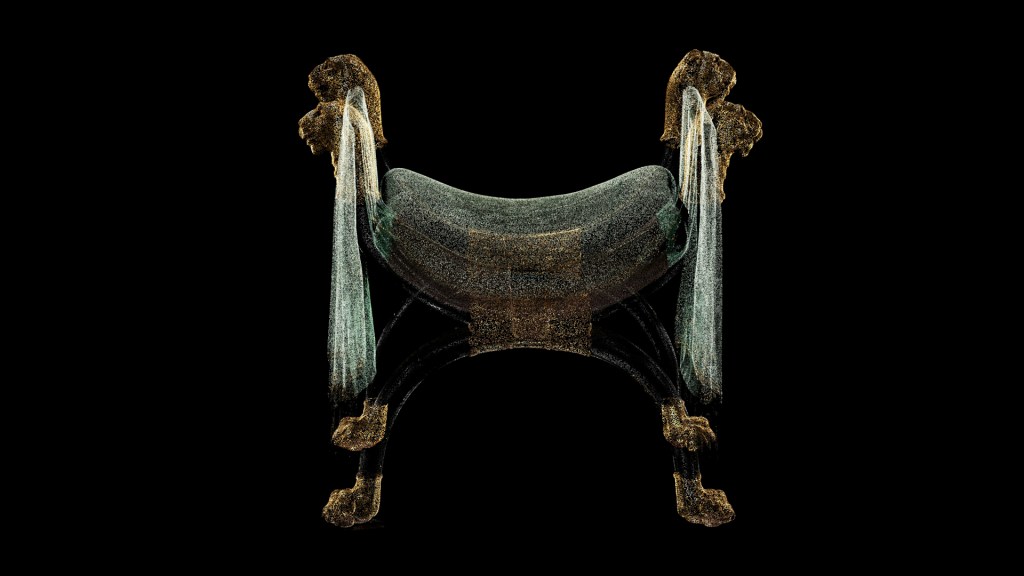 Rochus Hinkel and Melissa Iraheta, Fabulations – Manticore, excerpt from a video animation, after Thomas Hope, X-frame stool. Courtesy of the University of Melbourne.

Dr Rochus Hinkel, associate professor at the Melbourne School of Design and co-director of the Advanced Digital Design and Fabrication research group at the University of Melbourne, led the research and development behind lookalike and zombies and will present an artist talk at UniSA’s Hawke Building on July 22, as well as artist tours of the exhibition the following day. There will also be an auction of collectibles and NFTs (non-fungible tokens) on display at lookalike and zombies July 23. Tickets for these free finishing events can be reserved here.

lookalike and zombies is presented at the museum from July 1 to 23. 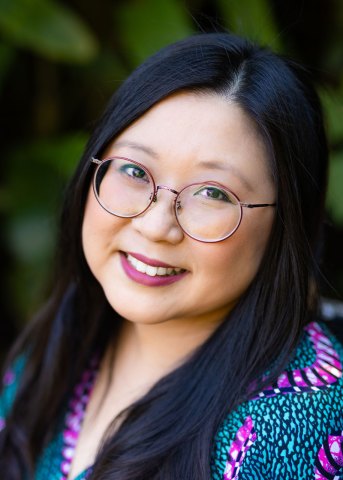 Writer, comedian and “foodie” Jennifer Wong – ABC TV presenter Chopsticks or Fork – has been appointed curator of the writing and ideas program In Other Words 2022 of the OzAsia Festival.

In Other Words was introduced as part of the OzAsia program last year (replacing the JLF Adelaide events held in 2018-19), with the 2021 lineup curated by former Adelaide Writers’ Week director Laura Kroetsch.

For this year’s event, Wong will work with guest curators Marc Fennell and Beverly Wang.

“As a former Asian Studies student with a passion for books and involved in Asian-Australian performance since 2011, I am delighted that In Other Words is the perfect place to celebrate and bring together the incredible array of Asian talent in Australia. . ,” she says. “Whether it’s music or journalism, science or literature, cooking or pop culture, we’ve got you covered…we bring together thinkers and writers from all walks of life who will inspire, will provoke and comfort.”

The lineup for In Other Words will be unveiled in September, while the lineup for the rest of the OzAsia festival (October 20 – November 6) will be announced in early August. Wong, who created and hosted The Special Comedy Special in 2021, will also appear in this year’s festival comedy special.

A new festival in search of emerging composers

Emerging composers from South Australia are being offered the opportunity to get involved in a new music festival to be held over three Sundays in November.

Expressions of interest are sought (here) emerging composers interested in producing a new chamber work for the festival; successful applicants will have their pieces worked on in the studio under the direction of Anne Cawrse and other established composers, then performed and recorded live as part of ReClassified.

Green Room is a regular column for InReview, providing fast-paced news for those interested or involved in South Australian arts and culture.

Contact us by writing to us at e[email protected]

Increase your impact by doubling your donations

When you pledge to make a regular weekly, bi-weekly or monthly tax-deductible donation to InReview, each scheduled donation will be matched by Creative Partnerships Australia. That means you’re supporting twice as many InReview stories to order, edit, and publish.