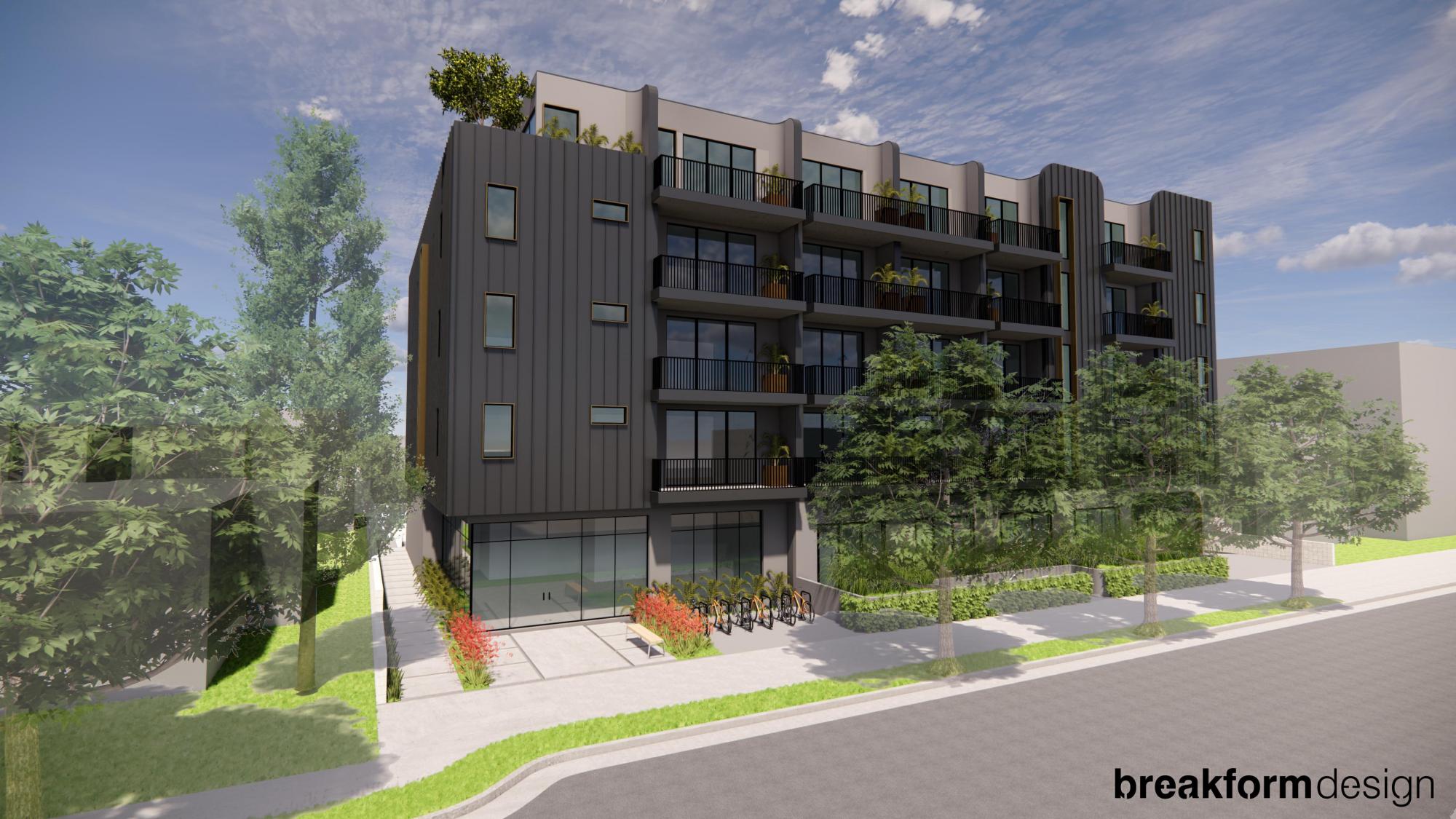 The Kelton Avenue project would include 43 units

Palms has a new five-story multi-family resort project in the works according to a set of plans that the Palms Neighborhood Council has shared with the world, as reported by Urbanize Los Angeles. The proposed site is at 3676-3704 S. Kelton Avenue, near Venice Boulevard. The project would include underground parking for 26 vehicles and would contain 43 one- and two-bedroom units.

This project has not yet been added to the Palms Planning Department’s official list of records but, according to Urbanize Los Angeles, the proposed project will be granted density bonus rights to allow the building to rise. to five stories despite prevailing zoning ordinances. The area. According to this agreement, 11 of the apartments will have to be reserved as very low-income housing.

The project at 3676-3704 S. Kelton Avenue is designed by Breakform Design and according to Urbanize Los Angeles, the building will have a metal exterior and a rooftop terrace included in the contemporary low-rise structure and that LG Alliance Corporation owns the land. and proposed the development plan.