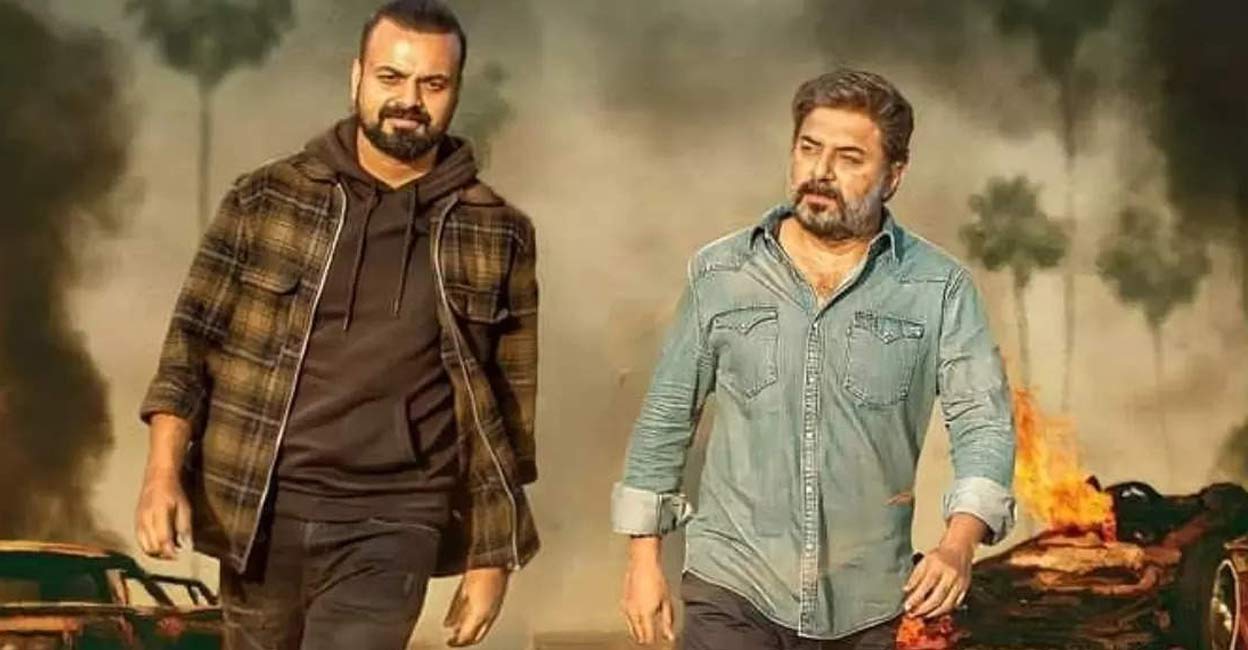 ‘Ottu’ starring Arvind Swamy and Kunnchako Boban in the lead roles was one of the most anticipated movies of the season as it brings two evergreen romantic heroes together on screen. However, those going to the theater hoping to see a romantic entertainer would be disappointed as “Ottu” is a gripping thriller that could set screens on fire. After the romantic comedy “Theevandi”, filmmaker TP Fellini tried his hand at a different genre in his latest outing. The spectacular performances of veteran actors Aravind Swamy and Kunnchako Boban who got quite “unpredictable” with their unique choice of roles in their second run make “Ottu” a perfect gangster flick.

Interestingly, the movie was simultaneously released in Tamil as ‘Randakam’. Ottu’s plot, which tells tales of dishonesty and betrayal, is set in Mumbai. It looks like the second chapter of “Ottu” is out now and there will be a prequel and a sequel for the thriller.

The film ends by making the audience curious as to why David betrayed his guru, Asainar. There are plenty of cliche moments in the first half before the film shifts gears in the second half, leading to a thrilling climax. The movie is able to keep the audience entertained from start to finish and also give hints about possible sequels.

The script of the film is written by S Sajeev. The film explores the mysteries lurking in David’s past. Moreover, the plot amazingly depicts gold smuggling on the Mumbai – Mangaluru route, gang wars and betrayals.

The director mentioned in interviews that his name was Fellini because his father was an admirer of legendary Italian filmmaker Federico Fellini. However, Fellini is an avowed fan of Italian legend Sergio Leone, considered one of the most influential directors who popularized the spaghetti western genre. ‘Ottu’ begins by paying homage to Leone’s ‘The Good, the Bad and the Ugly’ which tells the story of a trio searching for the gold that went missing during the American Civil War, in the titles. Even though the characters in ‘Ottu’ are Malayali, the plot or the way the characters were treated has hardly any Malayali essence.

‘Ottu’, curiously shares the spirit of some recent Tamil films which have been inspired by western gangster films. The film which begins in Mumbai progresses through Goa and Mangaluru. However, unlike the usual mass-action thriller, “Ottu” isn’t jam-packed with high-octane action sequences. Instead, the film boasts multiple layers that explore the emotional state of the characters. Sometimes audiences may think ‘Ottu’ is a love story and other times it feels like an emotional drama. Additionally, there are also elements of a road movie. However, at its climax, ‘Ottu’ takes the form of a fabulous action thriller.

Arvind Swamy and Kunnchako Boban are two extremely talented actors who wowed the audience on their second run. Interestingly, they both had romantic hero labels throughout the early phase of their careers. However, upon their return, the actors managed to break with this stereotypical “image”. From a handsome romantic hero, Aravind Swamy transformed into a ruthless villain who stunned critics and audiences alike with his incredible performances in ‘Thani Oruvan’ and ‘Bogan’. His natural acting abilities made audiences root for the villain rather than the hero.

Meanwhile, Kunnchako Boban has managed to elevate his career chart by trying out for lead roles and supporting roles at proper intervals. The actor, who is celebrating his 25th birthday in the cinema, set the box office on fire with his recent release “Nna Thaan Case Kodu”. If he had portrayed a commoner in this classic satire, Kunchako Boban had turned into a mass hero in ‘Ottu’. The main cast’s unpredictable role choices are what make “Ottu” exciting and thrilling. The film also stars Bollywood actor Jackie Shroff and South Indian stars like Aadukalam Naresh, Eesha Reba, Jins Bhaskar and Amalda Liz.

When hero and villain continue to switch roles, “Ottu” becomes an interesting watch. As the film does not adopt the formula of a regular mass masala, fans of these films may not be impressed with the film’s unique treatment. However, the film stands out for its spectacular technical quality and stunning performance. Music and background music by Arulraj Kennedy contributes to the pacing of the film. Meanwhile, Ranganath’s sound design and Tapas Nayak’s sound mixing add to the film’s technical brilliance. Gouthan Sankar’s camera, Appu Bhattathiri’s editing, and Subash Karun’s production design elevated the overall vibe of Ottu.

Now the wait continues for Chapter 1 which explores David and Asainar’s past and for Chapter 3 where the scores are finally settled. This film really has the potential to be transformed into a parallel cinematic universe in the South Indian film industry.