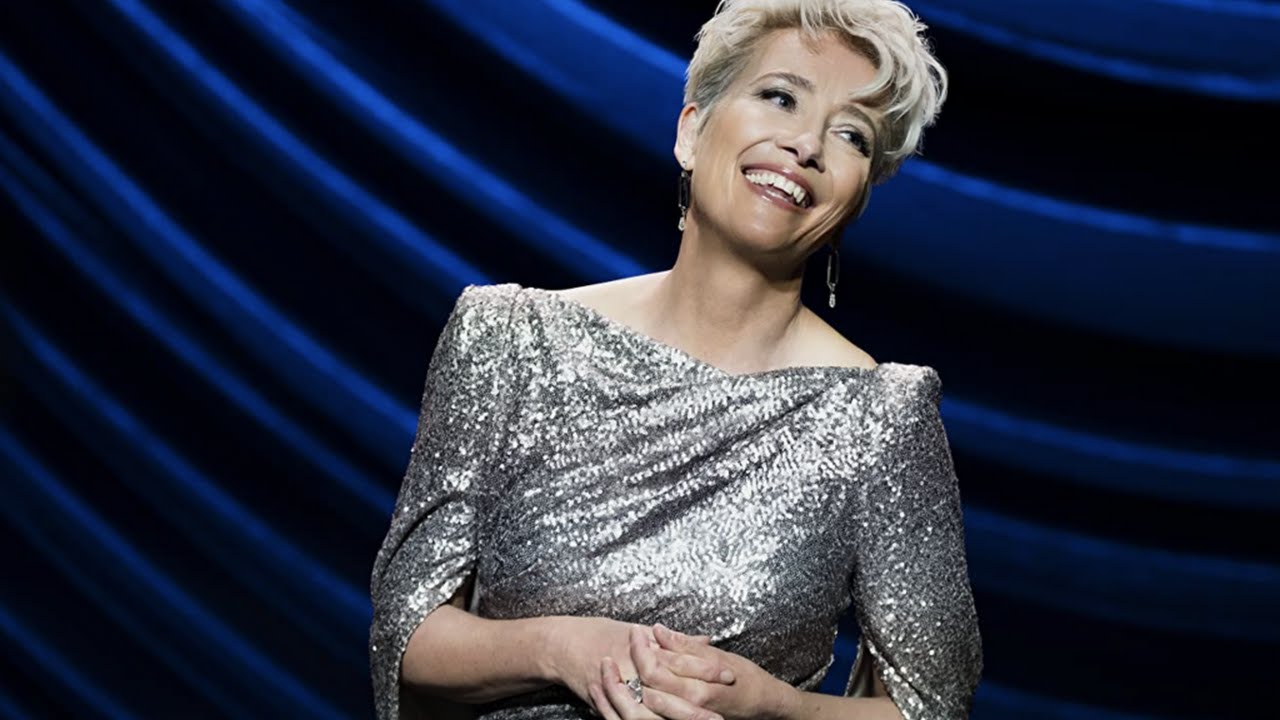 Emma Thompson is one of those actresses whose name is usually met with adoring lyrics of “Oh, I love her.” She’s played everyone from Nanny McPhee to Professor Sybil Trelawney and she’s been brilliant in every movie we’ve seen her in so far…even this slightly deranged Christmas movie last Christmas, where she introduced herself as a depressed former Yugoslav immigrant. If you haven’t seen it, you’re in for a wild ride, but it’ll probably ruin Wham! for you forever, so be warned.

Always with one eye on the future and what her next big thing will be, Thompson already has plenty to do this year, including a starring role in the comedy-drama Good luck to you, Leo Grande. Set to play retired teacher Nancy Stokes, her character is a 55-year-old widow who “craves adventure, human connections and good sex.” According to Deadline, her late husband, Robert, “provided a home, a family, something resembling a life, but good sex was never offered during their 31-year marriage.”

All of that is about to change for Nancy who decides to find the adventure she seeks (i.e. her first orgasm) with a sex worker named Leo Grande (played by Daryl McCormack). A role unlike any she’s played before, stepping into the character of Nancy Stokes was difficult in more ways than one, not least because the script required Thompson to be completely naked at one point.

The only full-face nude scene she’s done in her career, Emma admitted she found the process very demanding and there was actually a lot to prepare for the big moment. “Sophie [Hyde, director]Daryl and I rehearsed fully naked and talked about our bodies, talked about our relationship with our bodies, drew them, discussed the things we find difficult [them]things we love about them and described each other’s bodies,” Thompson revealed during the project’s virtual premiere at the Sundance Film Festival last weekend.

“It’s very difficult to be naked at 62,” she admitted. Detailing how Nancy stands alone in front of the mirror and drops her dress to look at herself without “any particular judgment”, Thompson later said that it was “enormously, enormously difficult” for her personally.

“I don’t think I could have done it before my age,” she continued. “And yet, of course, my age makes it extremely difficult because we’re not used to seeing untreated bodies on screen. We are used to seeing bodies that have been worked on, you know, for a long time to make them acceptable to us. It’s time we did more to change that… We need to be able to see real bodies on screen.

It is, however, one of the greatest triumphs in history; that he “presents the body untreated” for one of those rare moments, as Emma puts it. Very positive in its depiction of an older woman and her sexuality, the film essentially what’s new sex and the city reboot fails – it shows a middle-aged woman exploring a side of herself that Hollywood often tends to ignore.

While And just like that breaks boundaries in its own right, sex is no longer at the forefront of conversation. They changed the name and took the show in a new direction, but the writers missed a step in doing so. Sexual explorations and freedoms were what made the original series so groundbreaking in the first place. If Carrie and her friends could discuss orgasms over breakfast, why can’t we?

Understanding how the characters aged opened up the story for producers to do something truly groundbreaking with the reboot. They had the opportunity to show viewers how women in their 40s, 50s and 60s navigate sex and dating, but they fell at the last hurdle and intimate scenes are rare… Miranda’s son, Brady , seems to have the most sex out of everyone. and he is only 17 years old.

Women don’t look like they did over 20 years ago, which is ultimately the point, but the fact that they’re not having sex somehow suggests there’s a point limit and that these women have left this part of their lives behind. Why put so much emphasis on the fact that women themselves are real, authentic and older and then ignore the chance to show how their sex lives have also changed?

Good luck to you, Leo Grande took a much more pioneering approach to the subject; they overturned what is considered the “norm” on screen and are one of the few to show a different, more authentic side of things. “Probably the hardest thing I’ve ever had to do is stand in a relaxed way and look at my body without judgement,” Thompson later said in a separate interview with the Variety Sundance Virtual Studio. “You ask any woman to do that, I bet 9.9 times out of 10 she can’t do it.

“But doing it on camera? Forget. We are used to not loving our bodies. We were trained early on to hate our bodies because they don’t fit the impossible and cruel ideals presented to us.

“Nothing has changed in the terrible demands placed on women in the real world but also in the game,” Thompson pointed out. “This thing of having to be thin is still the same as before, and in fact in some ways I think it’s worse now.” It might be, but Thompson showing off is the first step to proving that people actually want to see raw, unfiltered beauty. Age, height, race and gender have dictated what Hollywood has considered “beautiful” for far too long.