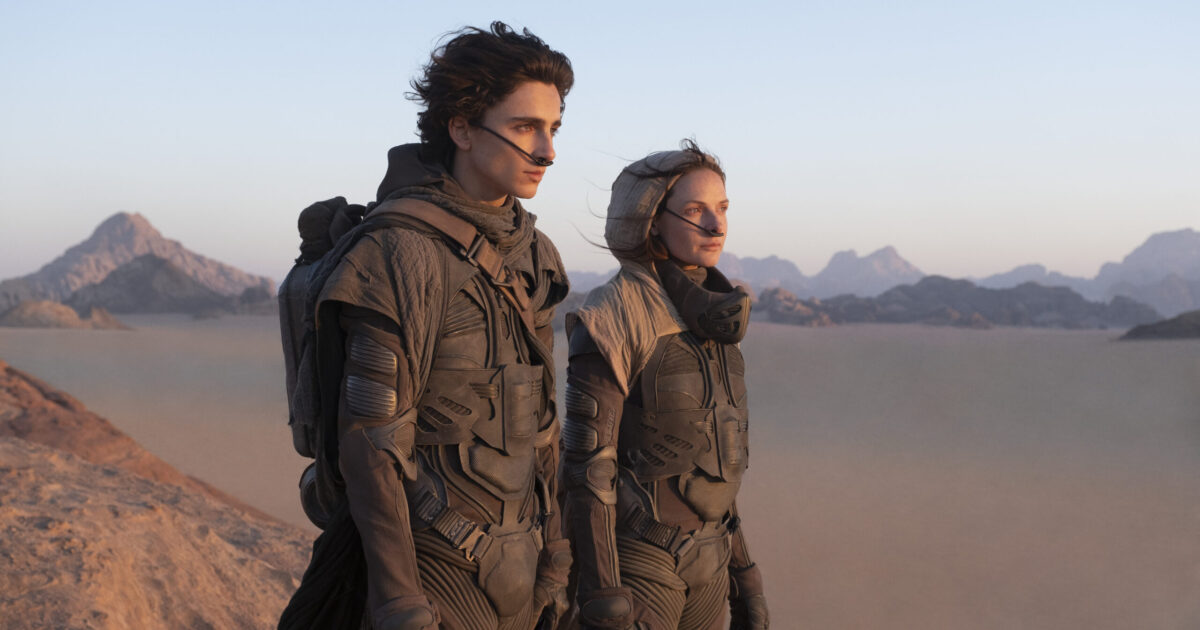 NOTE: This review contains minor spoilers for those who haven’t read the book.

Last night my wife and I saw Denis Villeneuve Dune movie. It was our first trip to a movie theater since before the pandemic, and it was definitely worth the wait! The new film is by far the best cinematic treatment of Frank Herbert’s classic 1965 sci-fi novel of the same name; Significantly superior to the 1984 David Lynch film and the 2000 Sci-Fi Channel miniseries. Compared to the confusing confusion of the first, it does a much better job of conveying the characters and the story. It also features much better acting, CGI, and special effects than the miniseries (which was more book-true than Lynch’s movie). Villeneuve clearly knows what he’s doing, and I can’t wait to see Part 2 (which was recently given the green light and slated for release in 2023).

The complex story of Dune is difficult to summarize. But it revolves around a power struggle between two noble houses – the Atreids and the Harkonnens – centered on the desert planet of Arrakis (which both seek to control). Arrakis is the only known source of the spice, the most valuable substance in the universe, as it is necessary for interstellar space navigation and also facilitates the extension of human lifespan. The Harkonnens, who ruled Arrakis for decades until Emperor Shaddam IV – ruler of the known human universe – ordered them to transfer him to the Atreids, brutally oppressed the native Fremen people. Paul Atreides, who gradually becomes the main character of the story, is heir to the leader of the Atreides, Duke Leto. He is gradually revealed to have vast psychic powers which, combined with the support of the Fremen, could eventually enable him to overthrow the established political order.

The actors, special effects, and pacing of the new movie all do a great job of capturing the plot and atmosphere of the book. I think it also gets a lot of the political message across: the manipulative nature of political authority, the dangers of charismatic leadership (although this theme is a little less important than in the book), and the lure of power.

I have read the book many times, so I cannot easily imagine how the film might appear to those who have never read it. But I think they should at least be able to follow the gist of the story, in a way that wasn’t possible with the 1984 film.

Part I is over 2.5 hours long and covers just over half of the book. It therefore conveys the plot more than the 1984 David Lynch film. But some things ended up being cut. The Harkonnens (the baron, and especially his “mentate” advisor Piter de Vries), the Atreides mentate Thufir Hawat, the doctor of the Atreides house, Dr. Wellingont Yueh and (to a lesser extent) the Atreid military leader, Gurney Halleck, all get the short end of the paste. Much of this is inevitable. But those who read the book will deeply feel some of these losses.

On the other hand, the actors playing Paul, his mother Jessica (Duke Leto’s “bound concubine”), and the Duke all capture these characters well, as do the Fremen characters (although the latter only appear towards the end. ). I am somewhat ambivalent about this portrayal of Duncan Idaho, another key Atreid officer. But most other viewers seem to like it.

Villeneuve is a master of economic exposure, which gives him a very good understanding of Empire and Arrakis politics and society, using minimal screen time to do so. Nonetheless, a few things have been overlooked: notably the mentats (almost not even mentioned) and the role of “imperial conditioning” (which makes Dr. Yueh’s betrayal particularly shocking).

Viewers who haven’t read the book may be confused as to why this far-future / high-tech company has so few computers and artificial intelligence, and why it uses so many more blades than it does. missile weapons. The answer to the first question – conveyed in the book – is society’s rejection of most artificial intelligences as a result of the Butler jihad (a war against a powerful AI that had begun to dominate humans). The answer to the second (also described in the book) is the widespread use of shields which render missile weapons ineffective in most situations.

In this portrayal, Paul is less in conflict over his potential fate than in the book and seems more ready to take on the role of leading the Fremen and (eventually) becoming emperor. It seems a conscious effort on Villeneuve’s part to avoid creating the (false) impression that Paul is the hero / savior of the story. Paul’s interpretation of “white savior” is grossly unfair to the book, and this version rejects the idea even more clearly, I think.

However, unlike the Lynch and Sci Fi Channel versions, the Dune portrayed the Atreid forces as almost entirely white, although almost all of the Fremen are either black or from the Middle East. There may be a PC / “Woke” backfire on this pick (although I don’t mind that). And that could lead to a renewed deployment of the “White Savior” trope by critics of the book and film.

Dr. Liet Kynes, the half-Fremen environmentalist who represents imperial interests on the planet, but who is also secretly a Fremen leader, has become a woman. It doesn’t bother me in itself. But the writers clearly didn’t consider that a female Kynes would have had a much harder time being accepted as the Fremen leader. This is one of the many subtle ways in which Villeneuve downplays the deep sexism of Fremen society (which is portrayed more candidly in the book). Imperials are also sexist (which the film notes), but not quite to the same degree.

While most reviews of the film have been favorable, a recent Washington post the commentator attacked it for supposedly degrading the influence of Islam on the framework of the book, in particular the culture of the Fremen. This review is so irrelevant that pointing out all the flaws would require a full-fledged article, at least as long as this one already is. I will highlight here some of its shortcomings.

Due to the timing of this movie pausing, we only spend a little time among the Fremen (mostly just the last 15-20 minutes of the movie or so). We’ll probably see a lot more of their culture in Part 2. Yet what we see of the Fremen is more than enough for viewers to see them as crucially analogous to Arab Muslims.

Moreover, it is a mistake to assume that the purpose of the story is to extol the native culture of the Fremen and to praise their resistance to oppression. While the Fremen are indeed oppressed by the Harkonnens and other “outworlders”, Herbert makes it clear that their own society is also deeply oppressive and hierarchical. Further, much of their religion and ideology is the product of external manipulation intended to pave the way for Paul’s ascent to the status of a charismatic religious and political leader.

While implicitly condemning this manipulation, Herbert is not suggesting that all would be well on Arrakis if only the “authentic” Fremen culture was restored and the planet freed from colonialism. Quite the contrary, in fact. Paul is not a “white savior”, and indeed he is not the hero of the story at all. But neither is it just a story of good indigenous peoples fighting against evil colonialists.

If there is a flaw in Villeneuve’s portrayal of Arrakis, it is that it buries the negative aspects of Fremen society, and thus sometimes seems to adhere to a crass narrative “the good natives, the bad white settlers” . Dealing with Fremen sexism is just one example of this problem. However, as already noted, we don’t really see the Fremen company in Part 1. This issue could be better addressed in Part 2.

I have a few other, more subtle reservations about Part 1. But overall it’s an impressive achievement! If you like the book and / or science fiction in general, you should definitely check it out.

THIS WEEK IN THE ARTS | Halloween, Election Day, Live Music and More | Zoned