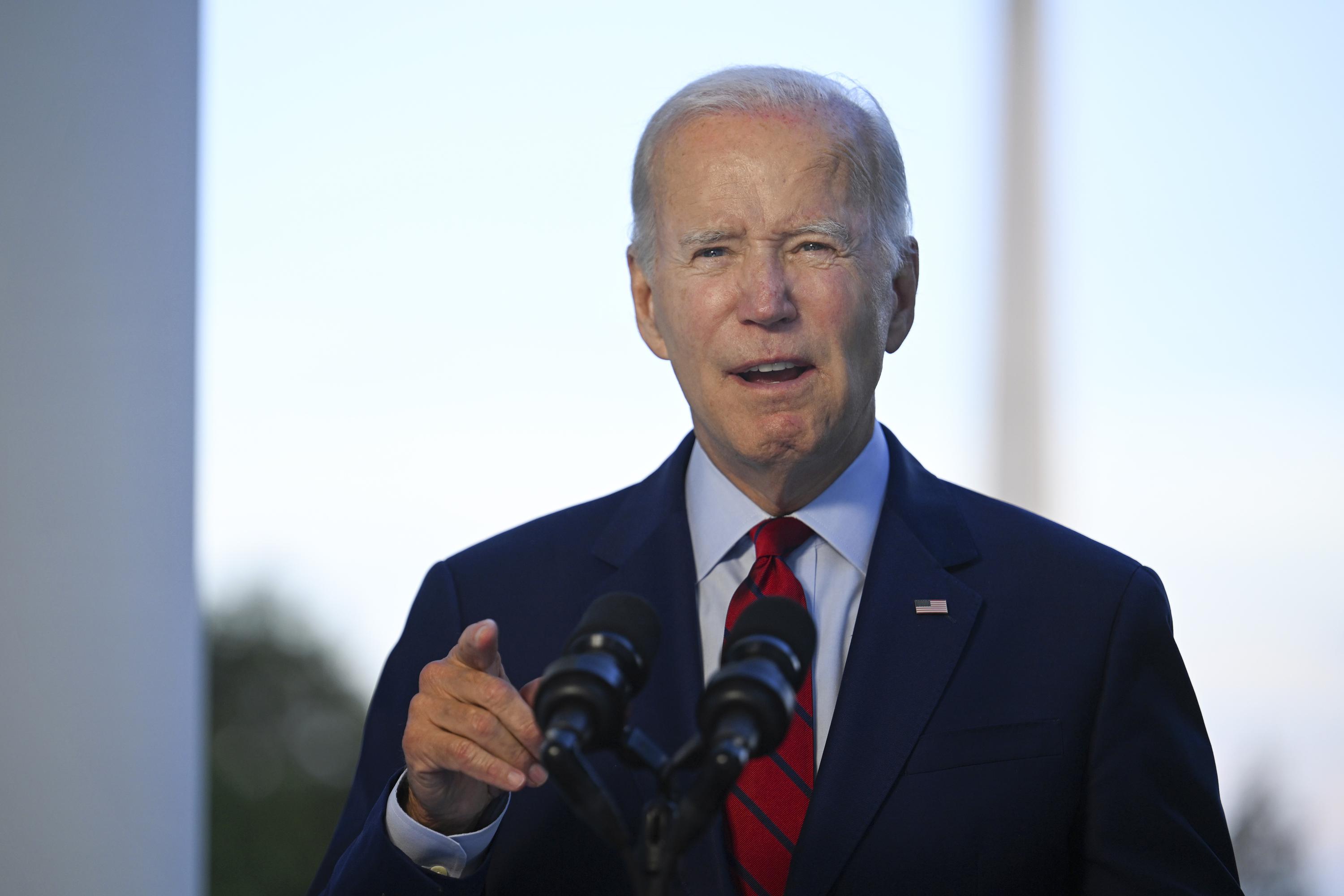 WASHINGTON (AP) — Biden administration delays CIA operation who killed al-Qaeda leader Ayman al-Zawahri in a monumental strike against the global terrorist network responsible for the attacks of September 11, 2001. But there is also a downside.

The drone strike also underscores the mounting evidence that after 20 years of US military presence – and then a sudden departure – Afghanistan has again become an active staging ground for Islamic terrorist groups seeking to attack the country. ‘West.

The operation, carried out over the weekend after at least six months spent monitoring the movements of al-Zawahri and his family, came just weeks before the first anniversary of the chaotic US withdrawal from the country.

The Biden administration argues that the operation shows Americans at home and allies abroad that the United States has not lost sight of — or the ability to strike terrorists in the region — and validates its decision to end two decades of fighting in Afghanistan with its withdrawal.

Announcing the strike from the White House, President Joe Biden said Monday evening that “justice” had been served for a leader who had recorded videos in recent weeks calling on his supporters to attack the United States and its allies. And the White House on Tuesday touted the operation as a huge victory against terrorism.

“The president kept his word when we left,” National Security Advisor Jake Sullivan said on NBC’s “Today” show. “After 20 years of war to keep this country safe, he said we would be able to continue targeting and eliminating terrorists in Afghanistan without troops on the ground.”

But as details of the operation continue to emerge, the administration has also revealed disturbing evidence of the presence of al-Qaeda and the Taliban once again offering sanctuary to the group that was behind the 9/11 attacks. in the USA.

White House officials believe senior officials of the Haqqani Network, an Islamist terror group with close ties to the Taliban, knew al-Zawahri was in Kabul. Sullivan said that although al-Zawahri was not involved in day-to-day planning at the time of his assassination, he continued to play an active role in leading al-Qaeda and posed “a grave threat” to the United States and American citizens. .

On Tuesday, the State Department updated its global advisory, warning American citizens traveling abroad that “there is a greater potential for anti-American violence in light of the death of Ayman al- Zawahri”.

Concerns about al-Qaeda’s efforts to regroup inside Taliban-controlled Afghanistan are not new.

Prior to the strike, US military officials, including General Mark Milley, chairman of the Joint Chiefs of Staff, said al-Qaeda was trying to reconstitute itself in Afghanistan, where it faces limited threats from Taliban now in power. Military leaders have warned that the group still aspires to attack the United States

Al-Qaeda’s leadership has reportedly played an advisory role since the Taliban returned to power in anticipation of the US withdrawal, according to a UN Security Council report last month.

The UN report also noted that ISIS-K – the group that carried out a massive attack that killed 13 US soldiers and dozens of Afghans near Kabul International Airport just days before the US United did not complete their withdrawal last year – has become increasingly active in northern and eastern Afghanistan. This is a concern for the West although ISIS-K and the Taliban espouse different ideologies and interests, with ISIS-K waging a bloody insurgency against the Taliban and religious minorities across Afghanistan.

“Zawahri’s presence in post-withdrawal Afghanistan suggests that, as feared, the Taliban are once again granting sanctuary to leaders of al-Qaida – a group they have never broken with,” said Nathan Sales, ambassador-at-large and counterterrorism coordinator under the Trump administration, who is now a senior fellow at the Atlantic Council.

Frank McKenzie, the retired Marine general who until earlier this year was the top US military officer in the Middle East, said the US had noted an effort by al-Qaeda to restore training camps in Afghanistan.

“I don’t see anything happening in Afghanistan now that tells me the Taliban are determined to stop this from happening,” he said in an interview.

Since the withdrawal of US troops, US military leaders have said America’s ability to surveil and strike a target in the country would be difficult but not impossible.

The strike on Zawahri proved both, said McKenzie, who is now executive director of the Global and National Security Institute at the University of South Florida.

But he cautioned against drawing general conclusions from this drone strike alone.

“It was a unique circumstance,” he said. “You had a target that didn’t move, and they had the opportunity to get a good look at the way of life. That’s not always going to be the case. In fact, usually it’s not.

The fact that al-Zawahri lived in a Kabul neighborhood and not in the Afghan countryside as previously believed, “tells you that he really got comfortable” under Taliban protection, Colin said. Clarke, director of research at the Soufan Group, a global intelligence firm. and security company.

“These entities work hand in hand,” Clarke said of the Taliban and al-Qaeda.

The Taliban had promised in the 2020 Doha agreement on the terms of the US withdrawal from Afghanistan that they would not harbor members of al-Qaeda or those seeking to attack the United States.

“Such actions are a repeat of the failed experiments of the past 20 years and run counter to the interests of the United States of America, Afghanistan and the region,” the Taliban statement said.

White House National Security Council spokesman John Kirby declined to comment on how, or if, the United States would hold the Taliban responsible for harboring al-Zawahri.

“The Taliban have a choice now,” Kirby said. “And that is that they can comply with their agreement under the Doha deal…or they can choose to go a different route. And if they go a different route, there will be consequences not only for the United States, but also for the international community.

Kirby said the United States had already engaged with the Taliban over al-Zawahri’s presence after Sunday’s strike.

The Taliban remain sanctioned by the US government for their role in harboring al-Qaeda before the September 11 attacks. After the collapse of the US-backed government in Kabul last summer, the Biden administration froze billions of dollars in assets belonging to Afghanistan’s central bank to prevent those assets from falling under Taliban control. . Some of this money has since been freed up for humanitarian aid to address the severe hunger crisis in the country.

Senate Republican Leader Mitch McConnell was quick to praise Biden for the operation, but also argued that it “further indicates that Afghanistan is once again becoming a major thicket of terrorist activity following the decision of the President to withdraw American forces”.

“Killing al-Zawahri is a success, but the underlying resurgence of al-Qaeda terrorists in Afghanistan is a growing threat that was predictable and preventable,” McConnell said. “The administration needs a comprehensive plan to rebuild our ability to fight it.”