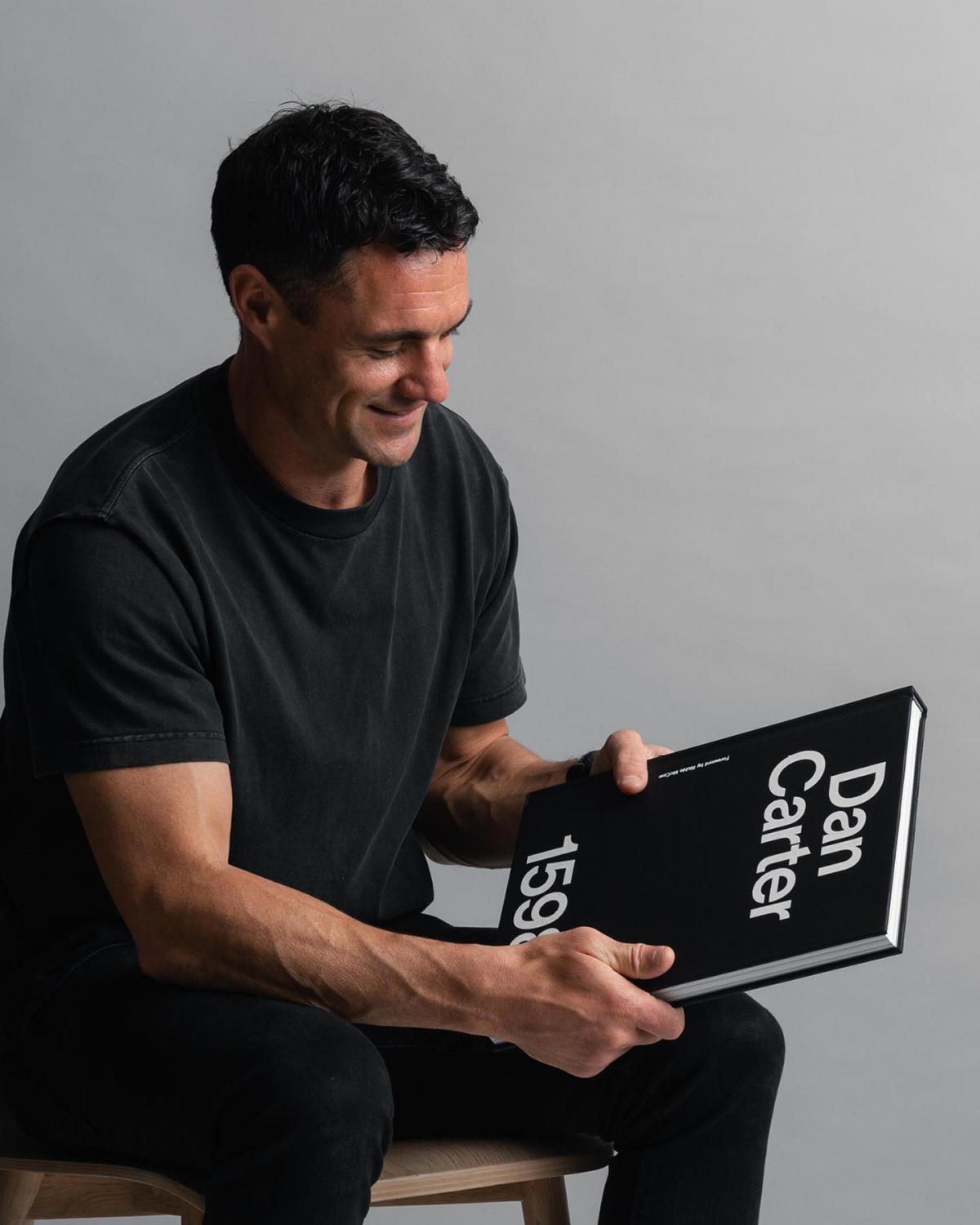 I will never forget the first points I scored in the All Blacks jersey. Hamilton, June 21, 2003. Doug Howlett scored the first try to give us two points ahead of Wales. I am at the end of my conversion preparation and have never been so nervous in my life. I had envisioned this moment since I was a kid, scoring goals to win World Cups in my backyard – the All Blacks down one point, the final whistle has passed and I’m kicking the sidelines for win the game. I had been training for this since I knew how to walk, when my dad used to grab my leg and swing it like I was kicking a ball. But actually doing it, on the international stage, was completely different. It was as if the emotions of the whole country were based on this kick. And it is simple. Either you get it or you don’t. The fans, the country, they are either happy or they are not.

I put the ball on the tee. Go through my routine – five steps back, three across. Look up at the post and visualize the ball passing. Secure the sweet spot of the ball. Tell me to relax. Come on, head down, follow. I look up as the ball crosses the posts and feel the greatest relief. I kept scoring 20 points this game, all on the back of that ball going through the posts on my first kick. This game changed everything. After that, I embraced the pressure. I wanted more times like this. I wanted to take the kick that wins the game.

Looking back, to have scored 1598 points in 13 years and 112 games, it amazes me. Overtaking legendary kickers I admired – Grant Fox, Michael Lynagh, Andrew Mehrtens, Ronan O’Gara, Neil Jenkins, Jonny Wilkinson – is something I could never have dreamed of. I’ve been fortunate enough to play on so many amazing All Blacks teams which has given me plenty of opportunities to throw conversions and penalties and score tries. Without them, I would never have come close to scoring 1598 points. These photos capture so many amazing moments that we shared in the black jersey, and I am filled with nostalgia as I look back on those moments.

When I browse these pages, I also see an endless journey: the pursuit of hitting the perfect ball. A chase that started in Southbridge, Canterbury, where my dad built me â€‹â€‹poles in the backyard for my eighth birthday. As soon as I could kick the ball over the posts, I backed up five meters until I ended up hitting along the lawn, over a fence, around a tree, looking for the shot. perfect.

For me, these photos show a continuation of those early kicks in the garden at home. A pursuit of perfection that I still strive to achieve, even after I retire, on my local rugby pitch.

I also remember what the camera didn’t capture. The hard work and resilience it took for the pitch to keep coming back, season after season, to try to be the best player on this pitch. Two kicks that have always marked me have not happened on the international stage, but will also stay with me forever. The first: tearing my groin during training at the 2011 World Cup, a day before what was to be my first time captain of the All Blacks. An injury that ended my World Cup and threatened to end my career. The second: my first kick after the operation, four months later. I was at the end of my swing and for the first time in my life I didn’t feel like kicking. I spoke to myself, walked in, kicked and the ball literally rolled about 20 yards on the ground. I had to adapt. Keep evolving. Find a way. Hopefully this book gives some idea of â€‹â€‹this journey as well – rebuilding myself to try to be the best again.

Just four years later, I scored my last points as an All Black with my last kick in international rugby, and probably my favorite. Beauden Barrett had just scored a try. I had a conversion just in front of the posts in the last minute of the game. As I set the tee, I remembered how my dad always taught me to kick using both feet. It’s something I’ve always practiced but never achieved in a game. I realized now was the time to do it, kind of like a tribute to him. I quickly took the right kick and luckily it came through the posts. My last kick in international rugby. 1598.

Breaking records was never the reason I played – for me it was all about the team. I know this step will not last. But I hope that by looking through these images that show my journey to 1598, someone there can be inspired to pursue their own impossible dream.