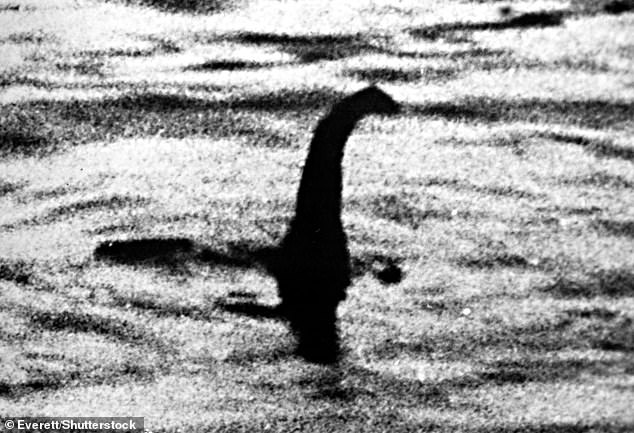 A two-and-a-half-minute video taken from the shores of Loch Ness appears to show a large creature moving through the water.

Experts have described it as the most compelling streak to emerge in the last 20 years of Loch Ness Monster hunting.

The clip shows what appear to be bumps breaking through the surface of the water and something powerful swimming and spinning below.

A strong wake of water can be seen behind the unknown creature as it swims just below the surface and only 150 meters from shore.

Gary Campbell, who spent 26 years recording every credible sighting of Nessie, said it was the best footage he had seen in decades.

This famous photo of Nessie’s head and neck was taken in 1934 by vacationing London surgeon Robert K. Wilson in Loch Ness. It was later deemed a hoax

He added: “This is a very, very good sighting of something unexplained in Loch Ness.”

The remarkable images were taken by a professional couple in their early 50s, who were on vacation in the Scottish Highlands.

They said they had no strong opinions about Nessie other than being amused by anecdotes about previous sightings.

The husband and wife, who wish to remain anonymous, want their footage analyzed in the hopes it can help provide definitive answers about whether the monster exists or what might be inhabiting the loch.

The woman said: “We were quite ambivalent about the Loch Ness Monster. We liked the stories, but we didn’t necessarily believe them.

“We would definitely like someone to analyze the video. If it helps anyone understand what’s out there, that would be our greatest pleasure. We would be delighted.’ 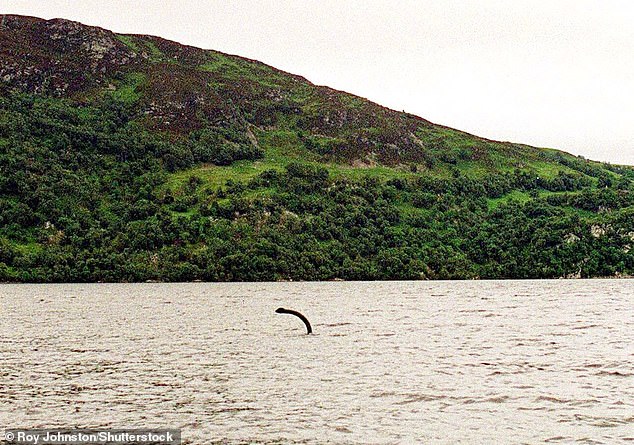 The woman had woken up just after 6am on Monday and decided to take pictures because the loch was so still its surface looked like glass.

But after spotting something big moving in the water, she started filming on her iPhone and she could be heard saying “What the hell is that?” as her husband joined her to watch what was happening.

The couple filmed for two minutes and 37 seconds from 6.21am as the mysterious creature – they estimated it to be between 20 and 30ft long – swam underwater and gave them tantalizing glimpses as it surfaced.

It seemed to have at least one fin or limb, which paddled underwater “like an oar”.

The woman also took several photos from the vantage point of their holiday home on the hill opposite Urquhart Castle, about a quarter of a mile from the loch.

She added: ‘I really don’t know what it was in the water. It was something big. I don’t think it really matches the size of the video.

“We don’t know what the creature was. He was propelling himself with something. That was not how a fish would do it.

“You could see it much more clearly than in the photos. Bumps or bumps or whatever disappeared underwater, but they still pushed forward underwater.

“You could see something underwater, then he rushed forward and turned around. From what we could assess, it was between 20 and 30 feet long. There was nothing else on the loch, no boats, nothing.

Her husband said: ‘We weren’t here to look for the Loch Ness Monster, we wanted to enjoy the beautiful scenery.

“Something weird happened out there on the loch. Someone far smarter than us scientifically can analyze it and if it helps to contribute to the understanding of the phenomena or even if it revives a bit of interest and fun in a world that’s full of so much misery right now so that can’t be a good thing.

The footage has now been handed over to Mr Campbell, who keeps the official Loch Ness Monster Register and only includes sightings that cannot easily be explained. He has now officially recorded the sighting of the pair.

Mr Campbell said: “In terms of video evidence, there have been a couple of really good videos in the past, but this is definitely up there with the best of them.”

“When something like this happens that’s really inexplicable, then that’s great.” 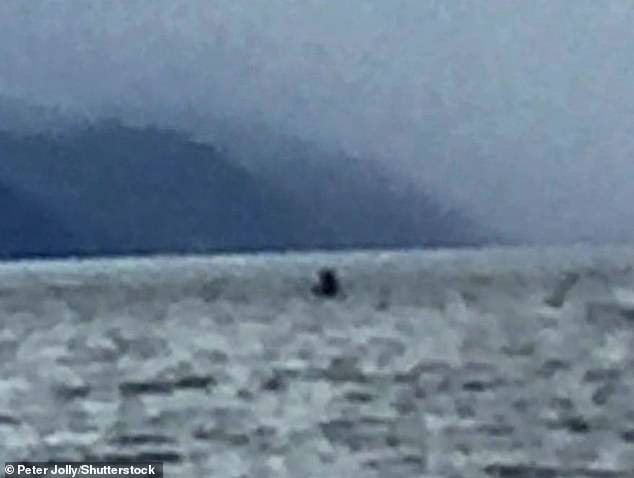 Photo of a mysterious object in Loch Ness taken by London student Jolene Lin in 2016. She described it as resembling a large snake and is convinced it was the Loch Ness Monster

Mr Campbell described the footage as the best taken since August 2000, when Glasgow postman Bobbie Pollock shot a three-and-a-half-minute video of an unidentified creature in the loch.

But Dr Darren Naish, zoologist and author of Hunting Monsters, said he doubted a monster would ever be found in Loch Ness.

“They are nothing more than unidentifiable spots on the water and there is no indication that we are seeing anything particularly large or unusually shaped.

“Based on the appearance of the boats from the same location and approximate distance, the objects must be small – I estimate less than 50cm long.

“I don’t see any reason why they can’t be birds – probably ducks. The wakes they leave on the surface look interesting, but wakes of this type are common on the surface of the loch when the conditions are right.

The truth about the new Titans WR Treylon Burks