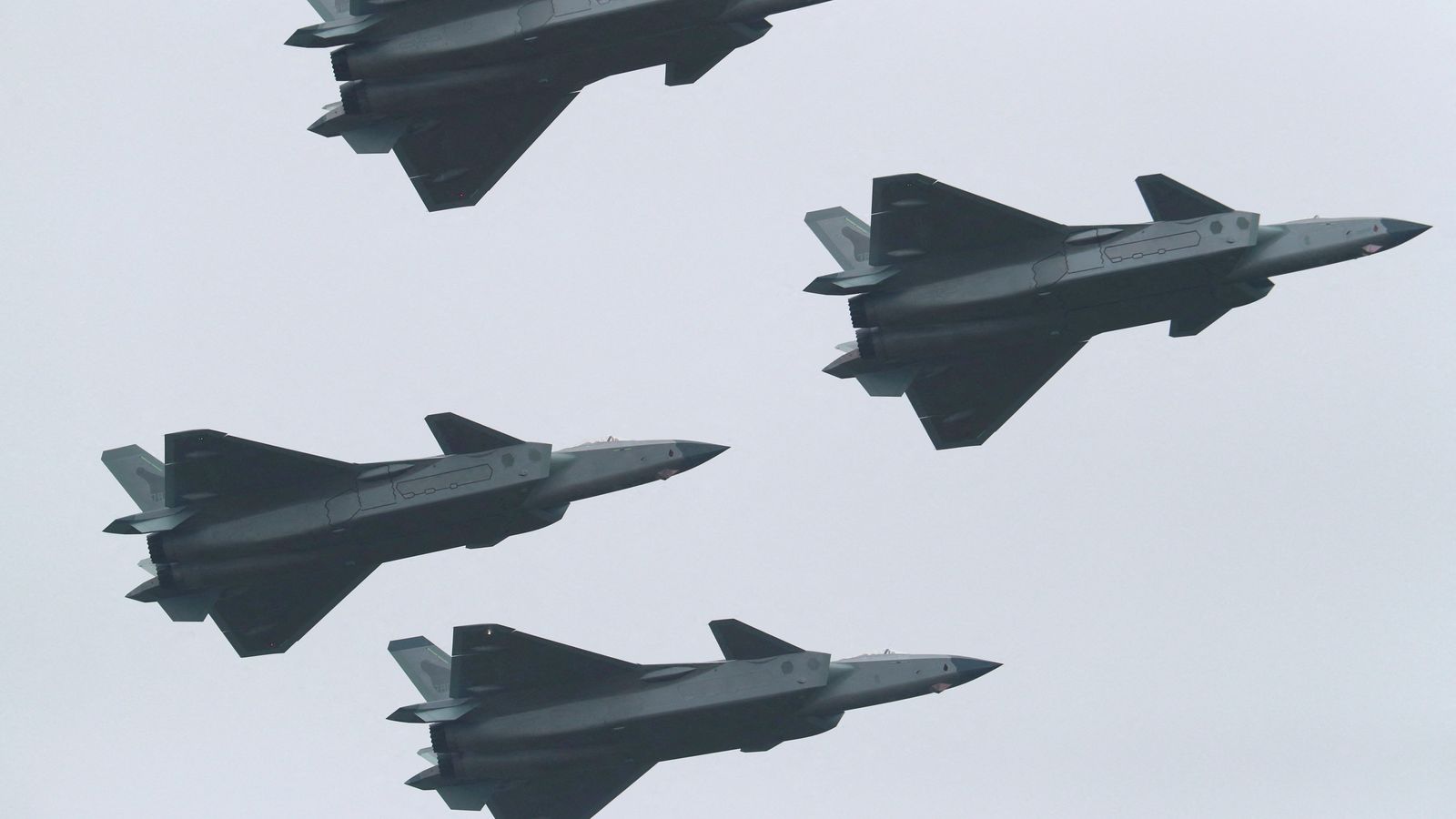 There were noticeable gasps from the crowd and a scramble to grab the cameras as the first J-20 jets roared into the sky.

It was a display designed to grab attention. These jets, previously shrouded in secrecy, have now been exposed to the Chinese public and the world.

They were arguably the headliner at China’s national airshow held in Zhuhai, southern China, this week.

The event is a celebration of all things aviation, from the most basic to the most combat-ready.

In addition to exhibitors from across the industry, there was an exhibition by China’s aerobatic team, demonstrations of high-tech drones and a flyover of the country’s first airliner.

It was a highly militarized event at a time when the world was growing in fear of what this army might do.

In the crowd was Yue Gang, a retired colonel who served more than 20 years in the Chinese armed forces.

He summed up the feeling of many here – a sense of pride in how the military has developed and confidence in what it can accomplish.

“China is showing the world that it is a really powerful country,” he said.

Many fear that these “interests” include China’s potential attempt to seize control of Taiwan, the self-governing island it considers its own. It is a long-held dream of President Xi.

It’s an issue at the forefront this week as Greg Hands, Britain’s trade minister, visits Taiwan, the first UK minister to do so since the pandemic.

Although he stressed that the talks were about trade, any foreign visit hinting at Taiwanese autonomy is seen by China as highly provocative.

It seems to have drawn a response.

On Tuesday, China sent more fighter jets to Taiwan than at any time since the summer: 31 crossed the “median line” – the unofficial sea border.

Tensions have been at their highest for some time.

The family of jets used in these flights were on display in Zhuhai. It is rare to see them so close. To be allowed to do so was perhaps a message in itself.

It’s uncertain whether China would actually undertake such an invasion, but there were plenty of clues on this show about its preparation – from new amphibious vehicles to simulating what an invasion of an unnamed mountainous island might look like.

The message that China wanted to land was crystal clear: it is about a modernized and transformed army, capable of waging an international war if necessary.