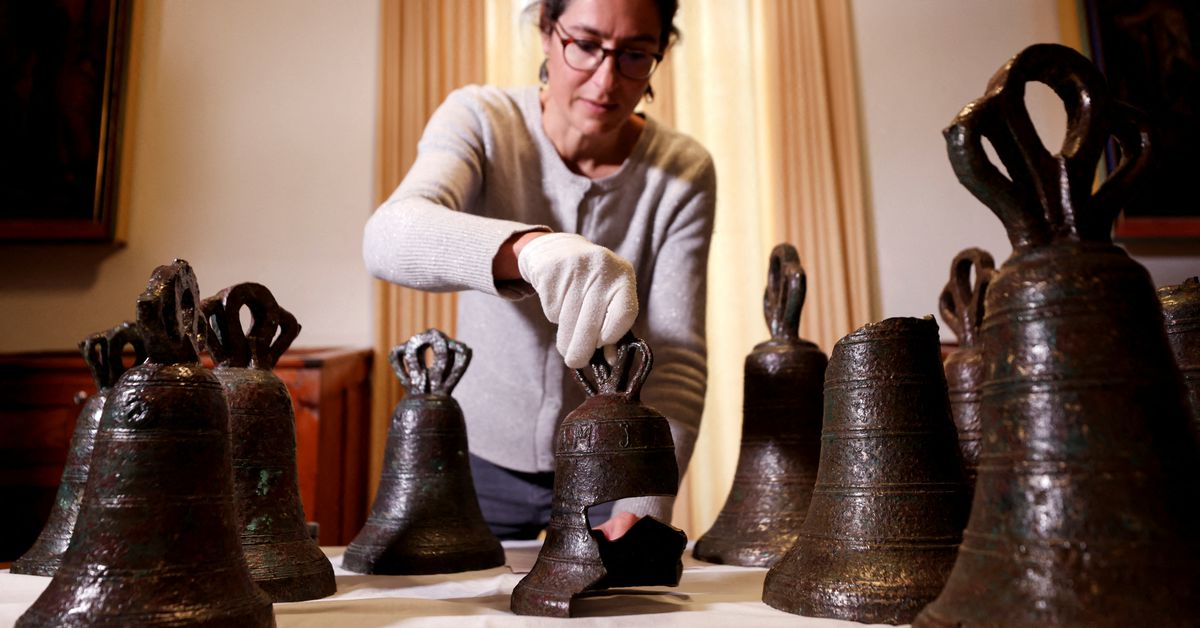 Chimes from the Crusader era: recreating the medieval music of the Church of the Nativity

JERUSALEM, December 21 (Reuters) – Crusader-era bells and organ pipes at the Church of the Nativity in Bethlehem inspire researchers’ efforts to recreate the music as it may have sounded in the venue of Jesus’ birth nearly 800 years ago.

Fearing they would otherwise be destroyed, the mid-13th century Crusaders buried the 13 bronze bells near the church on the eve of a Muslim offensive, coating them with animal fat to protect them from rusting, a said David Catalunya, who is leading a project to build the facsimiles of them.

“It’s a very long process, not only in terms of constructing the materiality of the instruments but also its cultural and intellectual context,” said Catalunya, a researcher at the universities of Oxford and WÃ¼rzburg, Germany.

Register now for FREE and unlimited access to Reuters.com

Once the exploratory research phase is complete, he estimates that it will take about five years to produce fully functional copies.

Meanwhile, one punch is enough to make the originals sound clear and high-pitched, whose tap dancing has long since decayed – as Reuters demonstrated to the Custody of the Holy Land for the Roman Catholic Church, which holds the unique collection.

â€œIt’s half the original sound, (which) was a lot richer and louder and a bit lower,â€ Catalunya said.

The bells were part of a carillon that accompanied the chants inside the church, said Franciscan Brother Father StÃ©phane, liturgist of the Custody.

They were discovered at the beginning of the 20th century, along with 222 medieval copper pipes from the organ of the Church of the Nativity, during the construction of the Franciscan enclosure of the church, Father StÃ©phane said.

The collection also includes the scepter of the Bishop of Bethlehem and 12th-century candlesticks which, according to Catalonia, were made in France, suggesting a common provenance with the bells and organ pipes, which, according to Father StÃ©phane , are the oldest in Christendom.

Father StÃ©phane said he hoped the collection would be displayed and performed in a museum in Jerusalem that the Custody plans to open by 2024.

â€œThese bells are very important to us because they are the bells of Bethlehem (and a) symbol of the Nativity in the Christian world,â€ he said.

Register now for FREE and unlimited access to Reuters.com

New additions to television and cinema