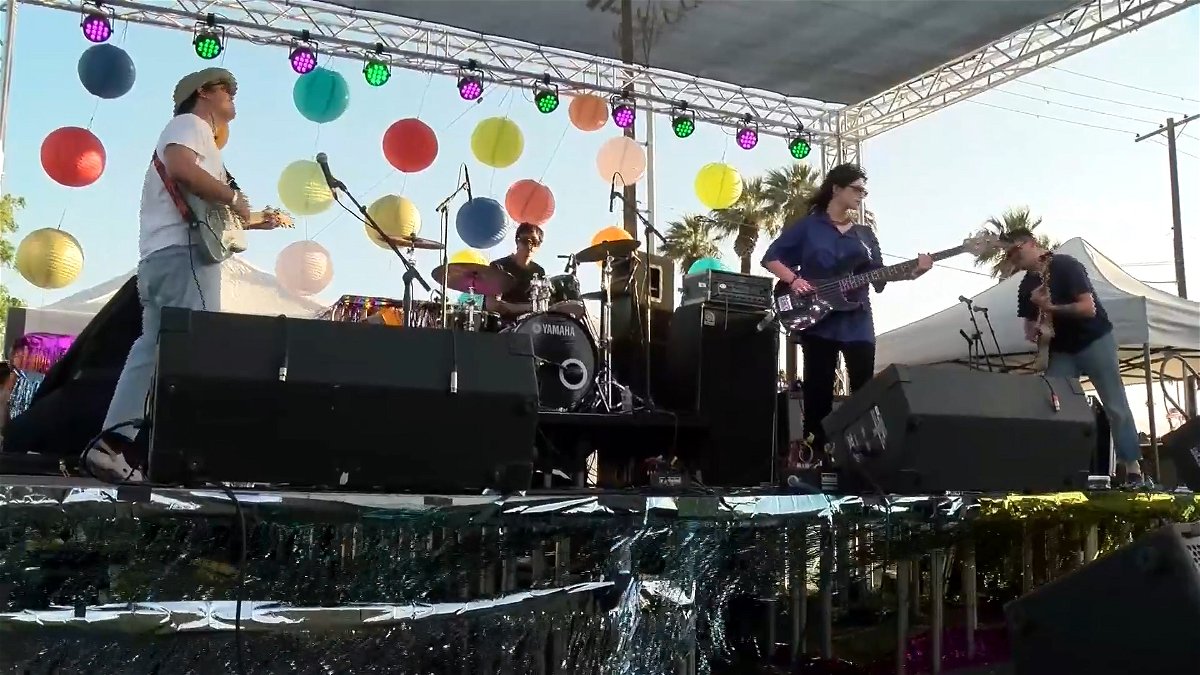 “Chella, Celebrando a la Communidad,” made its big comeback in the city of Indio on Wednesday after a three-year absence.

The free event took place at Bliss Avenue and Towne Street in downtown Indio. Goldenvoice organized the festival, in partnership with the City of Indio and Vallarta Supermarkets.

“We are thrilled to have these local and international artists taking center stage here in downtown Indio,” said Brooke Beare, Communications Manager for the City of Indio.

Performers included Mexican folk singer Ed Maverick, who took to the Sonora stage at the Coachella Music & Arts Festival on Saturday with his heartbreaking nostalgic anthems. He has over 5 million monthly listeners on Spotify and recently released his single “Vuelta en U” on April 1.

“Coachella is a big festival, a big festival. And so many artists that I admire and inspire me, it’s always nice to play specifically for free because there are so many people who don’t go or can’t not go to these festivals, and playing here is very beautiful,” said Maverick.

You can read more about the musical performances on “Chella” Indio’s The Facebook page.

Be the first to know when news breaks in Coachella Valley. Download the News Channel 3 app here.