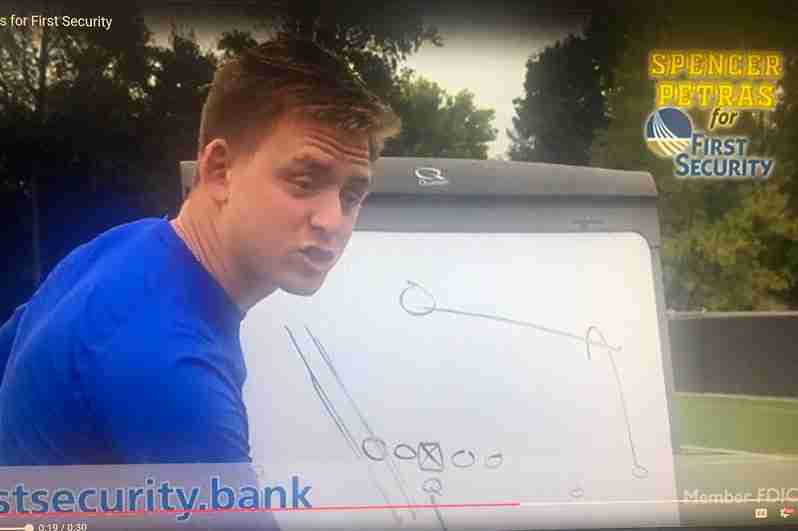 “We are thrilled to be recognized with these awards,” said Matt Bradley, director of marketing and communications. “We loved every minute we spent working with Spencer Petras, and we’re happy to see the fun we had making these videos shine through. Petras is a great spokesperson for us and our awareness of the financial literacy.

Petras’ role as a spokesperson for First Security was made possible by a landmark U.S. Supreme Court decision allowing NCAA athletes to seek compensation for the use of their name, image and their resemblance. Petras and First Security have partnered because of their shared interest in spreading financial literacy among students. Petras visited Charles City High School in person to discuss financial literacy with students as part of this sponsorship deal.

In total, the First Security videos received seven Iowa Motion Picture Award nominations. A playlist of all the nominated videos can be viewed on the bank’s YouTube channel: www.youtube.com/fsbt1

According to the Iowa Motion Picture Association:

The Iowa Motion Picture Awards recognize outstanding creative and technical achievement in Iowa’s moving image production industry, in all its forms – in twenty-two program categories and twenty-five craft categories. A nominated application obtained an average score of 70%. The entry with the highest score in a category receives the Excellence Award. This is the highest honor bestowed by the Iowa Motion Picture Association. The second-place film receives the Excellence Award which recognizes significant success in media production.