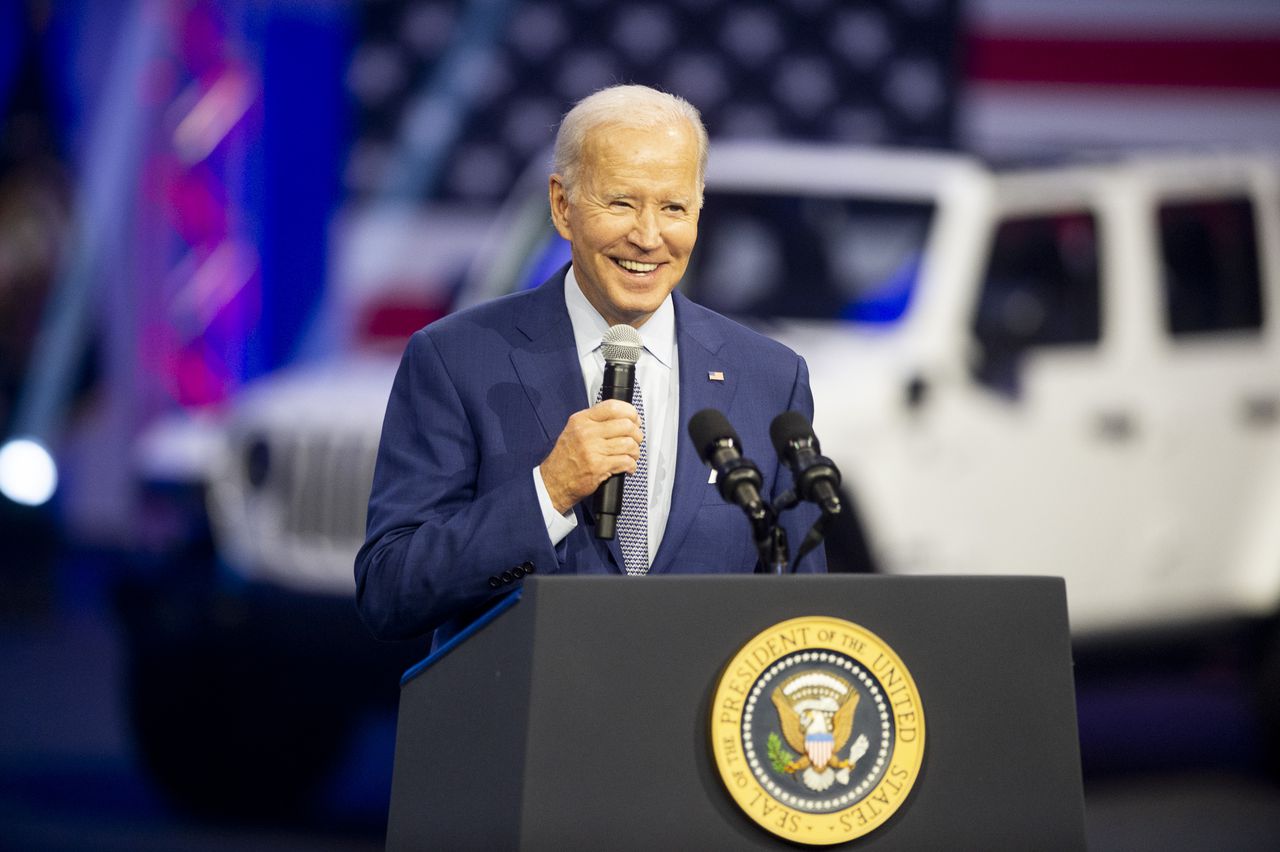 WASHINGTON (AP) — President Joe Biden’s popularity has improved significantly from its low point this summer, but concerns about his handling of the economy persist, according to an Associated Press-NORC Center poll. for Public Affairs Research.

Support for Biden rose from a low of 36% in July to 45%, largely thanks to a rebound in support from Democrats just two months before November’s midterm elections. During a few bleak summer months, when gasoline prices peaked and lawmakers seemed deadlocked, Democrats faced the possibility of massive losses to Republicans.

Their prospects look brighter after a string of legislative successes that left more Americans ready to judge the president on his favorite terms: “Don’t compare me to the Almighty.” Compare me to the alternative.

The president’s approval rating remains underwater, with 53% of American adults disapproving of him, and the economy continues to be a weakness for Biden. Just 38% approve of his economic leadership as the country faces stubbornly high inflation and Republicans try to make household finances the focus of the next vote.

Still, the poll suggests Biden and his fellow Democrats are gaining momentum as voter enthusiasm and turnout take precedence.

Average gasoline prices have fallen 26% since June to $3.71 a gallon, easing some pressure on family budgets even as inflation remains high. Congress also passed two landmark bills in the past month that could reshape the economy and reduce carbon emissions.

Republicans have also faced resistance since the Supreme Court overturned Roe v. Wade and his abortion protections. And Biden openly portrays former President Donald Trump as a fundamental threat to democracy, a charge that gained momentum after an FBI search of Trump’s Florida home found classified documents belonging to the US government.

This combination of factors has won Biden plaudits among loyal Democrats, even if Americans are still lukewarm about his leadership.

“I don’t believe he’s the best person for the job at all – he’s the best of the people we had to choose from,” said Betty Bogacz, 74, retired from Portland, Oregon. “He represented stability, which I don’t think President Trump represented at all.”

Republicans feel just as negative about Biden as before. Only about 1 in 10 Republicans approve of the president overall or on the economy, similar to ratings from early summer.

Christine Yannuzzi, 50, doubts Biden, 79, has the ability to lead.

“I don’t think he’s mentally, completely aware of everything going on all the time,” said Yannuzzi, who lives in Binghamton, New York. “The economy is doing really badly and I find it hard to believe that the unemployment rate is as low as they say.

“I think the middle class is really disappearing and families are working two or three jobs per person to get there,” the Republican added.

Twenty-nine percent of American adults say the economy is doing well, while 71% say it is doing badly. In June, 20% said conditions were good and 79% said they were poor.

Democrats are more positive now than they were in June, 46% to 31%. Republicans remain largely negative, with just 10% saying conditions are good and 90% saying they are bad.

The poll of 1,054 adults was conducted Sept. 9-12 using a sample drawn from NORC’s probability-based AmeriSpeak panel, which is designed to be representative of the U.S. population. The margin of sampling error for all respondents is plus or minus 3.9 percentage points.

To learn more about Pa.’s candidates, campaigns and voters, subscribe to our weekly Elections 2022 newsletter at www.pennlive.com/newsletters.