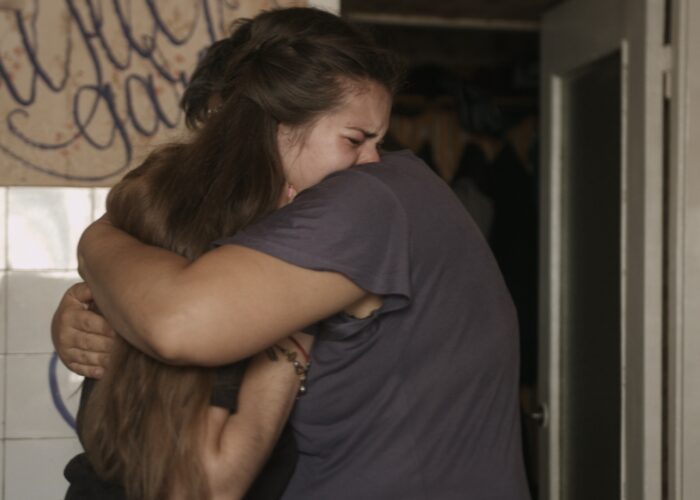 A rape victim, held captive by a Russian soldier, may or may not have Stockholm syndrome, but the fictional heroine of the 2020 film “Bad Roads” encapsulates the hard-won mantra of the Ukrainian people since 2014.

“Any trauma can be turned into an experience,” she says.

In other words, turning trauma into experience means surviving.

Russian President Vladimir Putin’s invasion of Ukraine began on February 24, bringing renewed attention and international outcry to a conflict that has been simmering for nearly a decade. Russia, along with pro-Russian separatists, began fighting in the Donbass region of southeastern Ukraine in 2014, an ongoing conflict that is now part of the current all-out war. Donbass is once again in Putin’s crosshairs after his first attempt to capture kyiv failed.

The Donbass region is the focus of a series of Ukrainian films starting Friday, April 15 at the Smith Rafael Film Center in San Rafael. The week-long event – ​​in which four films are shown twice – is a fundraiser for the Ukraine Crisis Fund, a charity administered by Americares which provides medicine, medical supplies and emergency funds to Ukrainian families and victims.

Be warned: most movies contain graphic brutality footage. War is hell and Ukrainian filmmakers want the world to know how badly their country is suffering.

But one very special film, the band’s only documentary, eschews the brutality and instead focuses on hope. “The Earth Is Blue Like an Orange” (7:00 p.m. Sunday, April 17; 7:00 p.m. Wednesday, April 20) is about the remarkable Trofymchuk-Gladky family in the warzone town of Krasnohorivka.

Anna is a single mother and multimedia artist raising four children. Attempting to create a haven of peace amid conflict, the family shares a love of filmmaking and creativity. Teenage daughter Myroslava becomes interested in cinema and embarks on a project to document her town and family during the war.

Filmmaker and poet Iryna Tsilyk won the Directing Award in the World Cinema Documentary category at the 2020 Sundance Film Festival, and she crafted a warm and charming portrait of resilience. To see by all means.

Also intriguing is “Reflection” (4:15 p.m. Sunday April 17; 7 p.m. Thursday April 21), a film in two parts. A surgeon, Serhiy (an excellent Roman Lutskiy), is captured by the Russian forces and forced to treat victims whom the soldiers have “interrogated”. The scenes are graphic and brutal, but director Valentyn Vasyanovych’s camera maintains the distance. Serhiy does his best to stitch up the victims, but those he cannot save he must help load into mobile crematoria for disposal.

The film kicks off in the second half after its release, when he returns home to his high-rise apartment and attempts to reconnect with his teenage daughter and ex-wife. Interestingly, Vasyanovych’s camera is withdrawn even in these scenes, until it gets closer and closer to intimacy.

“Bad Roads,” which was Ukraine’s entry for the 2022 Oscars, contains the best performance of the series in Maryna Klimova’s portrayal of a journalist imprisoned and raped by a Russian commander (played by Yuri Kulinich). The sequence, the longest of the four stories told in Natalya Vorozhbit’s film, repeatedly upsets expectations.

The four vignettes are intense and contain only two or three characters. Vorozhbit – born in Kyiv, educated in Moscow – is also a playwright, and “Bad Roads” originally performed on stage in 2017 at the Royal Court Theater in London.

The less we talk about “Donbass” (2018), the better. A 13-segment film by acclaimed director Sergei Loznitsa, it’s a dark, satirical comedy set about life in the wartime Donbass region. It starts smartly enough with actors in make-up interrupted by sounds of war. But wait: The “attack” in a civilian downtown was staged; they are crisis actors being transported into position for a pro-separatist propaganda video.

Loznitsa captures the post-truth era well, but its episodes are so loosely involved (perhaps because it jumps from segment to segment before we know anyone) and of variable quality that the movie runs out of steam quickly.

10 shows like the ultimatum: get married or move on