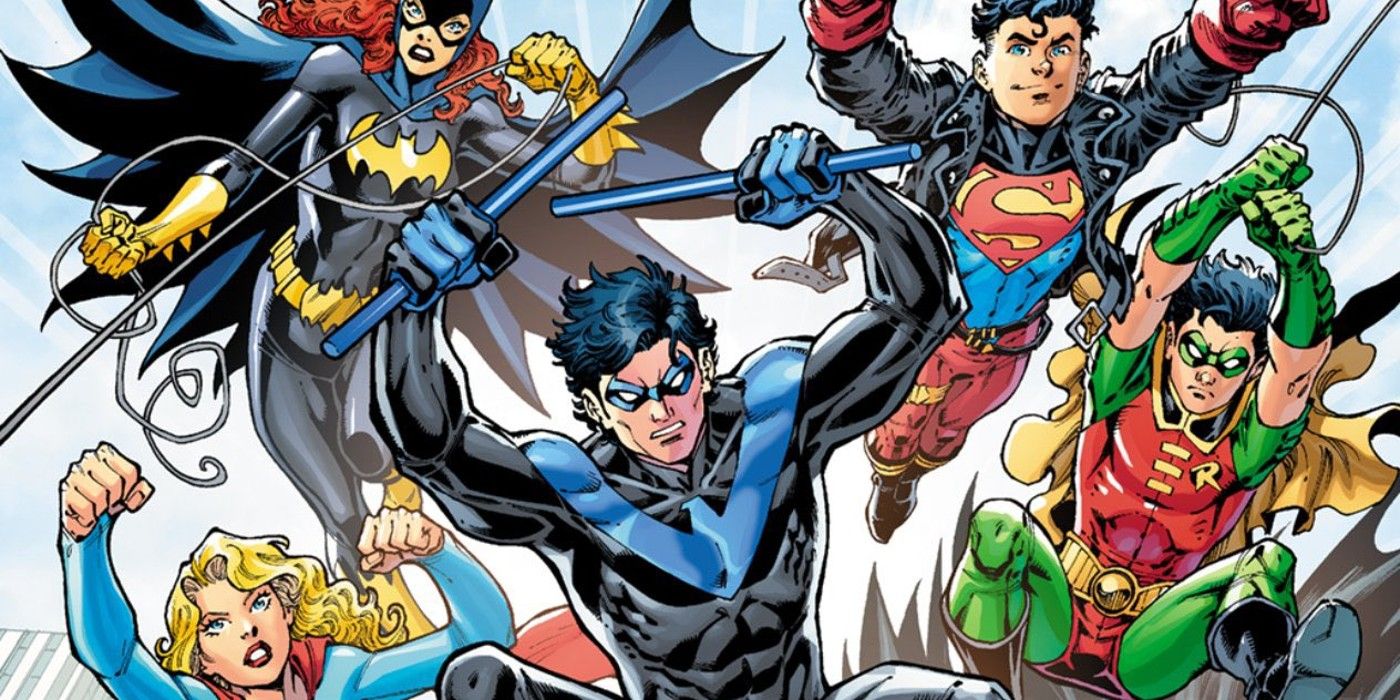 DC’s best sidekicks are being celebrated with a variant cover that potentially features content from an upcoming Batman/Superman issue.

DC Comics will be showcasing its sidekicks in an all-new variant cover for the upcoming issue of Batman/Superman: the best in the world #seven. The foundation of DC Comics and its lore has mostly rested on the shoulders of the sidekicks, more than even the main heroes. After all, Dick Grayson’s Robin is often cited as the first traditional comic book sidekick, or at the very least created the basic template for what sidekicks should look like.

Both Superman and Batman are great examples of heroes defined by their sidekicks as much as DC itself was defined by sidekicks. Superman’s circle is largely made up of allies like his son Jon, his clone Kon-El, his cousin Kara, his best friend Jimmy Olsen, and even his dog, Krypto. Meanwhile, Batman has enough sidekicks to build an entire bat family. Sidekicks have become so common in the DC Universe, especially now that it can be easy for some audiences to forget how important they are in building DC’s lore and growth from the ground up.

Artist Todd Nauck seeks to emphasize the importance of the sidekicks with its new variant cover for Batman/Superman: the best in the world #7, posted on Twitter. Without its main characters or any of the usual DC headliners, the cover instead places all of Batman and Superman’s most notable sidekicks in one large showcase. Batman/Superman: the best in the world #7 by writer Mark Waid and artist Dan Mora will officially hit comic book shelves and digital stores on September 20th.

As of this writing, only four issues of Batman/Superman: the best in the world have been published, so not much is known about the history of this issue now. However, it was reported that the issue would show an earlier part of Superman’s life, featuring a secret sidekick no one knew about until now.

All things considered, it looks like this issue will eventually deepen the sidekick lore in the DC world even further than it already is. That’s why it’s so fitting for artist Todd Nauck to create a variant cover that essentially serves as a celebration of DC Comics’ best sidekicks. He’s even more apt than amidst it all, the character who started the operating model of a common sidekick: former Robin, Dick Grayson, now Nightwing. Stay tuned for more of DC’s best sidekicks in Batman/Superman: the best in the world #seven, available at local comic shops and digital stores starting September 20.

Next: Batman & Superman Just Merged Into One Justice League-Powered Hero

Batman/Superman: the best in the world #seven will be available from DC Comics on September 20.

Joe Anthony Myrick is a writer for Screen Rant. Since beginning his career as a professional writer after earning a BA in English Studies, Myrick (or JAM) has spent much of his time under the Valnet umbrella for sites like TheRichest and TheTravel. Now a seasoned veteran of his practice, JAM devotes his expertise to Screen Rant’s Comics column. Previously, he was an editor for Daily DDT and Under the Laces for FanSided. In addition, he is a writing teacher in his spare time.