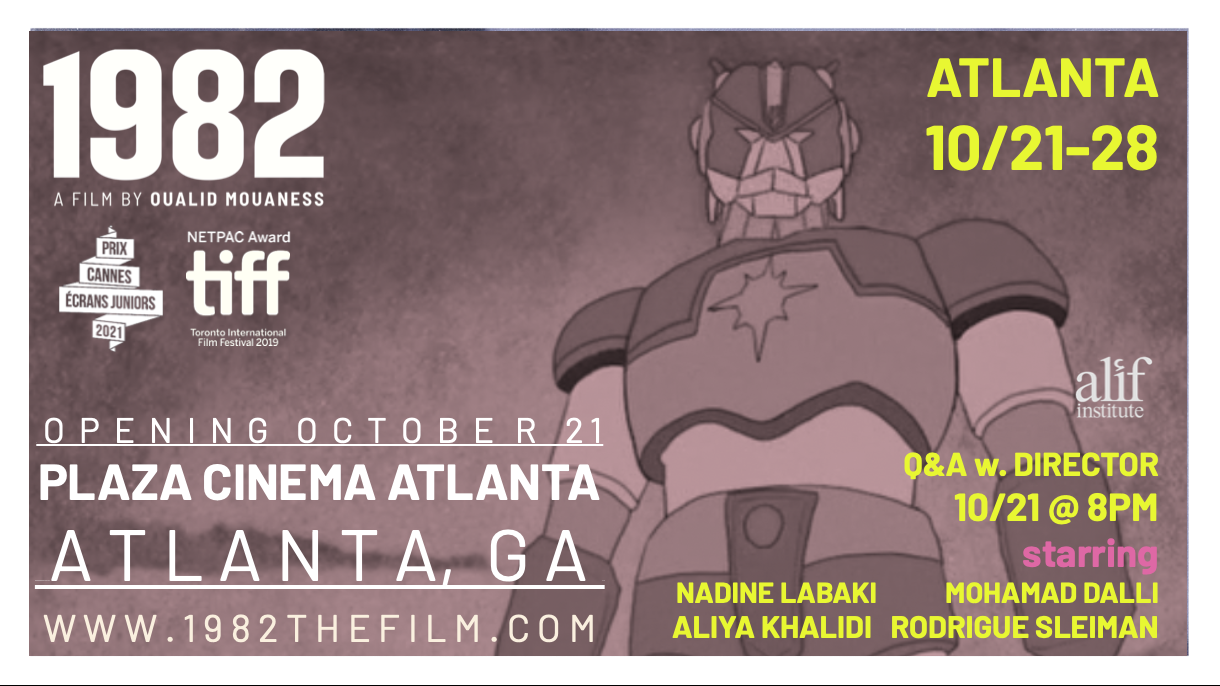 Alif Institute is proud to collaborate with Director Oualid Mouaness to present his last film, 1982, at the Plaza Theater Plaza Atlanta! Stick around afterwards for a Q&A and meet the director!

A cinematic marvel… 1982 has you on the edge of your seat, heart in your throat from start to finish. In his first feature film, Oualid Mouaness delivers an ode to innocence in which he revisits one of the most cataclysmic moments in the history of Lebanon through the lens of a child and his overflowing imagination. It demonstrates the complexities of love and war and the resilience of the human spirit. 1982 opens at the Plaza Theater on Friday, October 21 at 8 p.m., followed by a Q&A with the director.

Synopsis of the movie:
“1982” is a coming-of-age tale set in an idyllic school in the Lebanese mountains on the eve of an impending invasion. It takes place over a single day and follows an 11-year-old boy’s relentless quest to profess his love to a girl in his class. As the invasion encroaches on Beirut, it turns the day upside down, threatening the entire country and its cohesion. Within the microcosm of the school, the film paints a poignant portrait of a society torn between its desire for love and peace and the ideological schisms that are sweeping its seams.

“1982” won the 2021 CANNES SCREENS JUNIORS AWARD (Cannes Cinéphiles) from the Cannes Film Festival, the NETPAC AWARD from the Toronto International Film Festival, a FIPRESCI International Critics award in El-Gouna and the UNICEF 2021 award among many others. The film was Lebanon’s official submission to the 92nd Academy Awards and holds the Murex D’Or, the award for best Lebanese feature film of the past two years.